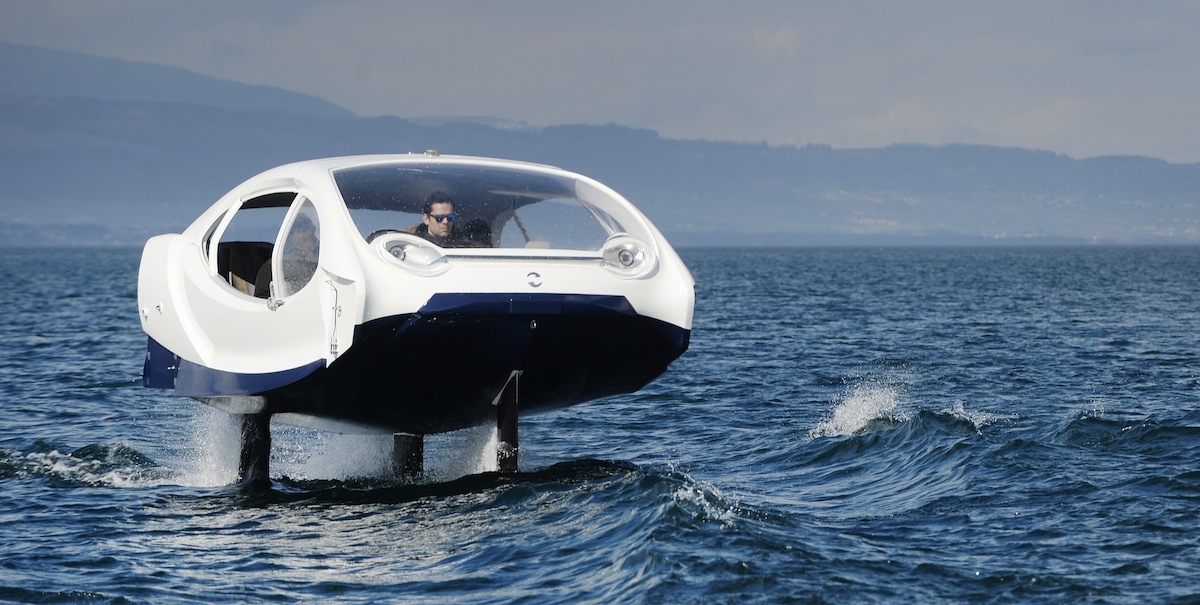 An interesting new sheltered waters water taxi concept was revealed on Switzerland’s Lake Geneva this northern summer. Normally, the announcement of such a hyped-up speculative concept would make your grizzled old reviewer laugh briefly before binning the press release. This one, though, is different. It has an impressive pedigree and great potential.

Despite the inevitable nonsensical “zero emission” claim that only applies in the few places where electricity is mostly nuclear, hydro, wind or solar generated, there is more to this concept than appears at first glance. Of course, Geneva is the perfect place to have launched it given Switzerland’s high proportion of renewable electricity generation. Obviously and unfortunately, in most other places, the electricity that will power these innovative and exciting craft will be coal, gas or diesel fuelled for quite a few years yet. 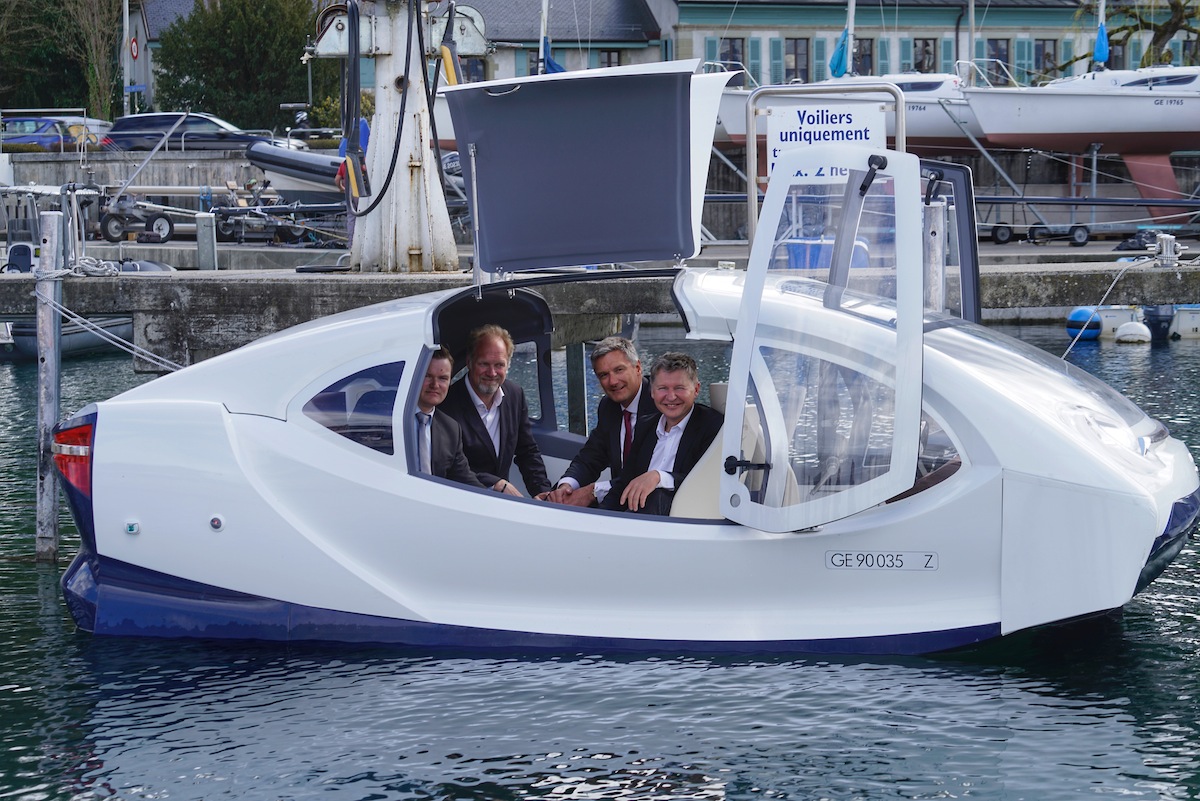 Nevertheless, the SeaBubbles concept comes with a fine pedigree. Its founders Alain Thebault and Anders Bringdal are European sailing superstars. Both have recorded speeds of more than fifty knots under sail. They have been pioneers of the kite surfing and hydrofoil sailing technology that has now captured the Americas Cup.

Their project, which has now been backed by some notable “business angels”, is also being supported by electrical giant ABB, the Geneva Cantonal authorities and the Swiss Department of Energy, Transport and Agriculture. While it “flies” over the water, it is no fly-by-night affair.

Indeed, its inspiration is reminiscent of the so-called “trickle down” effect of technological development that is claimed for Formula 1 car racing. It seems that the Americas Cup and the famous French long distance, high-speed yacht racing programmes, including in Bringdal and Thebault’s own huge “flying machine” trimaran L’Hydroptere, are having a similar effect with this concept. 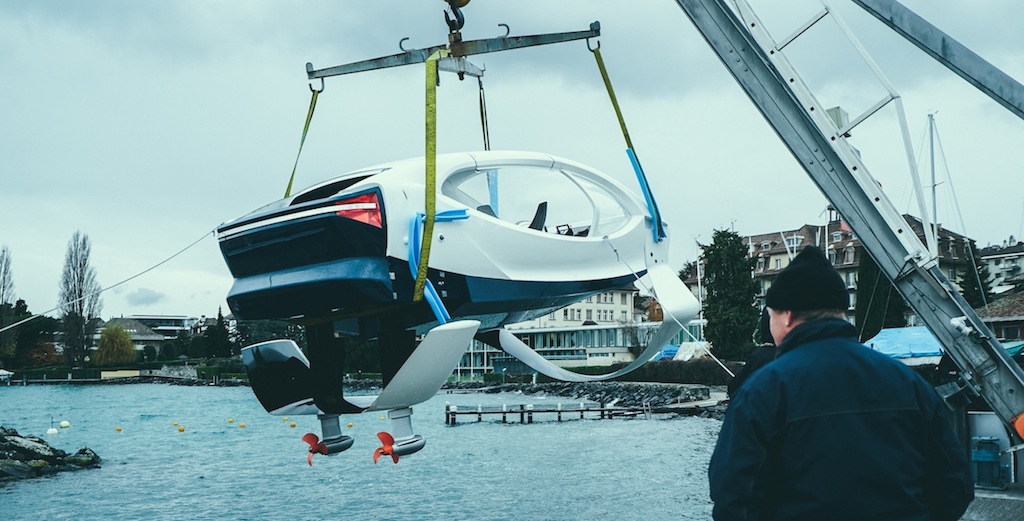 The concept centres on small, car-like, electric powered hydrofoil boats of about four metres by two metres with a draught of about 0.7 of a metre. The foils, which have clearly been derived from sailing boats, are large for the size of the boats. They are obviously effective as the transition from hull to foil borne is claimed to take effect from about six knots.

There are two “saildrive”-type propulsion units that appear very similar to the now well-proven Torqeedo system of electric outboard and inboard systems from Germany. The prototype is being fitted with ABB Ability’s Octopus “marine advisory system”, which apparently gathers and analyses data to optimise travel. It is claimed to provide real-time data to the SeaBubbles control centre, covering virtually every aspect of the boat’s operating status, whatever that means.

The SeaBubbles project appears to have captured a lot of imaginations so that it is well-funded. A crew of seventeen enthusiasts is employed on it. The concept incorporates a docking or berthing system that is used as a base for an extensive solar array on its roof. The simple system provides quick and easy charging whenever the boats are berthed as well as a sheltered waiting area for passengers. The hydrofoils, unlike with previous systems, do not extend beyond the sides of the boat. 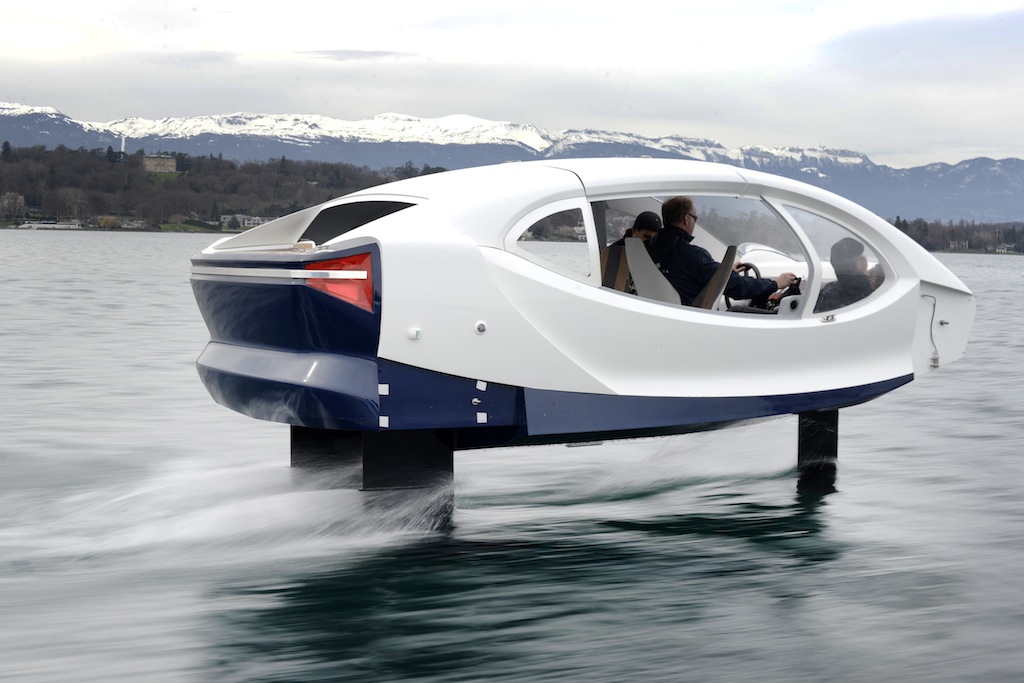 The prototype carries a pilot and four passengers and, of course, operation is almost silent. Once foil-borne, wash is practically non-existent. Construction is mainly lightweight, presumably carbon reinforced, FRP. Speed of the prototype is not provided but, also presumably, it will be well over 20 knots. Small waves or chop should be no problem but, at current sizes, they are clearly only intended for sheltered waterways.

Obviously, stability, buoyancy and freeboard will all be factors in obtaining operating certification for the boats. The concept is exciting and very promising but it seems likely that production models will be somewhat larger.

The accompanying pictures tell the story of the boats and their docking/terminal system. 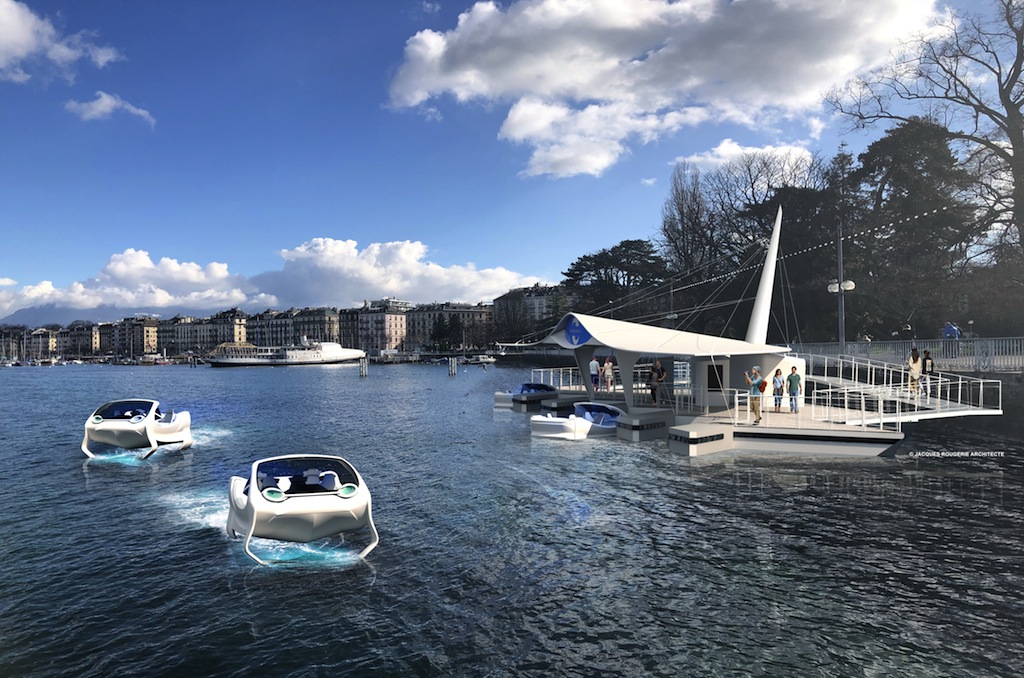