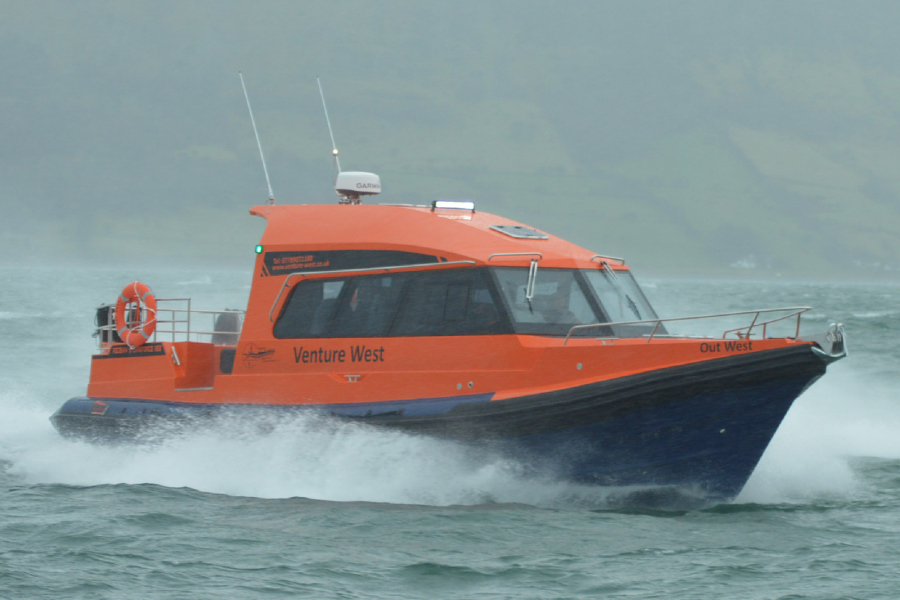 When Scottish tour operator Venture West needed a new vessel that could carry more passengers than its existing boats could accommodate, the company turned to Redbay Boats, the Cushendall, Northern Ireland-based builder that has been supplying small commercial and leisure watercraft to various customers throughout Europe for over 40 years.

The newest addition to the Venture West tour boat fleet is Out West, a newbuild cabin rigid inflatable boat (RIB) boasting a length of 11.5 metres and a beam of 3.8 metres. It also has MCA Cat3-coded, coach-style seating for 12 passengers plus space for up to 1,000 kilograms of luggage and other equipment in the bow as well as seating for a crew of three. A small toilet has also been fitted on board. 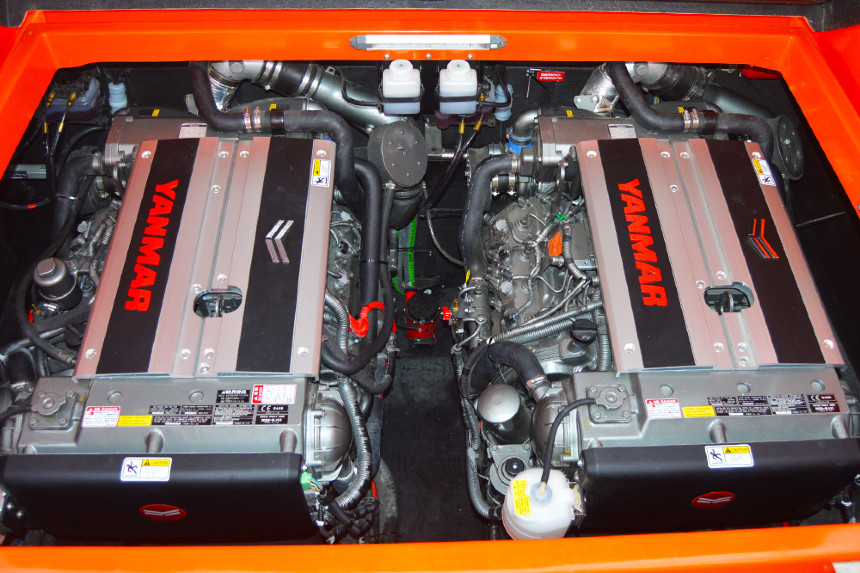 Two Yanmar 8LV-320 260kW inboard engines are connected to a pair of Yanmar ZT370 sterndrives to deliver a cruising speed of 25 knots and a maximum speed of 38 knots. Fly-by-wire controls have also been fitted to ensure smoother, quicker responses to operator input.

Much of the onboard electronics including the GPS, radar, autopilot, AIS, and VHF radio were supplied by Garmin while Seaglaze provided the boat’s weather-tight door and frameless cabin windows to help provide protection from the elements. The RIB also has an LED light bar mounted on the roof and USB charging ports situated throughout the cabin interior.

As Venture West owner and boat skipper Sandy Campbell explained to Baird Maritime, Out West is not the first Redbay vessel to be delivered to his company, which operates out of Crinan on regular sightseeing excursions in the Sound of Jura and the Gulf of Corryvreckan off the west coast of Scotland.

“This is the third vessel I have had built by Redbay Boats. I have been a returning customer to Redbay because not only are the company’s boats suitable for a wide range of uses, they can also handle poor conditions while ensuring comfort for passengers and crew, and their fairly shallow draughts allow access to tidal piers and other areas that would otherwise be inaccessible.” 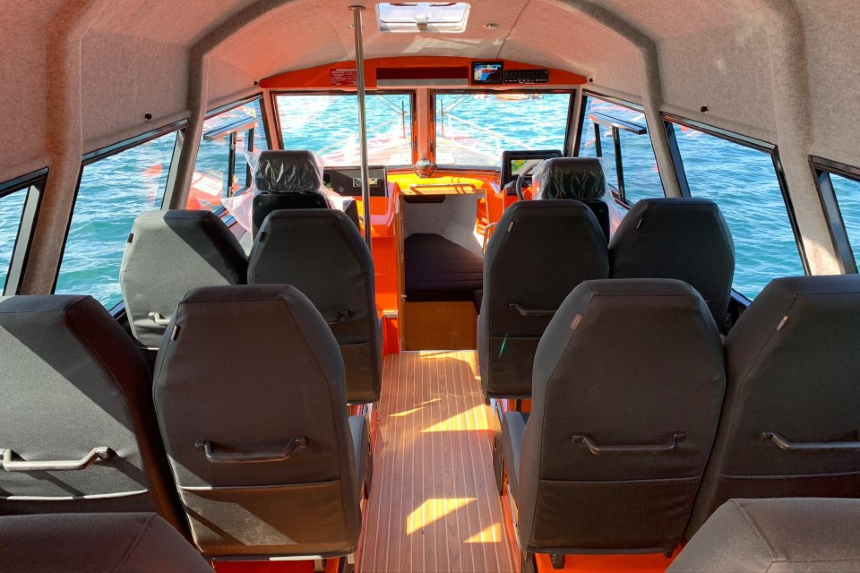 Sandy adds that Out West is notable for being the first in Redbay’s 11-metre RIB range to be optimised for commercial use. This is due to its having a wider beam and a bigger cabin compared to earlier boats of similar length from the same series.

“One of our older boats that has since been retired was a 10-metre Redbay RIB, but it had been licenced to carry only 10 passengers. I had ordered Out West and a 12-metre boat to be built by Redbay so that a full complement of 12 passengers plus luggage and equipment could be carried by each boat at any given time.”

The greater onboard space also means that passengers will be able to move more easily between the cabin seats and the boat’s open rear deck if they wish to enjoy an unobstructed view of the surroundings.

Out West has already begun sailing on sightseeing trips in the Sound of Jura, an area that is home to many species of diverse wildlife such as eagles, minke whales, seals, dolphins, basking sharks, and puffins as well as an assortment of natural and historical landmarks that include the three 700-metre-tall, cone-shaped peaks known as the Paps of Jura. As with the other boats in the Venture West fleet, the newbuild will also be available to provide a range of commercial services if needed. This means that the new RIB may also be hired to perform surveys, filming and media support, and private ferry and courier sailings among others.