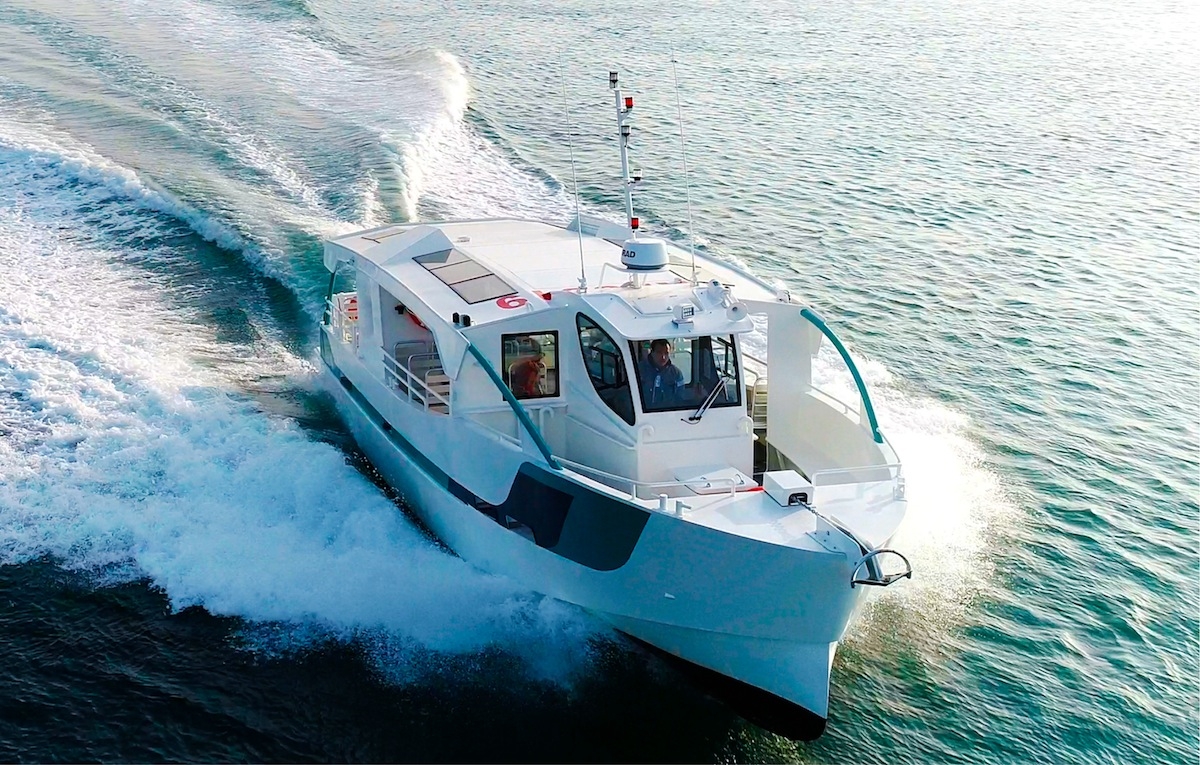 French-led boat builder ODC Marine, based in Dalian, China, has just launched a new 12-metre tourist boat, which will operate among Les Îles d’Or (the Golden Islands) of Hyères in the south of France.

The owners are two entrepreneurs, and O2 is their first boat. They were looking for a tourist vessel that would provide them with a unique, high-end experience and a solution with environmentally friendly credentials.

The design of the aluminium, 50-passenger vessel was developed with French naval architects with a particular focus on optimising the tunnel hulls, which according to ODC reduce fuel consumption and generate a cruising speed approximately 15 per cent in excess of classic hull designs.

O2 is powered by a hybrid propulsion system comprising two diesel engines (for regular cruising) and two electric motors for use in restricted areas (two hours at 5.5 knots)

The parallel hybrid technology used has been the ODC Marine standard since 2012 – a lithium iron phosphate pack, delivering two hours of autonomous electric power, rechargeable when berthed, or by diesel.

ODC said it continues to use lithium iron phosphate technology because it is the most stable and safe battery configuration. The company expects to be able to move to a new, denser technology within two to three years.

For the electric propulsion solution, ODC worked with Kolektor, Orion and CALB, industry leaders in the adaptation of CAN bus protocols for boat systems, which provide high-reliability with 30 per cent fewer cables than standard connections. 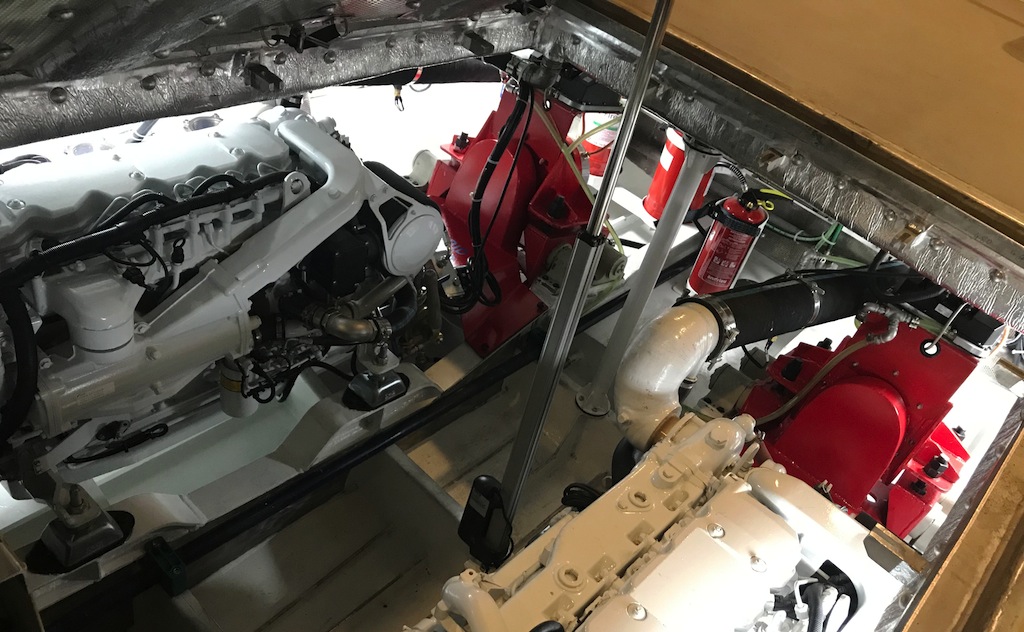 According to ODC, on the 12 metres in length available for O2, the space to integrate a hybrid propulsion system was very limited, and controlling the weight of the vessel while reducing vibration and noise represented a serious challenge.

In collaboration with French acoustician Jean-Philippe Delhom, this issue has been a focus of OCD Marine for three years. Reducing noise and vibration means controlling the environmental impact of sound and vibration, as well as providing an improved experience for both passengers and crews.

ODC’s goal is to make comfort a signature feature of the brand. Such improvements are an incremental process, with the performance of each vessel measured after it launches. 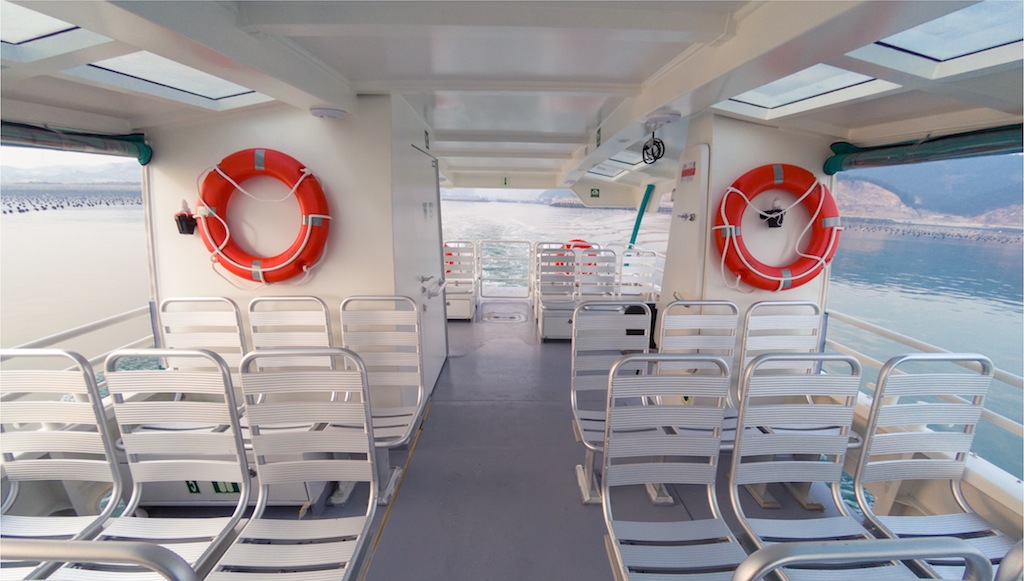 During a boat’s production and life cycle, painting has one of the strongest environmental impacts. Paint solvents contain high VOCs harmful for both those performing the application and the environment.

ODC has worked on this challenge with French company Mäder to adopt a waterborne painting process for its vessels. The results of this collaboration have been the replacement of solvents with water, and a decrease in VOCs to nearly zero.

Mäder is a global leader in environmentally-friendly technologies, which are already used in the automobile, railway, and aerospace industries. In transferring this technology and these practices to aluminium vessels, ODC Marine believes it is the first shipyard to address the challenge of the environmental impact of vessel painting in this manner. 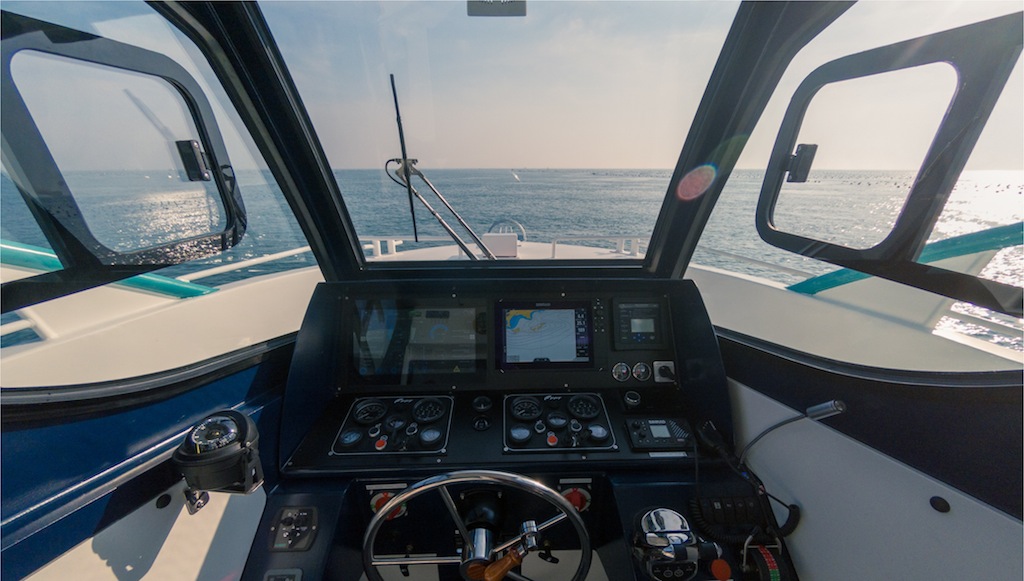 All alarms and controls are centralised on a single touchscreen monitor to meet the specific functions of the vessel: tank level measurement, engine alarms, navigation lights, fire detection, electric motors diesel engines supervision. Such centralisation simplifies navigation and the use of equipment by the crew. 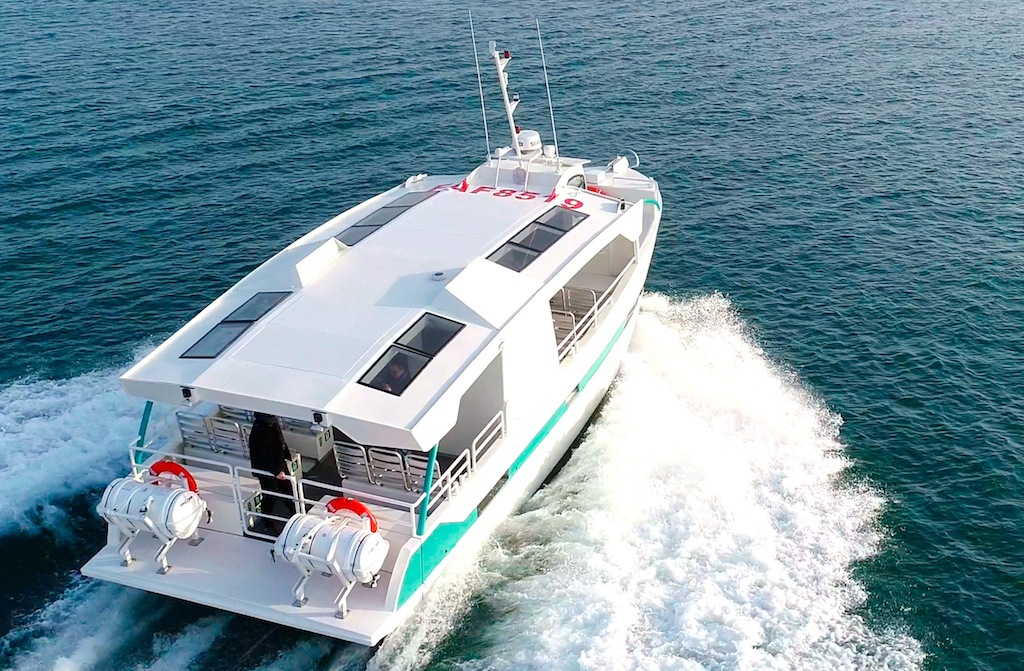 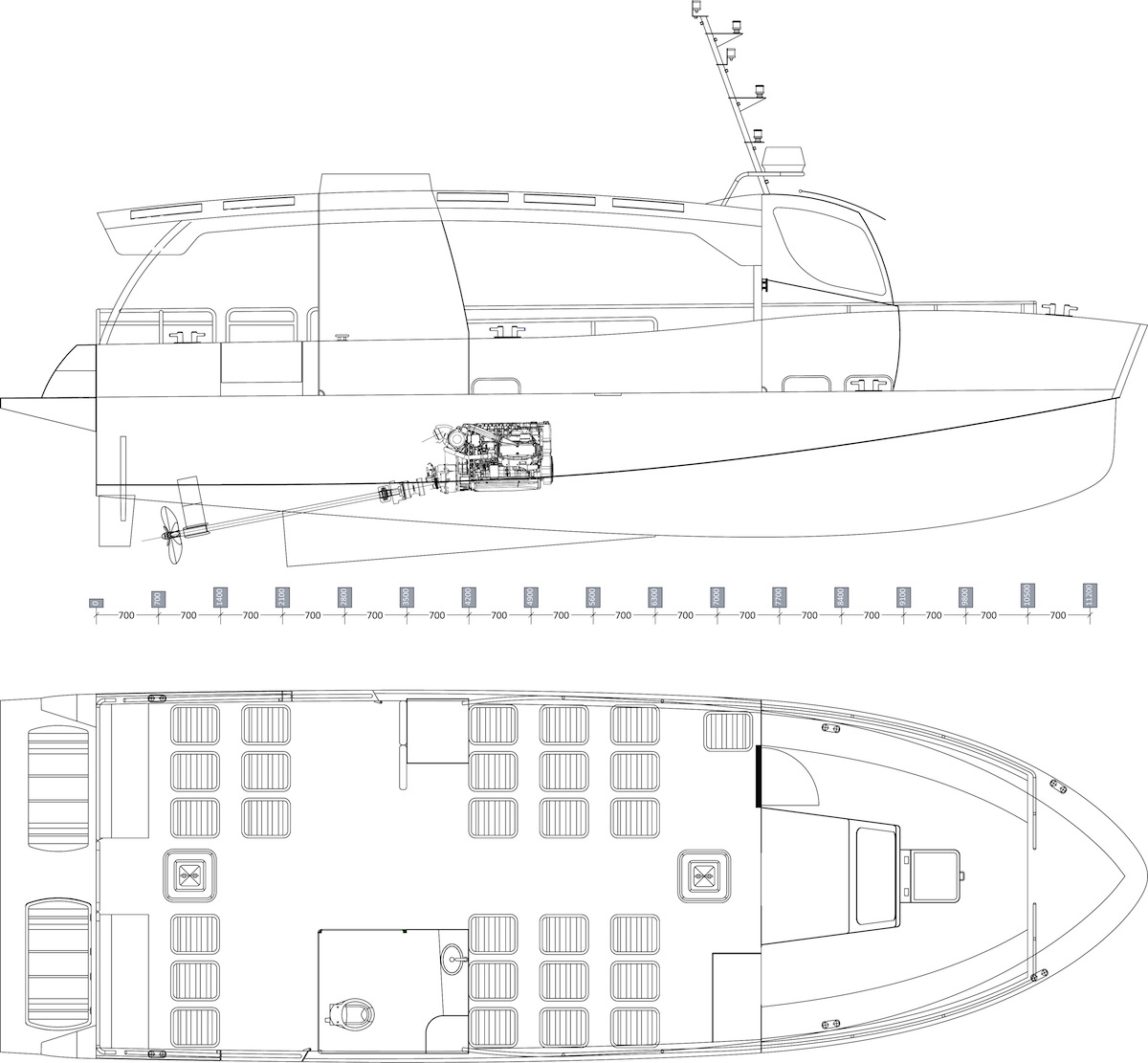