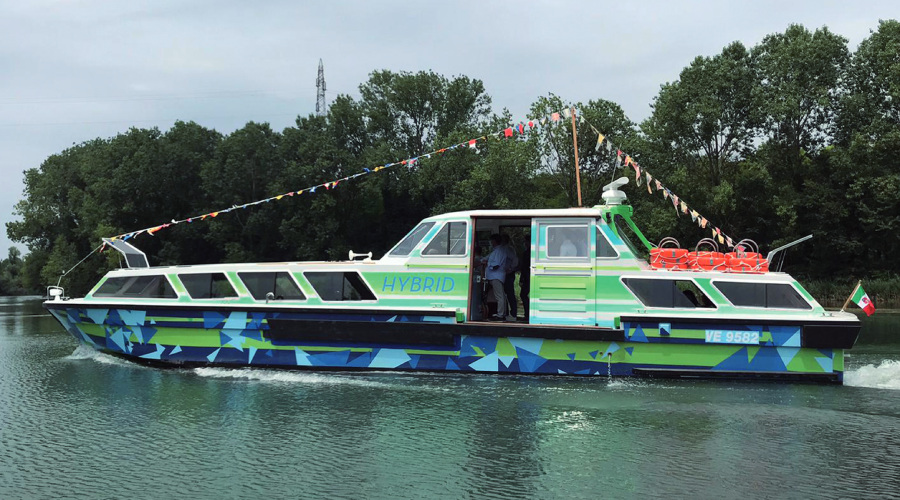 The FRP vessel Green Power is being operated mainly in the northern part of the famed lagoon, connecting the islets of Torcello, Sant’Erasmo, Murano, and Burano and a portion of the Sile River. 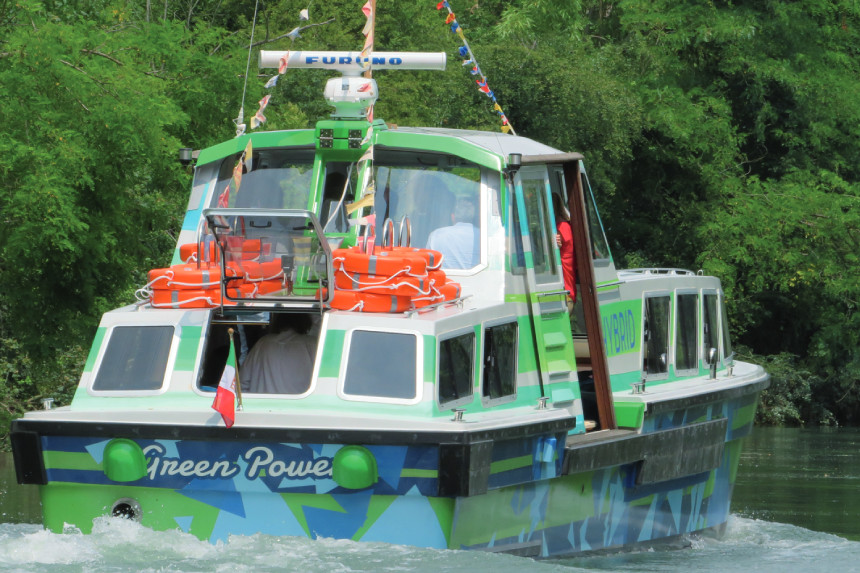 Green Power has a length of 16.5 metres, a beam of 3.5 metres, a displacement of 18 tonnes, and seating for up to 50 passengers. The boat’s prominent livery, which is a mix of emerald and seawater colours as well as triangles meant to depict the ripples caused by ocean waves, is the work of celebrated local artist Emmanuelle Pianzarini.

The sightseeing boat was built from the outset to be powered by a hybrid electric propulsion system, making it one of the first hybrid electric-powered passenger vessels to be operated in the Venice Lagoon. The hybrid propulsion arrangement consists of an FPT Industrial C90-380 diesel engine with a rated output of 220 kW and a FIMEA Engineering electric motor that produces 60 kW. This motor is supplemented by batteries, which are designed to be capable of recharging while the diesel engine is in use. The batteries also supply power for the vessel’s Furuno radar and other onboard electronics. 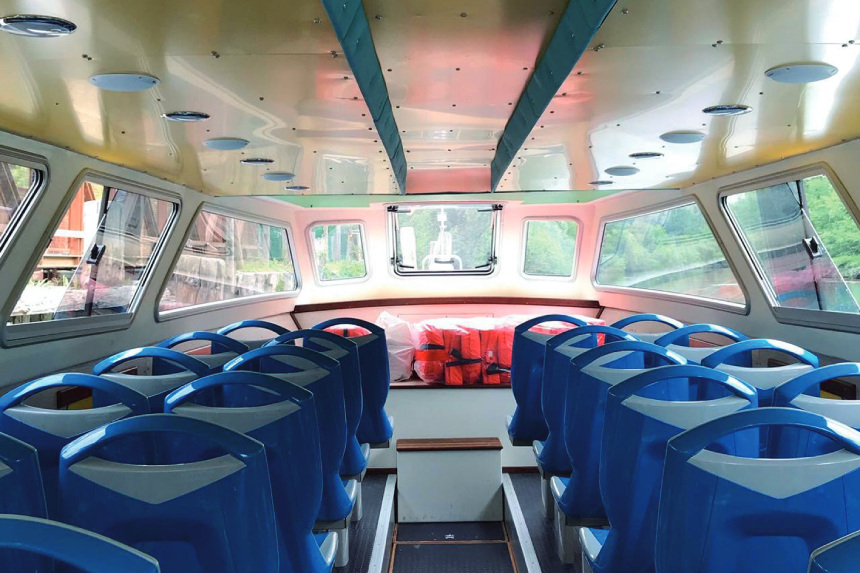 Full electric mode will be utilised for low-speed and low-emission sailings so as not to disturb the fragile marine environment in Venice’s many canals. Studioplast owner Guiliano Vincenzi said that sailing at six knots will allow the boat to operate for up to six hours on a single full charge of the batteries.

Mr Vincenzi added that fully charged batteries will also enable the boat to cover all 95 kilometres of the Sile River in a single trip, or sail along the entire length of Venice’s Grand Canal up to five times. This translates into lower operating costs, as the boat will have fewer logistical requirements while serving the same number of trips in a day. 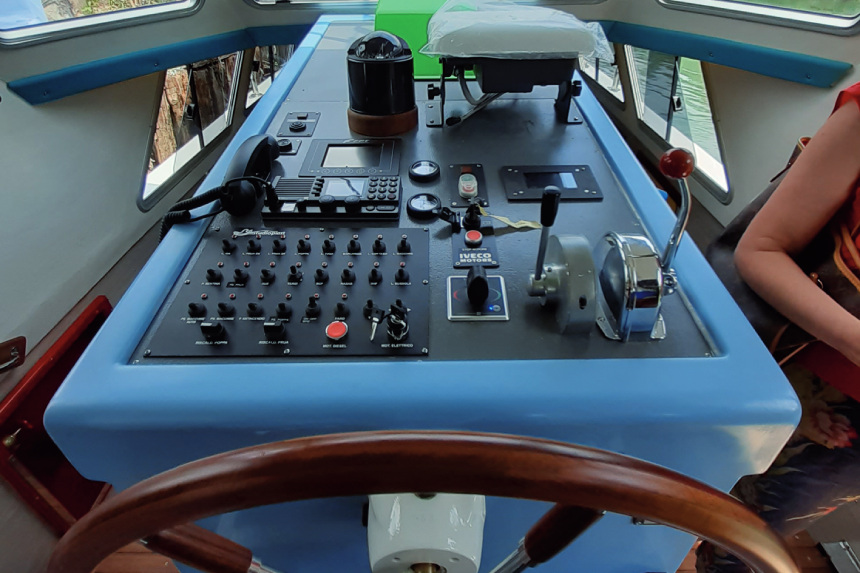 Diesel-only mode will be used during emergencies or to enable higher transit speeds, and the electric motor can even provide additional propulsive power for the diesel engine in “boost” mode if required. The electric motor, however, will remain the vessel’s primary means of propulsion due to environmental considerations in Venice’s waters.

Green Power was delivered to Venice by Boat in the middle of 2020 and has since been sailing on scheduled trips along with many other vessels in the owner’s fleet. 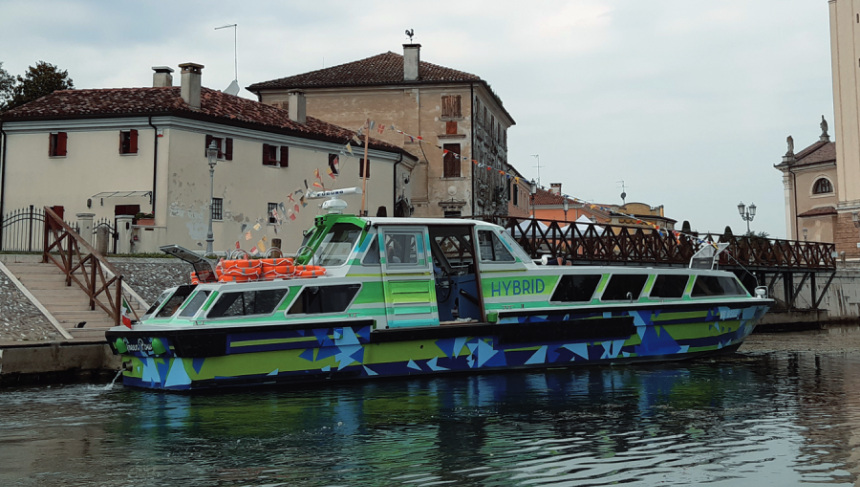