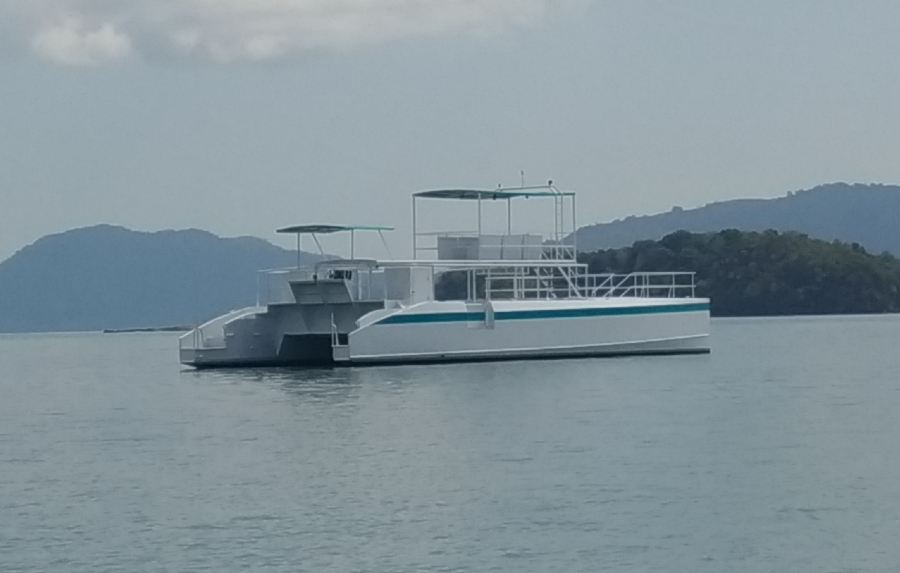 Thai shipbuilder Pi Marine and Engineering has handed over a new luxury sightseeing vessel to Malaysian tour company Crystal Yacht Holidays. Named Crystal Singer, the catamaran vessel will be operated primarily in Langkawi, the northwestern Malaysian archipelago that is popular for its many beaches and other natural attractions.

The aluminium-hulled Crystal Singer has an LOA of 18.14 metres, a beam of 7.51 metres, a depth of 0.7 metres, a draught of 0.7 metres, and a displacement of 16 tonnes at full load. The newbuild is notable for being one of the first luxury passenger vessels in Langkawi that have been licenced to carry 70 passengers whereas most of the existing vessels are limited to only 40.

The builder further claims Crystal Singer is the first vessel to be registered with a class certificate to operate with 70 passengers aboard for day and sunset trips in Langkawi, having been built for that specific purpose and subsequently inspected and tested by Ships Classification Malaysia (SCM). 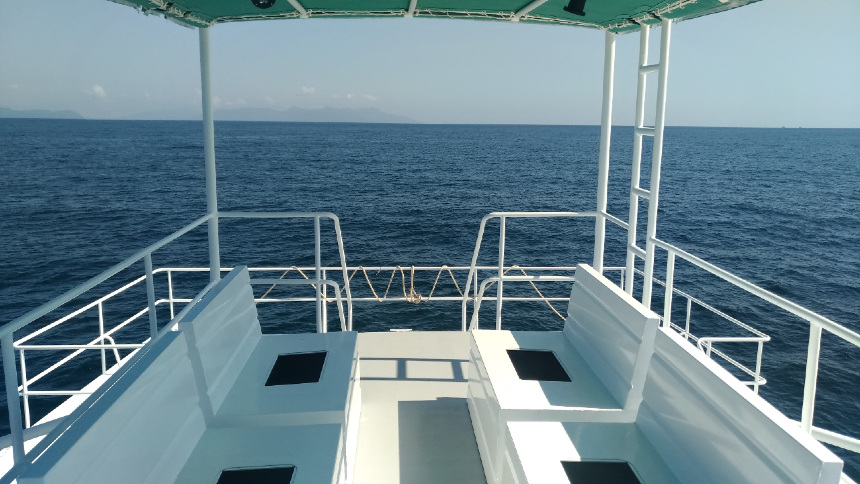 The new vessel was built in fulfilment of a requirement for an 18-metre catamaran that could accommodate 70 guests plus a crew of five and that had a cruising speed of seven knots. Crystal Yacht had also requested that adequate space be allotted for a VIP-only upper deck.

“The biggest challenges we faced in building the vessel were related to the fact that this was the first catamaran we had built to a class requirement,” Pi Marine told Baird Maritime. “The difficulty was in meeting SCM’s requirements, which had not been offered to us up front. We thus ended up having to submit detailed plans at various times throughout the construction process, which did not make the job any easier.”

The builder nonetheless remarked that, despite this initial difficulty, the work done on Crystal Singer ended up teaching valuable lessons that have since been applied in the construction of a similar catamaran for another client.

The owners had also specifically requested that the new vessel be powered by Dong Seng diesel engines, which are actually Cummins engines that are manufactured under licence in China. Pi Marine claims this was done partly to guarantee that spare parts would be readily available when needed, as these same engines are very common among the many fishing boat fleets that operate throughout Malaysia.

Although capable of sailing up to 200 nautical miles in between refuelings, the vessel will operate mostly in bays, inshore waterways, and near-coastal areas. This also means it does not require much in terms of onboard electronics, possessing only radar, AIS, GPS, a depth sounder, a VHF radio, a steering compass, and a fire suppression system. Nearly all the electronics were supplied by Raymarine.

Even the deck equipment setup is as simple as the vessel itself. This includes a Maxwell 12VDC winch and a CQR Manson anchor. The anchor system had been installed in such a way that the chain runs under the foredeck but the system itself is controlled from a forward area that is completely isolated from the guest area for increased safety.

In the event of an emergency that would necessitate evacuation, the passengers and crew have access to two life rafts that could accommodate up to 40 people each. 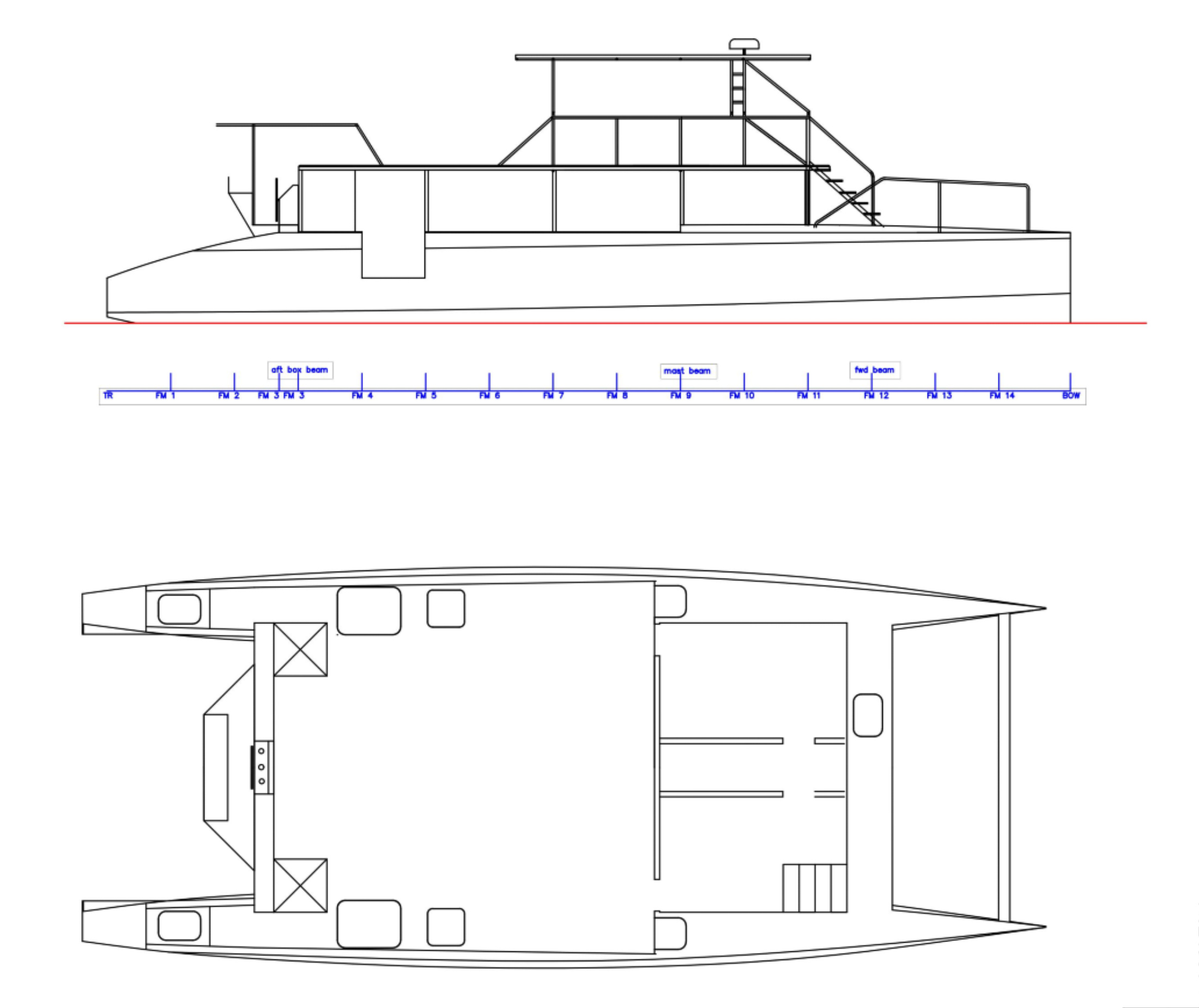