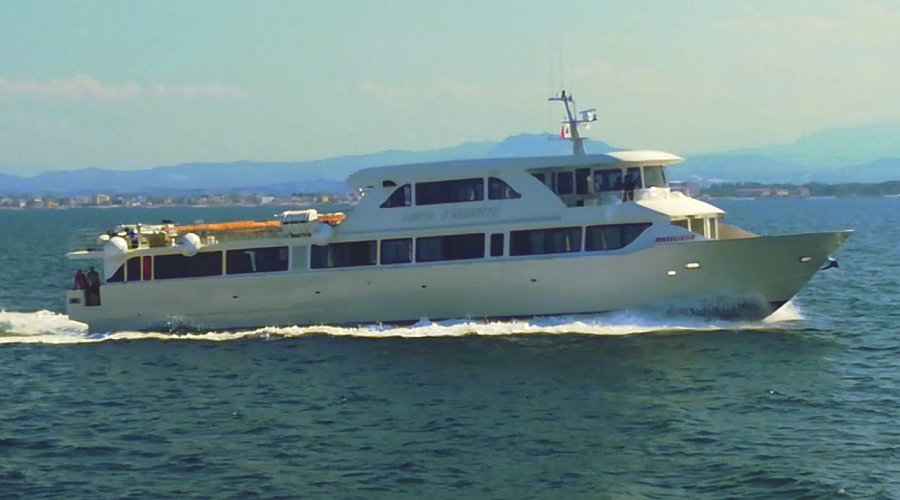 The construction, designed by Tecnonavi, is made with a reinforced FRP hull and measures 34.04 metres long and 7.4 metres wide. 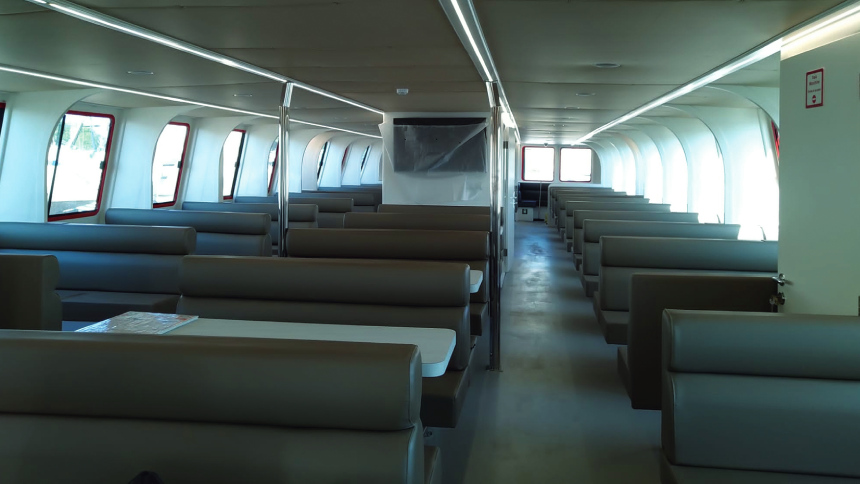 On the stern side are two toilets, a galley for the crew, and a stockroom for the stowage of goods that are necessary for the liner service that the vessel sails on every day.

A novelty on this boat is access to the engine room, which consists of an electrio-hydraulically operated hatch as an alternative to the traditional access points. This  allows convenient access for maintenance and repairs. Two stairways, a large one at the stern and another one in the centre of the saloon, allow access to the sundeck.

Made of FRP like the hull, the sundeck is furnished with monocoque wooden benches. Also located on the sundeck is the wheelhouse, which features a furnished covered sitting area and two toilets in addition to the other two on the main deck. The dashboard shape was designed in such a way that is reduces the glare caused by sunlight. 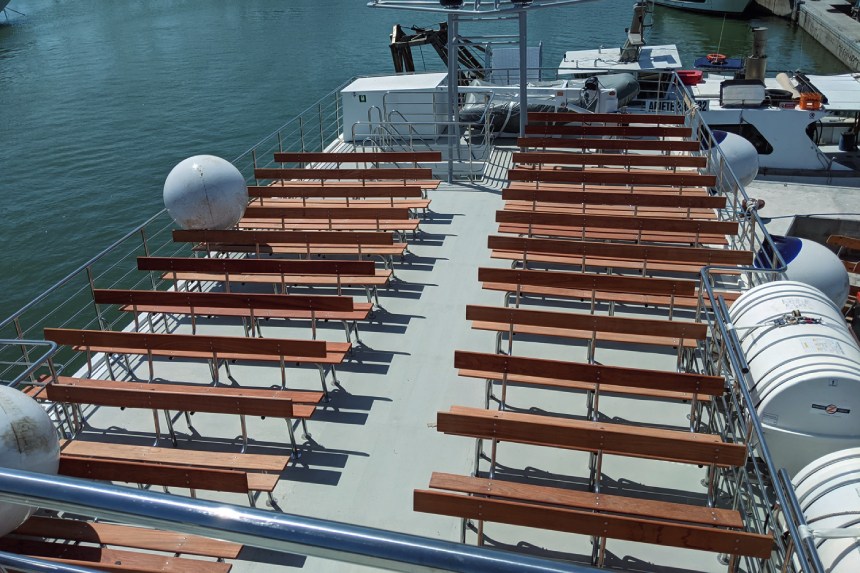 There are three control consoles. In addition to the main one, there are two control stations on the sides of the wheelhouse. These are placed on lateral balconies that guarantee high visibility. The consoles also feature controls for the engines, the rudders, and the two manoeuvring thrusters, one each at the bow and the stern.

The stern also has space for a lifeboat and a dedicated davit. Furthermore, via a steel ladder positioned behind the wheelhouse, it is possible to reach the third deck.

Power for the vessel is provided by a pair of 1,118kW engines driving five-bladed, fixed-pitch propellers. This arrangement allowed speeds of up to 20 knots to be reached even when transporting its maximum capacity of 450 passengers, a number that includes passengers with limited mobility such as disabled individuals.

All of Costa d’Argento‘s onboard hydraulic systems are made with cupro nickel pipes. A specific purifier is also installed to clean up the blackwater before it is discharged into the sea. 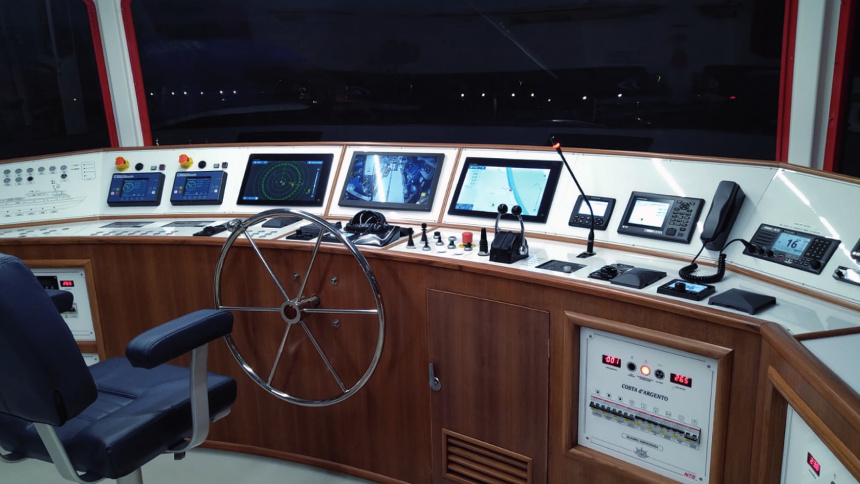 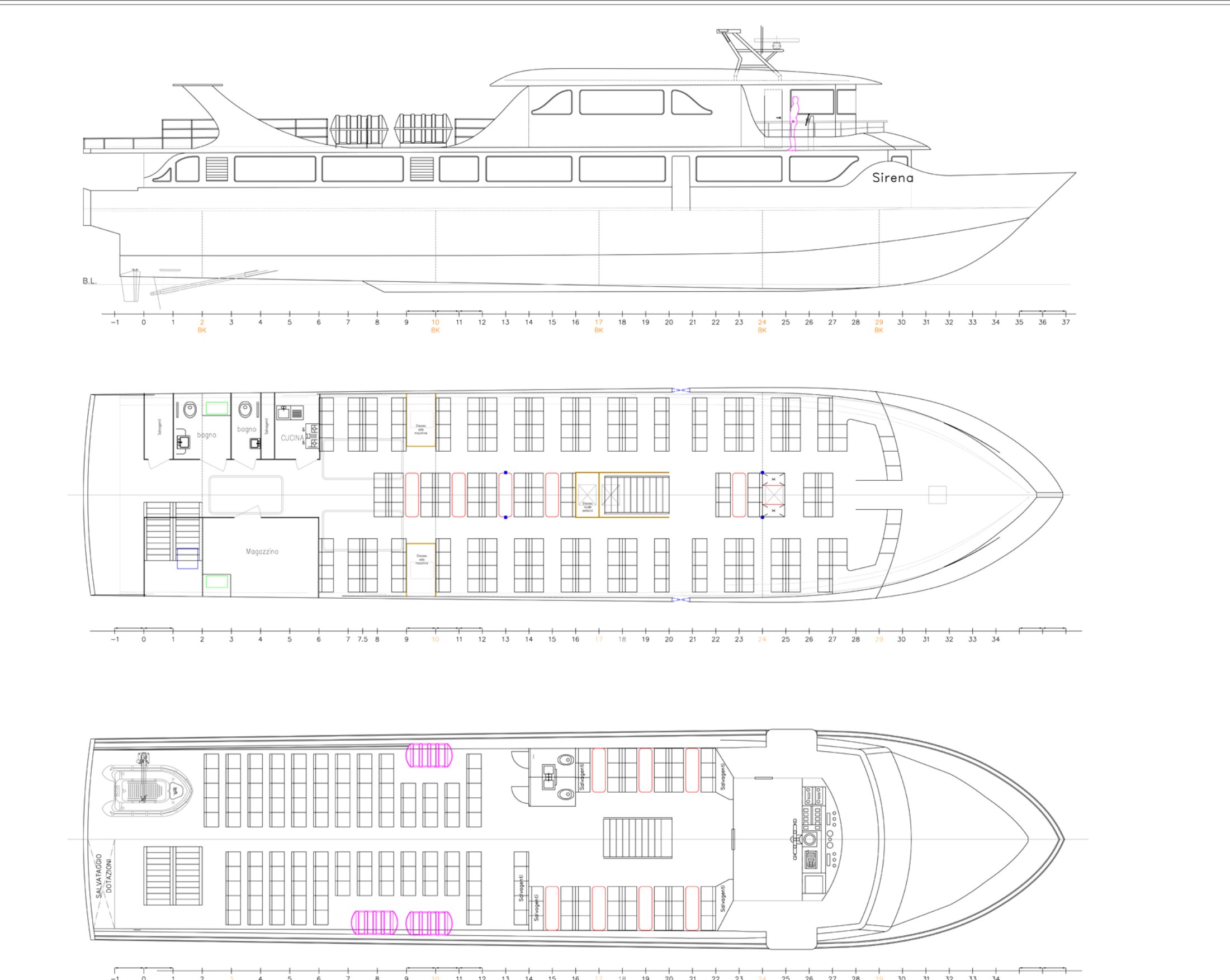