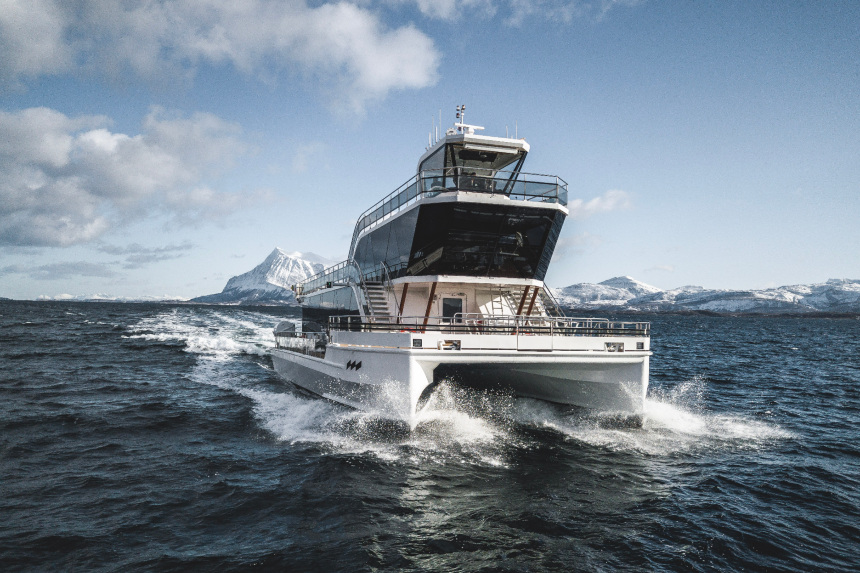 Named Bard, the vessel is designed for excursions in both the open sea and the country’s narrower fjords. However, it is expected to be used primarily in the waters of Svalbard, the Norwegian archipelago situated just south of the North Pole and which is perhaps best known for the Northern Lights and “midnight sun” phenomena. 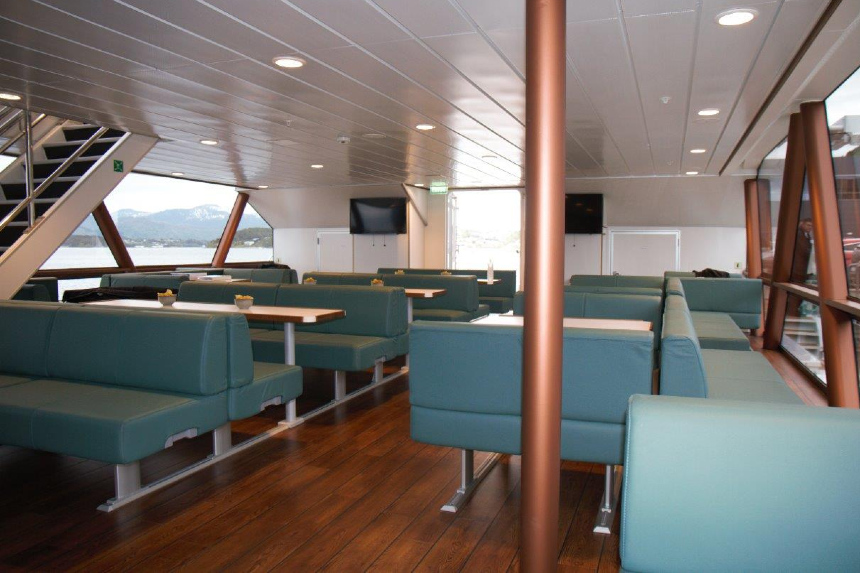 As with sister vessel Brim which was also built by Maritime Partner, Bard has an LOA of 25.2 metres, a beam of 11 metres, and space for up to 146 passengers and a crew of four. The main deck has seating for up to 94 passengers plus a small galley and kiosk that serves light snacks and refreshments while the upper deck could accommodate another 52 passengers indoors. Both the main deck and the interior upper deck are equipped with heating systems so that sightseeing trips are still possible even during days of mild winter weather. 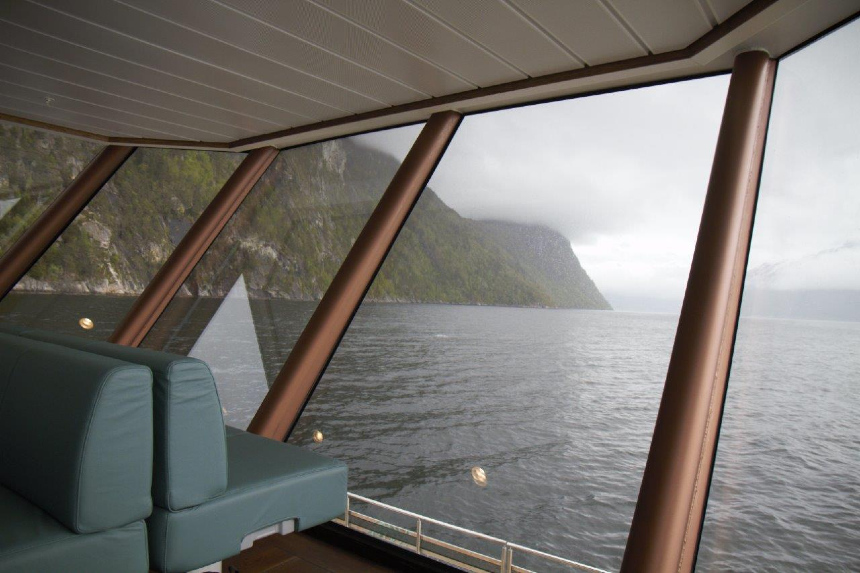 Large outdoor areas on both the upper and main decks allow passengers to enjoy an unobstructed view of the surroundings as the vessel sails along the Svalbard coast. However, it is also possible to see those same surroundings from within the heated cabins thanks to the installation of large panoramic Vetrotech windows provided by local supplier Glassolutions. Maritime Partner claims that both Brim and Bard were designed to allow outwards viewing, and so the interior seats on the two vessels have been laid out in such a way that passengers would get to see Svalbard’s natural surroundings “from the front row” on each trip.

The vessel’s main propulsion consists of two Scania DI13 engines that drive a pair of Servogear controllable-pitch propellers. The engines could operate solely on electrical power supplied by a Corvus Energy 800kWh battery pack. Maritime Partner said the vessel is flexible enough that shore charging of the batteries can be done even in ports with limited facilities other than standard 400V/125A electrical outlets.

Bard has been fitted with a hybrid electric propulsion system that would allow either pure electric, pure diesel, or diesel-electric operating profiles. Up to 10 hours of battery-only sailing at 10 knots is possible to ensure sustained low-emission operations. In hybrid mode, the vessel could travel longer distances even at higher speeds approaching 20 knots, and a diesel-electric “boost” mode is also available to enable the vessel to reach a maximum speed of 22 knots if necessary.

Whichever operating profile is chosen, though, significant efficiency is achieved with the help of the hull since it features technology that not only keeps the catamaran stable but also uses the energy from surface water waves to generate additional forward thrust. 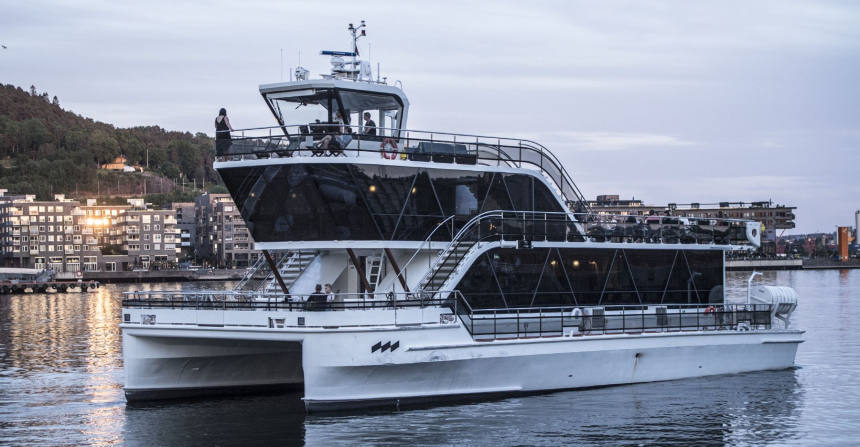 The hull is made from recycled aluminium that, in addition to being lightweight, was also designed to be recyclable in the future. This is to further reduce the environmental impact even as the vessel is disposed of once it reaches the end of its expected service life.

The hybrid electric propulsion system and the lightweight aluminium construction allow Bard to generate little to no noise and vibrations while sailing, thus making it possible for the vessel to operate without having any adverse impact on the environment in its immediate surroundings. Passengers are therefore better able to see and hear the sights and sounds of Svalbard’s coastline and waters, including the diverse wildlife for which the region is also well-known. To further enhance the experience, the vessel has an assortment of camera-equipped underwater drones from Blueye Robotics as well as hydrophones so that passengers could also experience for themselves the undisturbed sights and sounds beneath the waves.

Bard’s first season will see it operate in Lofoten, another archipelago in northern Norway. Once that season ends, the vessel is expected to be again kept busy with sightseeing trips around Svalbard in the summer and whale-watching excursions in Tromsø in the winter. 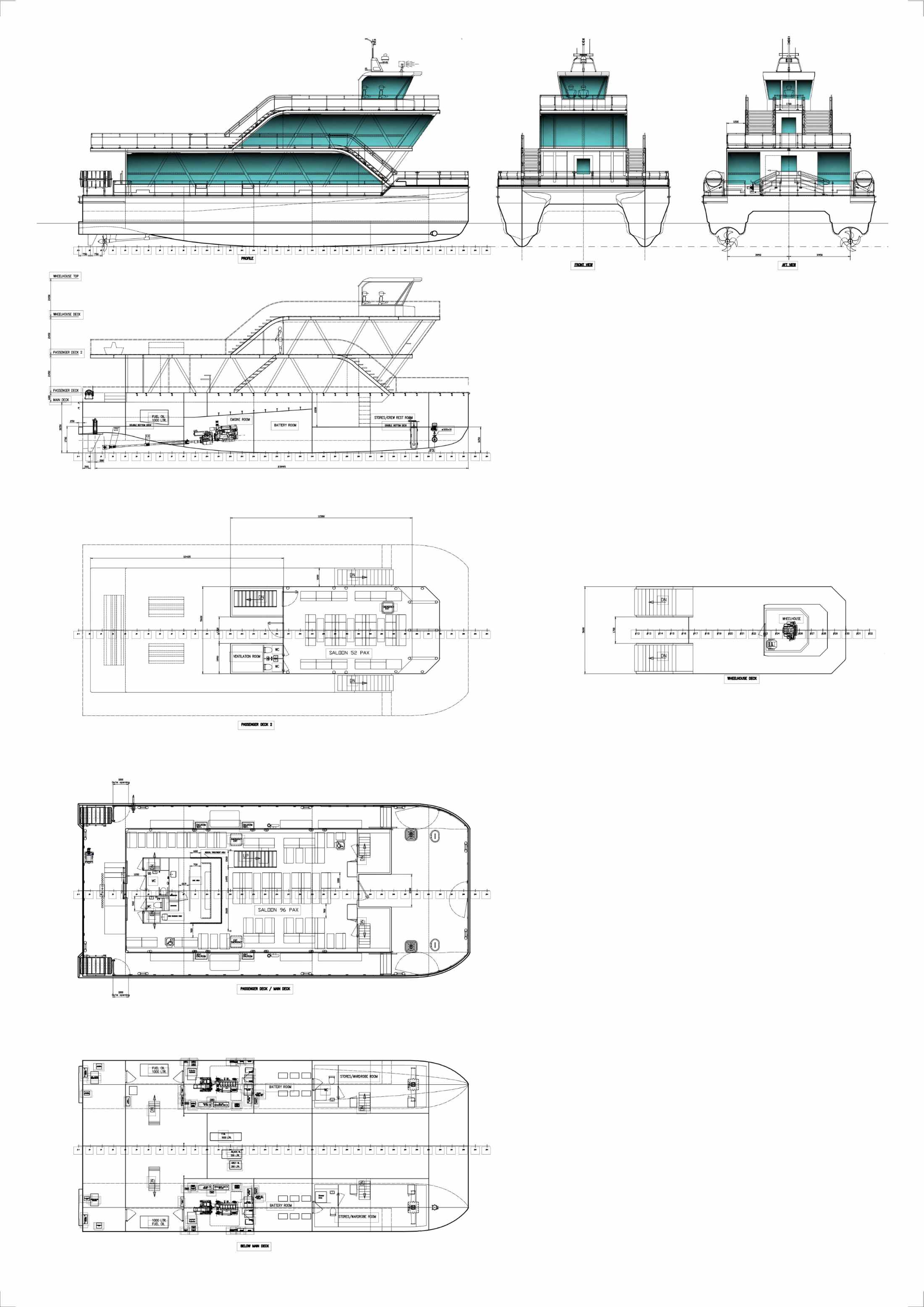