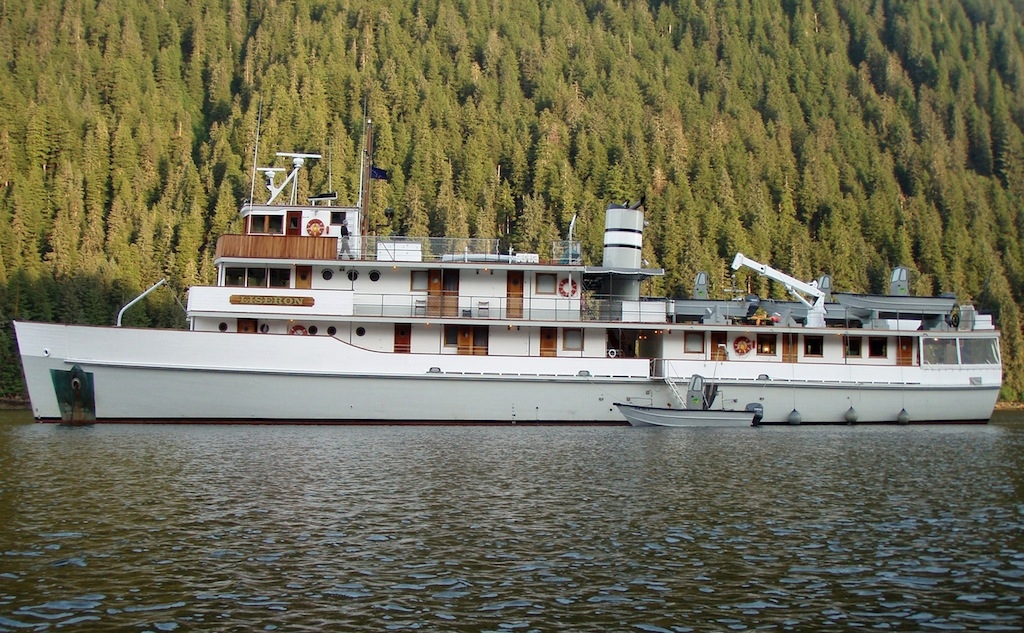 Thousands of people travel Alaska on mega-cruise ships each year, but only a handful get to cruise Alaskan waters on the immaculate Liseron. Built in Seattle in 1952 by the US Navy as a minesweeper she was sold to France, but returned to Seattle in 1990 after being lovingly converted to yacht-class in Florida.

The late Michael Allan McIntosh, philanthropist and environmentalist, founded The Boat Company in 1979, initially as a program of The McIntosh Foundation. The Liseron joined The Boat Company’s first vessel, the Observer (herself a former inland coastal minesweeper). Their mission: to educate the public as well decision makers, about the challenges faced in the Tongass National Forest, and the importance of the natural habitat of Southeast Alaska through eco-cruises.

Following his death in 2015, McIntosh’s sons, Hunter McIntosh (who has been employed by the company for over 15 years), assumed full management of the vessel, together with an identical aluminium-hulled replica vessel, to continue the work set out by the founder. 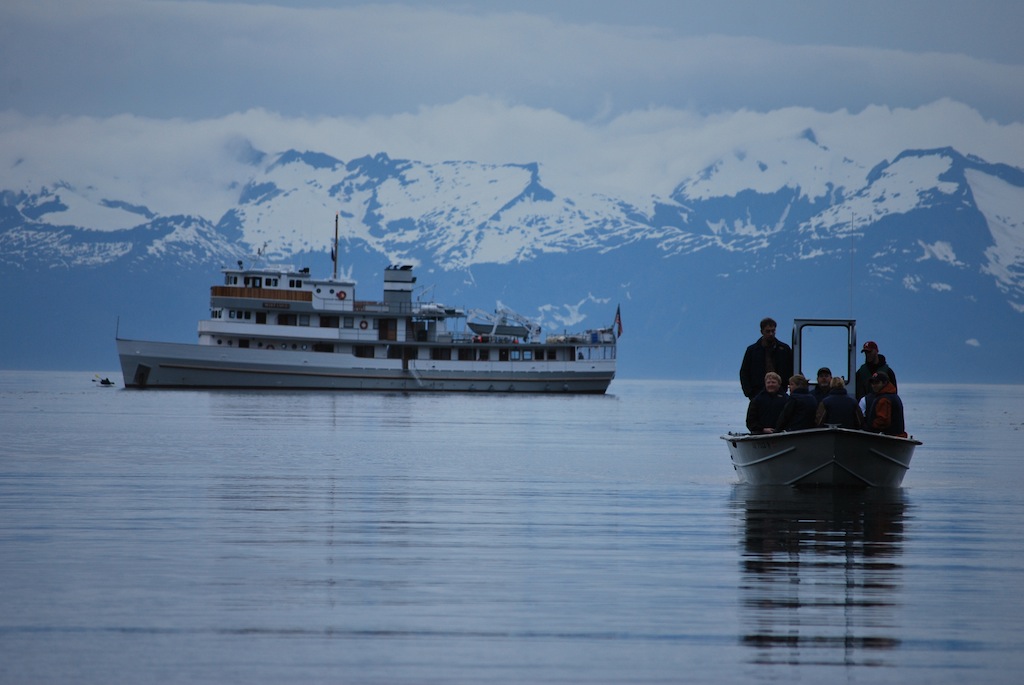 No matter how well cared for, and the Liseron is definitely Bristol-fashion, boats need periodic upgrades. This past winter, the 44.2- by 8.5-metre wooden hulled beauty was re-powered. One of her two original eight-cylinder Cleveland 8-268A diesels (335 kW at 1,200 rpm) was still in reasonable working order. The port engine had given out just months earlier while operating in Alaskan waters. Parts were becoming a challenge to locate in a timely manner. Bearings, special ordered from overseas were disintegrating within a year and, worse yet, small pieces of babbitt were clogging lube oil passages.

The decision was made to re-power. The two dry-base Cleveland diesels were lubricated from 380-litre reservoir tanks mounted under the engines. Additional lube oil storage was on the forward bulkheads. All of this would have to be removed and, with it, would go about 40,000 pounds. 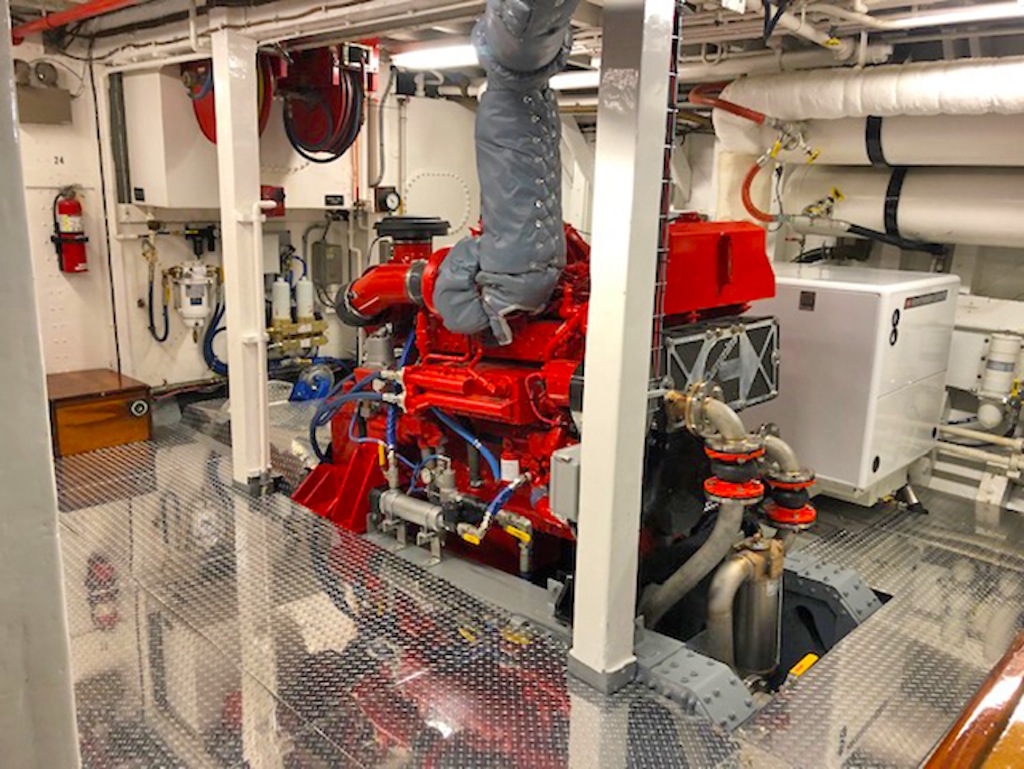 The replacement engines were a pair of electronically controlled six-cylinder Cummins QSK19 diesels producing 375 kW at 1,800 rpm. The combined weight of the new engines, plus gears and shaft brakes would be about seven tonnes.

In mid-January, having already followed the calculations of Sam Waterhouse of Elliott Bay Design Group they were ready to do the incline test with the US Coast Guard. Tankage was all set up either empty of full so as to avoid free surface effect. Massive weights belonging to Pacific Fisherman Shipyard in Seattle, where all of the work had been done, were arranged on top of the deckhouse. A plumb line had been set up and the adjustment of weights to replicate “at sea” conditions was ready to begin. Gusty winds were a concern but, as they were mostly on the stern, the decision was made to proceed.

In the final analysis the Elliott Bay calculations proved accurate and the Liseron was granted her clearance. There remained more work to be done prior to the vessels scheduled departure to Southeast Alaska on in May.

In the engine room, the in-line six-cylinder Cummins engines were much smaller than the big in-line eight-cylinder Cleveland machines. The new 4.52:1 Twin Disc gears coupled to the 10.8cm shafts with new shaft brakes from PPC Marine changed the size of things aft of the engines. New deck plating would be added fore and aft to bring the engine room back to the pristine condition that was the norm before the re-power. 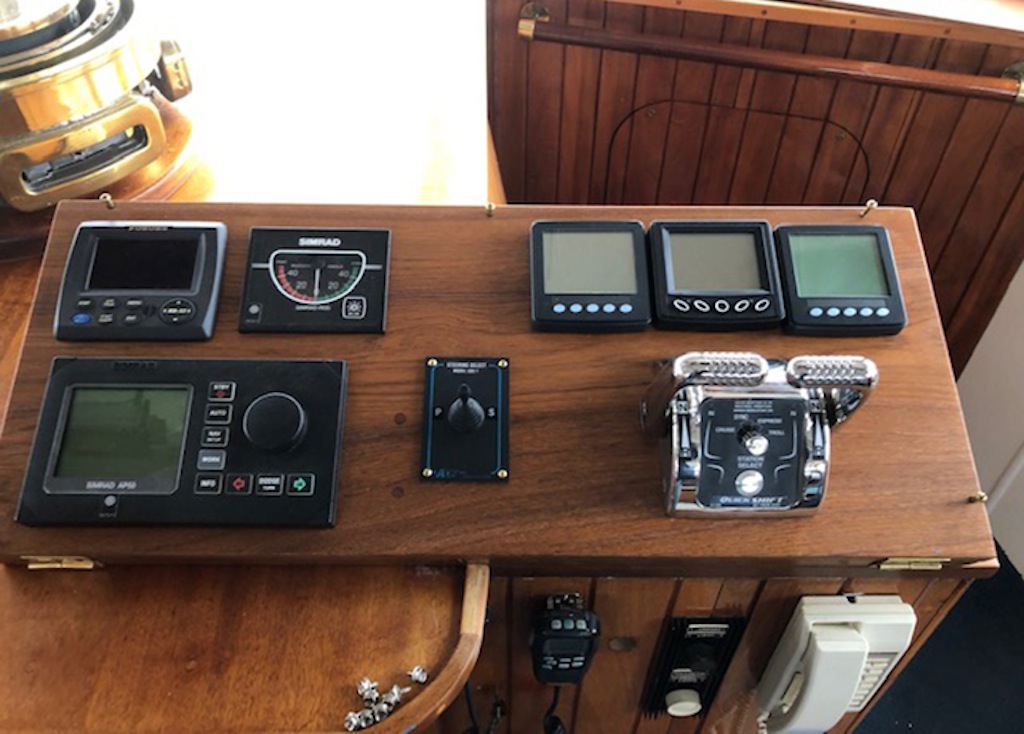 Throughout the accommodation area, including 10 guest cabins for up to 20 people, other work is being done to maintain the bright finished quality shown on the company web page. In the pilothouse, the big wooden ship’s wheel and the compass table set on an island amidships remained as always with the exception of the two big brass handles that had controlled the Cleveland gears. A pair of electronic controls for the gears and shaft brakes had replaced these. 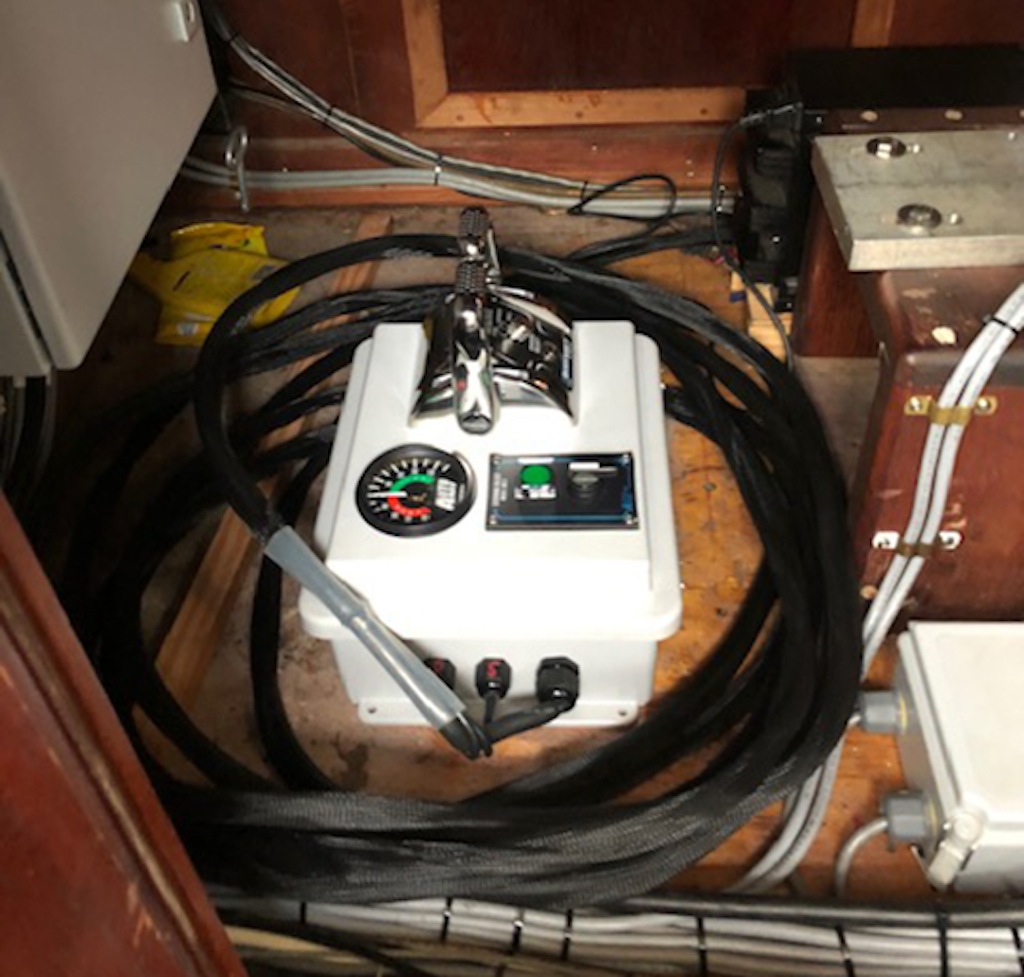 The remote control unit stored in the wheelhouse

On the helm console a set of electronic engine monitors give the bridge all the info that they could require from the engine room. Another addition, made possible by a newly installed electronic steering system, is a control box on an 18-metre tether cord. This allows full operation of the vessel from the bridge wings or even aft of the house for tight manoeuvring.

With her fleet partner, the 157-foot aluminium hulled Mist Cove, the Liseron will continue her work of introducing guests to the wonders of Southeast Alaska. Even for those who only see her passing by on her journeys, she will continue to delight.