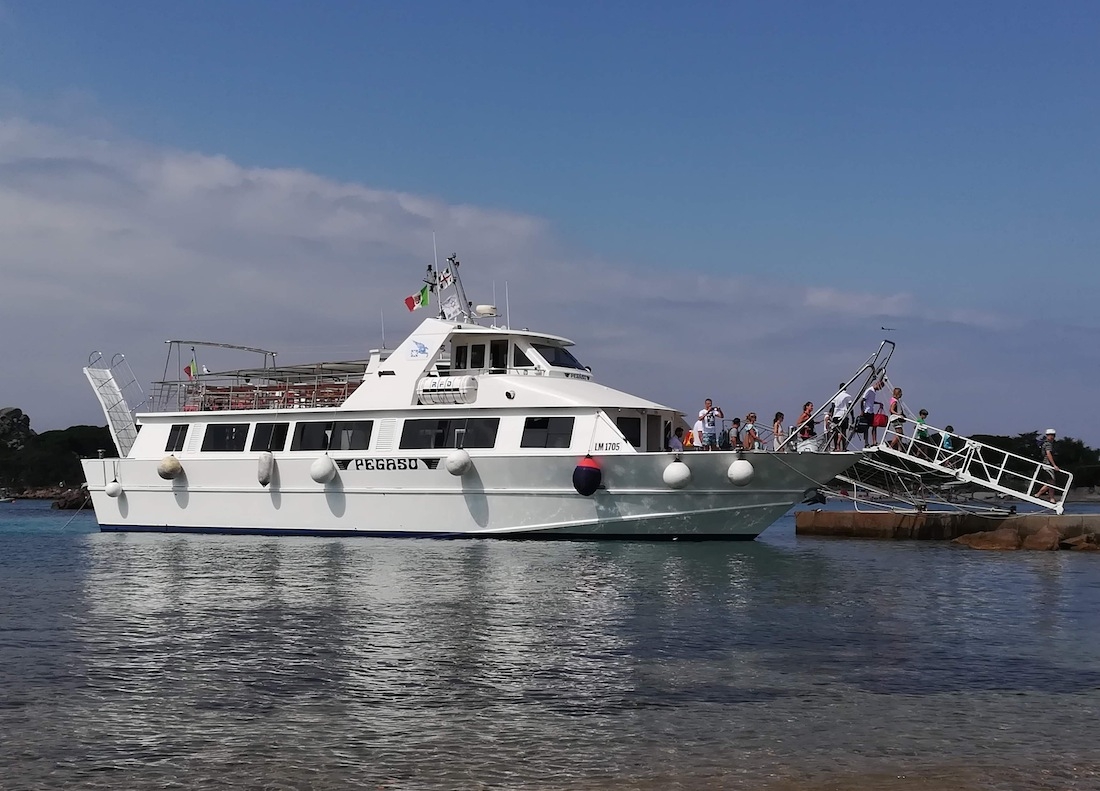 The wooden sightseeing vessel Pegaso, which was completely rebuilt by Italy’s Boschetti Shipyard last year, has successfully ended its 2018 season in Sardinia.

The complete refit of the 250-passenger vessel was commissioned by the owner Consorzio del Golfo, based in Arzachena, Sardinia. 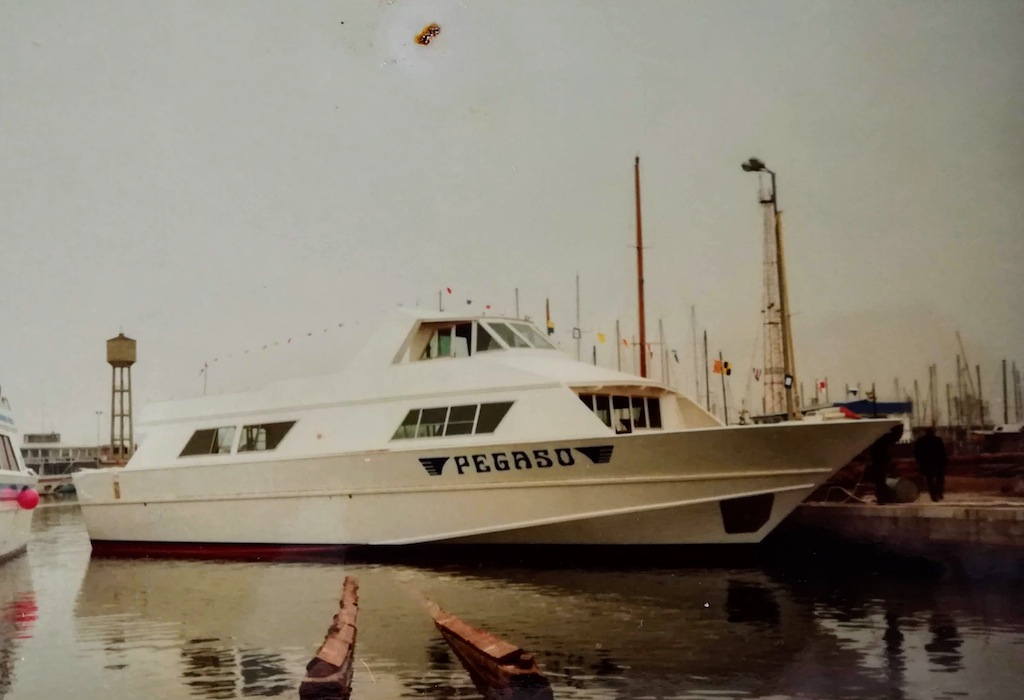 Built by the same shipyard in 1982, the vessel sailed the blue seas of the Maddalena Archipelago, bringing tourists around the islands for more than twenty years. However, given the necessity for renewal works, the shipowner, in spring 2017, decided to update her with a pair of new MAN engines, and to completely rebuild the ship at the end of the season. 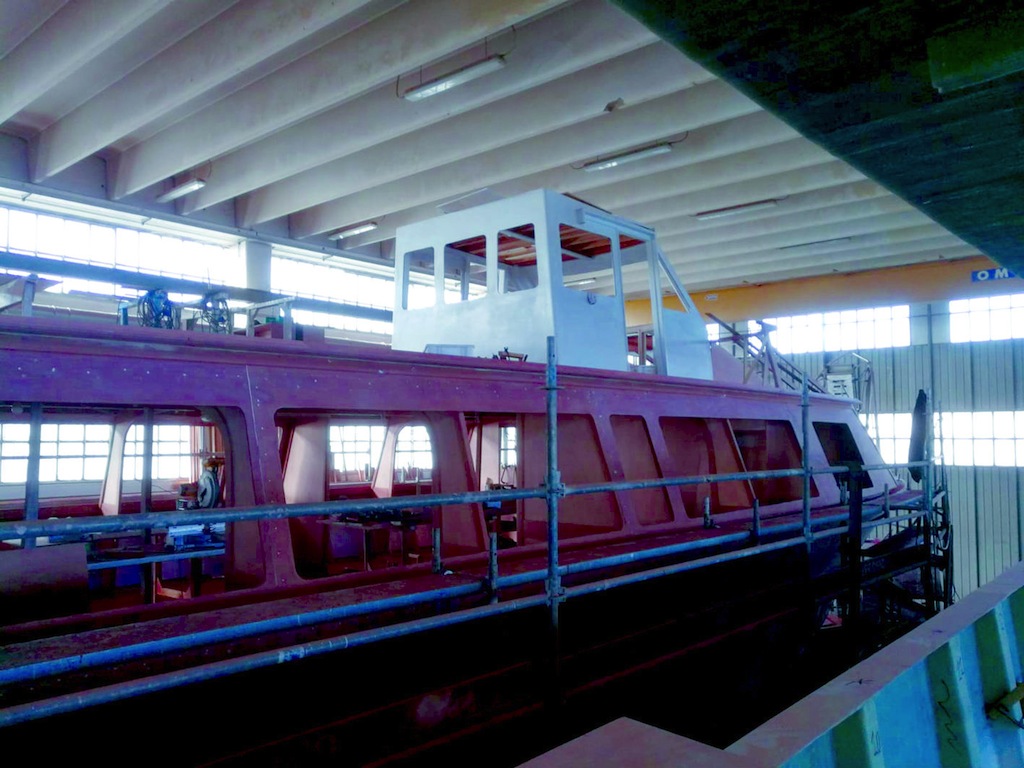 So, after a long navigation around the Italian peninsula, Pegaso reached Cesenatico on October 10, 2017. The old and damaged wooden parts of the hull were removed and the superstructure was completely rebuilt. The reconstruction was carried out with the purpose to increase and improve the spaces on board, without distorting the previous on-board layout. 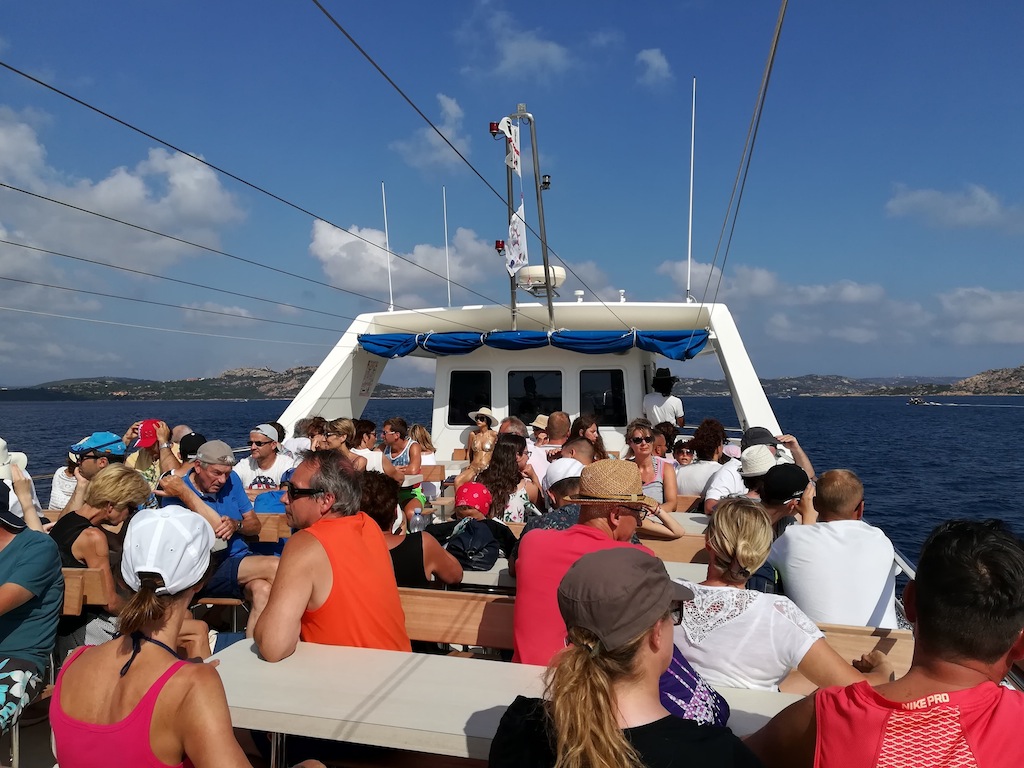 The bar and the kitchen, on the bow side, have been reorganised in order to streamline the work spaces inside. To improve the habitability of the main passenger space, a metre more was added to the stern. On the upper deck, the new wheelhouse evokes the style of the previous one, with a modern but classic design, that recalls the original lines of the vessel. 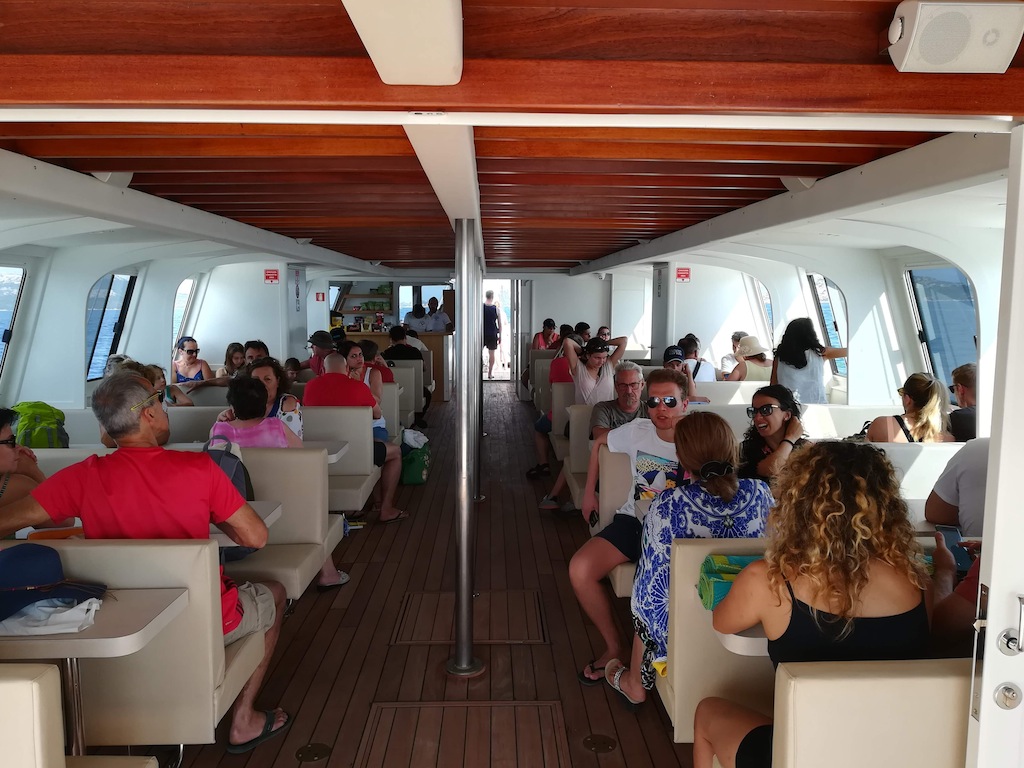 All hydraulic and electrical systems have been replaced, as well as the bar and kitchen equipment. The quality of the furniture has been particularly refined, from the upholstered sofas, in cream-coloured synthetic fire-retardant leather, to the comfortable tables, to the LED interior lighting. All these things together create a very elegant environment, thanks also to the presence of natural-colour wood in some parts. 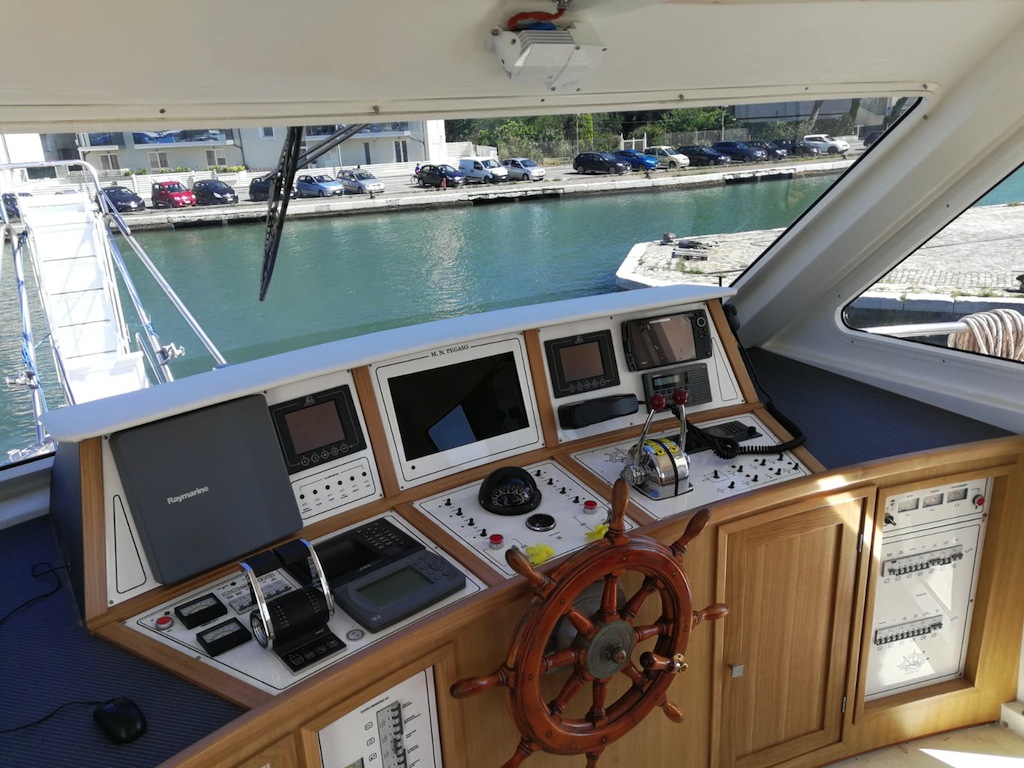 Via two staircases on the stern side, it is possible to reach the sundeck, where large benches and wooden tables are installed. A sturdy steel structure houses the sun shelter to protect passengers from direct sun exposure. The sundeck gives access to the renewed wheelhouse, characterised by a mahogany dashboard and white aluminium panels, which house the updated electronic control instruments.

Behind the dashboard there is a naval chart desk corner and a sofa bed. Once all the works was completed, the renewed vessel Pegaso departed for Arzachena, Sardinia, where it arrived after five days of navigation, starting the 2018 summer season.