Written by Stefano Fermi on July 30, 2018. Posted in Maritime Tourism. 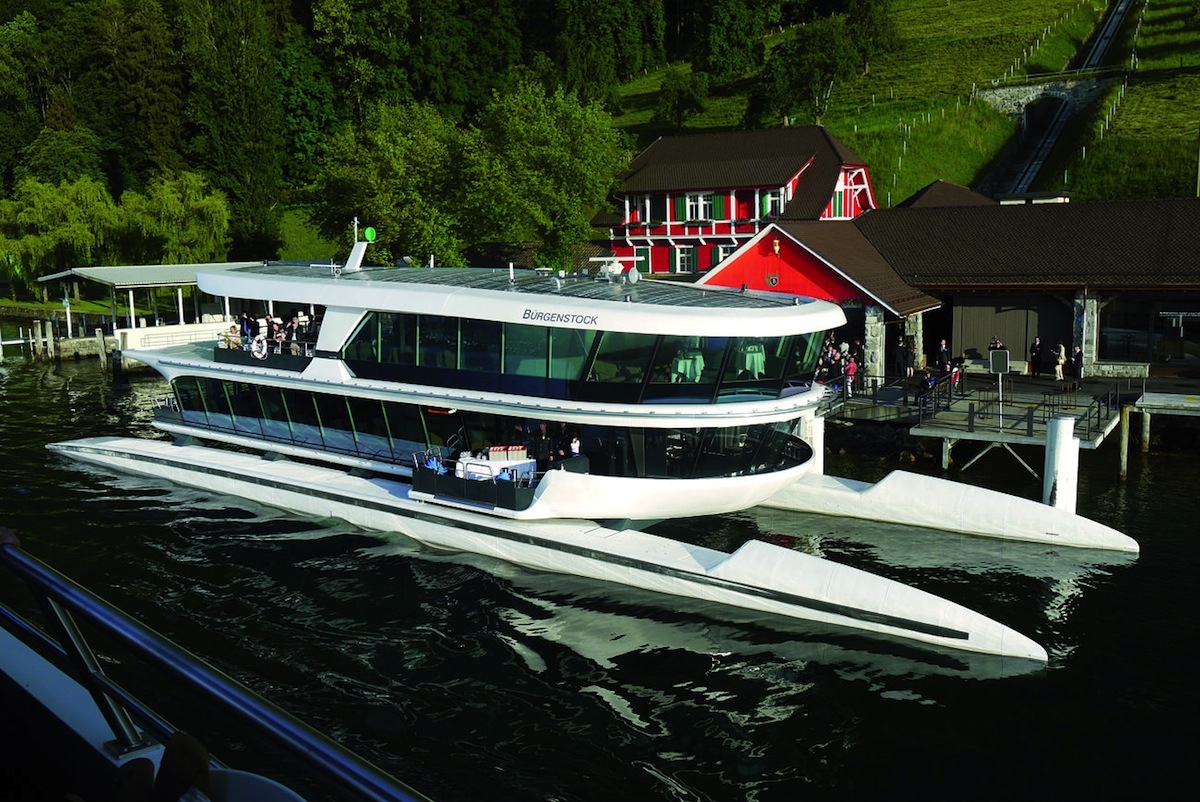 Bürgenstock, a new fibreglass catamaran, has recently entered service on Switzerland’s Lake Lucerne. Bürgenstock is the mountain where a new hotel and resort complex, with the same name, was recently built by foreign interests.

The ferry will operate as a shuttle service, 365 days a year, from Lucerne to Kehrsiten, where passengers can take a funicular to reach the resort on the top of the mountain.

With a length of 38 metres and a beam of 10.4 metres, Bürgenstock has a passenger capacity of 300, of which 218 can sit inside the two closed decks.

The propulsion system is hybrid with a pair of diesel engines, each of 552kW, and two electric motors of 180kW each.

The ferry sails with the electric engines in the Lucerne area and with all four on the remainder of the route, reaching a top speed of 19 knots.

The vessel was built by Shiptec in Switzerland, from a design by Judel/Vrolijk of Bremerhaven, Germany.