One dead after tour boat capsizes off Boracay, Philippines 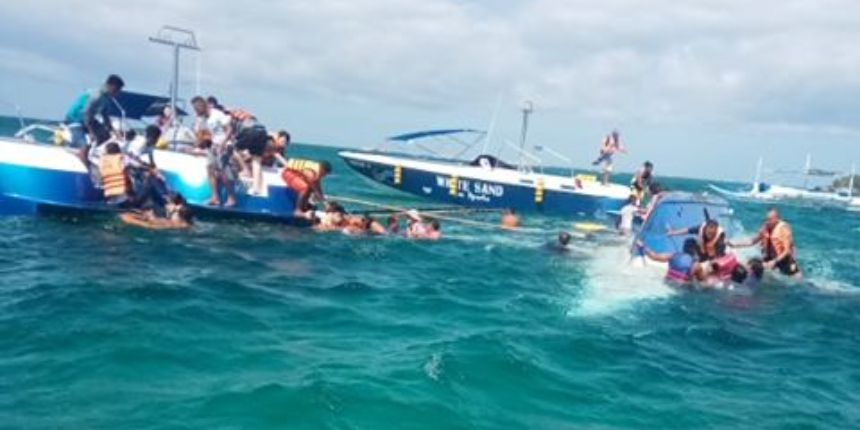 One female passenger has died after the tour boat she was riding on capsized in the waters off Boracay island in the central Philippines on Tuesday, January 21.

Philippine Coast Guard officials said that the banca-type tour boat Jocelyn 1 had encountered strong winds and rough waves that severed one of its outriggers, causing the vessel to capsize.

A search and rescue (SAR) team from Coast Guard Sub-Station Boracay immediately came to the aid of the distressed vessel and were able to pull all 28 passengers and three crew out of the water. Tragically, one passenger who was pulled out of the water unconscious could not be revived even after the SAR team had administered CPR.

The deceased female passenger has been identified as a 45-year-old Chinese national who was visiting the Philippines on holiday as part of a tour group.

The coast guard said that three other female passengers who required immediate medical attention were rushed to hospital upon being brought to shore. All three are reported to be conscious and in stable condition.

No injuries have been reported among Jocelyn 1‘s remaining passengers and crew.