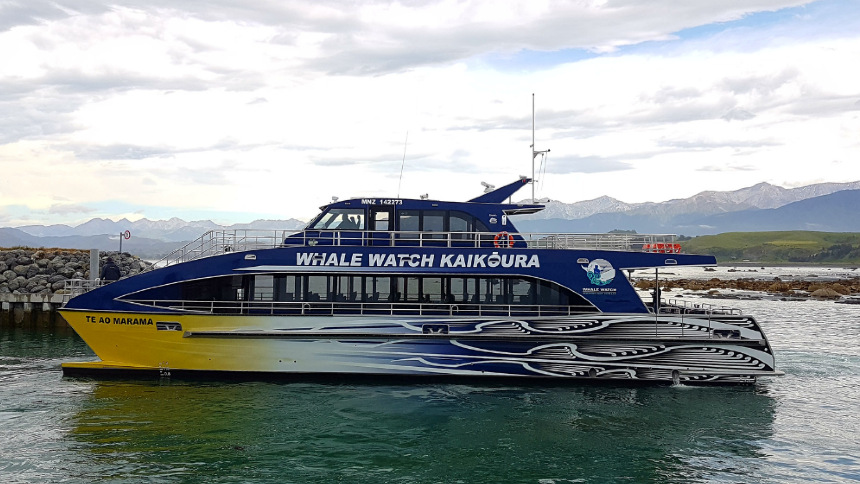 The newbuild is the second Whale Watch vessel to be named Te Ao Marama. The earlier vessel was in operation from 2000 to 2016.

Among the newer Te Ao Marama‘s features are a sickle bow hull design and an adjustable hydrofoil system to improve vessel performance and sea keeping capabilities and a Naiad ride control system that automatically reduces pitch and roll.

The vessel also has viewing decks and a grandstand area of the bow, all offering excellent visibility during excursions.