Written by Baird Maritime on January 10, 2018. Posted in Maritime Tourism. 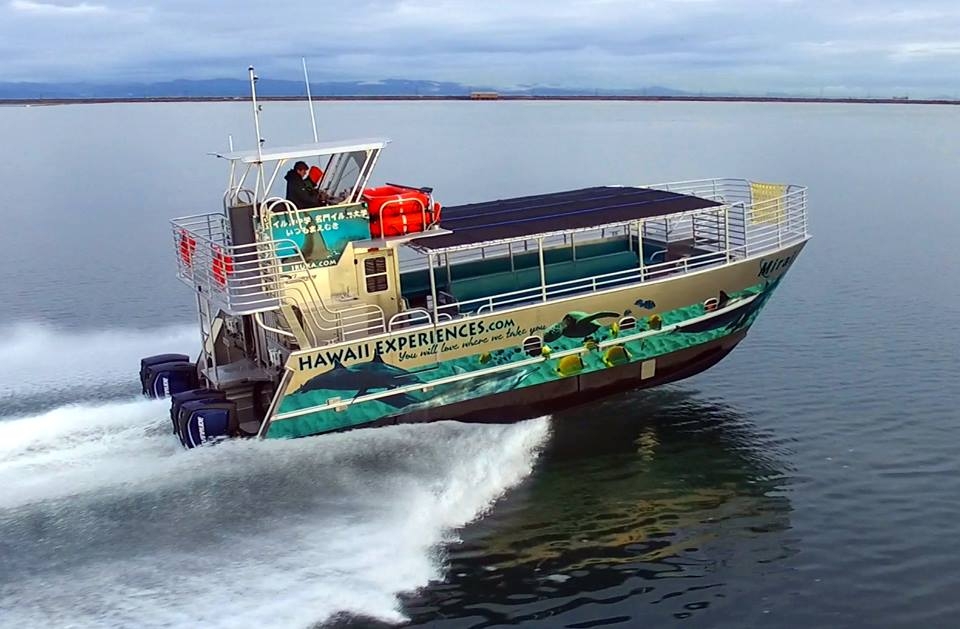 Designed and delivered by Washington-based Armstrong Marine, the 49-passenger boat is powered by four Evinrude outboard engines that produce 1,000kW and are governed by E-TEC controls. They provide a running speed of 40.8 knots.

Used for viewing sea life and snorkeling, Mirai has been set up with a serving station for drinks. Featuring 42 indoor seats and another seven outdoors, the catamaran is USCG certified, Subchapter T.

Armstrong Marine commercial sales spokesperson Captain Charlie Crane said the clients were so happy with Mirai, they had ordered a second boat.