Written by Baird Maritime on November 25, 2019. Posted in Maritime Tourism. 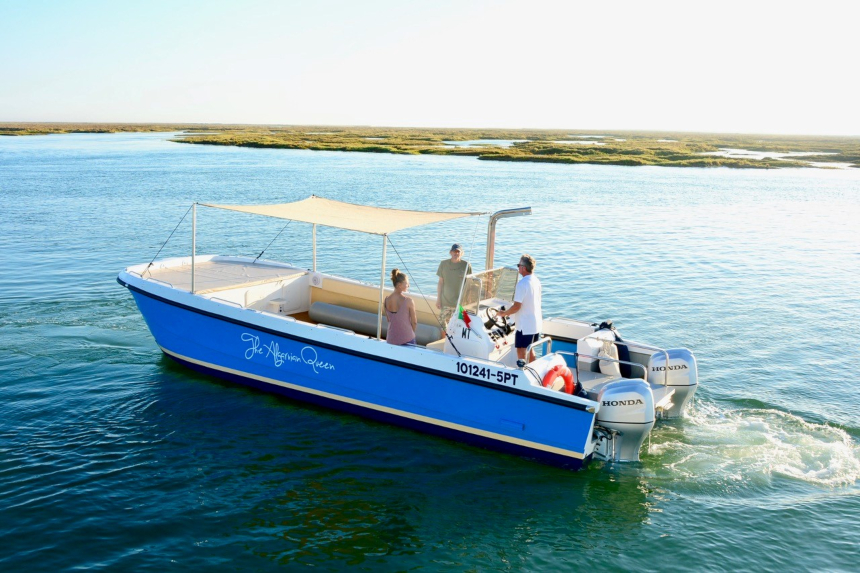 The newbuild will sail under the name The Algarvian Queen with its new owners, ecotourism provider Algarve Wow.

The Algarvian Queen has an LOA of 8.9 metres, a beam of three metres, a draught of only 35 centimetres, space for two crew and 16 passengers, and access for wheelchairs and quad bikes. Two Honda 60kW outboard engines deliver cruising speeds of 18 to 20 knots and a maximum speed of 25 knots.

The vessel will be operated primarily in the waters of the Ria Formosa Natural Park, a 60-kilometre-long coastal area consisting of inlets, small islands, rivers, and sand dunes.