Written by Baird Maritime on August 27, 2018. Posted in Maritime Tourism. 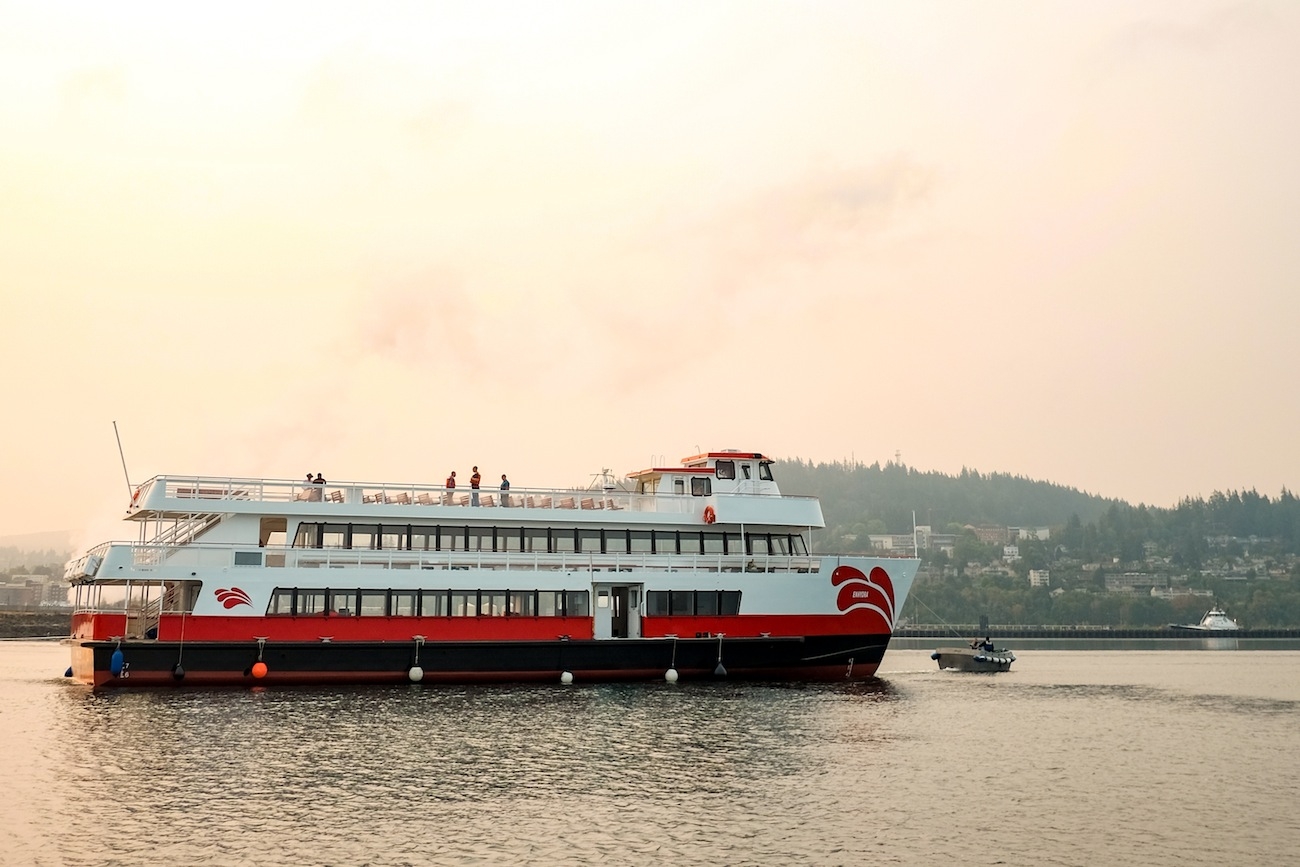 All American Marine has launched Enhydra, the newest member of the R&W passenger excursion vessel fleet.

The 39-metre LOA aluminum monohull vessel with a nine-metre beam was designed by Teknicraft Design and is the largest lithium-ion battery electric hybrid-powered vessel in North America built under USCG Subchapter K certification.

The 600-passenger vessel is specifically designed for harbour tours of San Francisco Bay and the Golden Gate Bridge. Guests on board the Enhydra can experience views of the bay and cityscape from all three decks.

The system offers parallel hybrid powering of the AC traction motor from either the generator, the batteries or both. The motor is coupled to the propulsion shaft via a reduction gear for thrust and increased propeller efficiency.