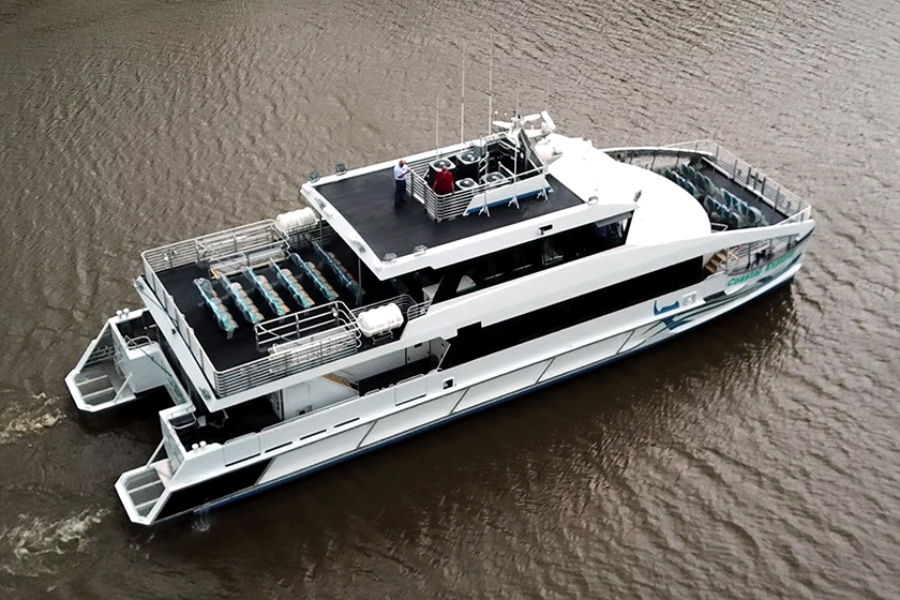 Named Coastal Explorer, the Incat Crowther-designed vessel is the third in a series to be built by Gulf Craft for Bar Harbor Whale Watch after Acadia Explorer and Schoodic Explorer, which were delivered in 2018.

Coastal Explorer has a length of 30 metres, capacity for 202 passengers, and a service speed of 28 knots at modest engine load.

Unlike its sisters which each have twin Caterpillar C32 main engines, the third vessel has four Cummins QSK19 596kW EPA Tier III engines.