Written by Alan Haig-Brown on November 23, 2017. Posted in Maritime Tourism. 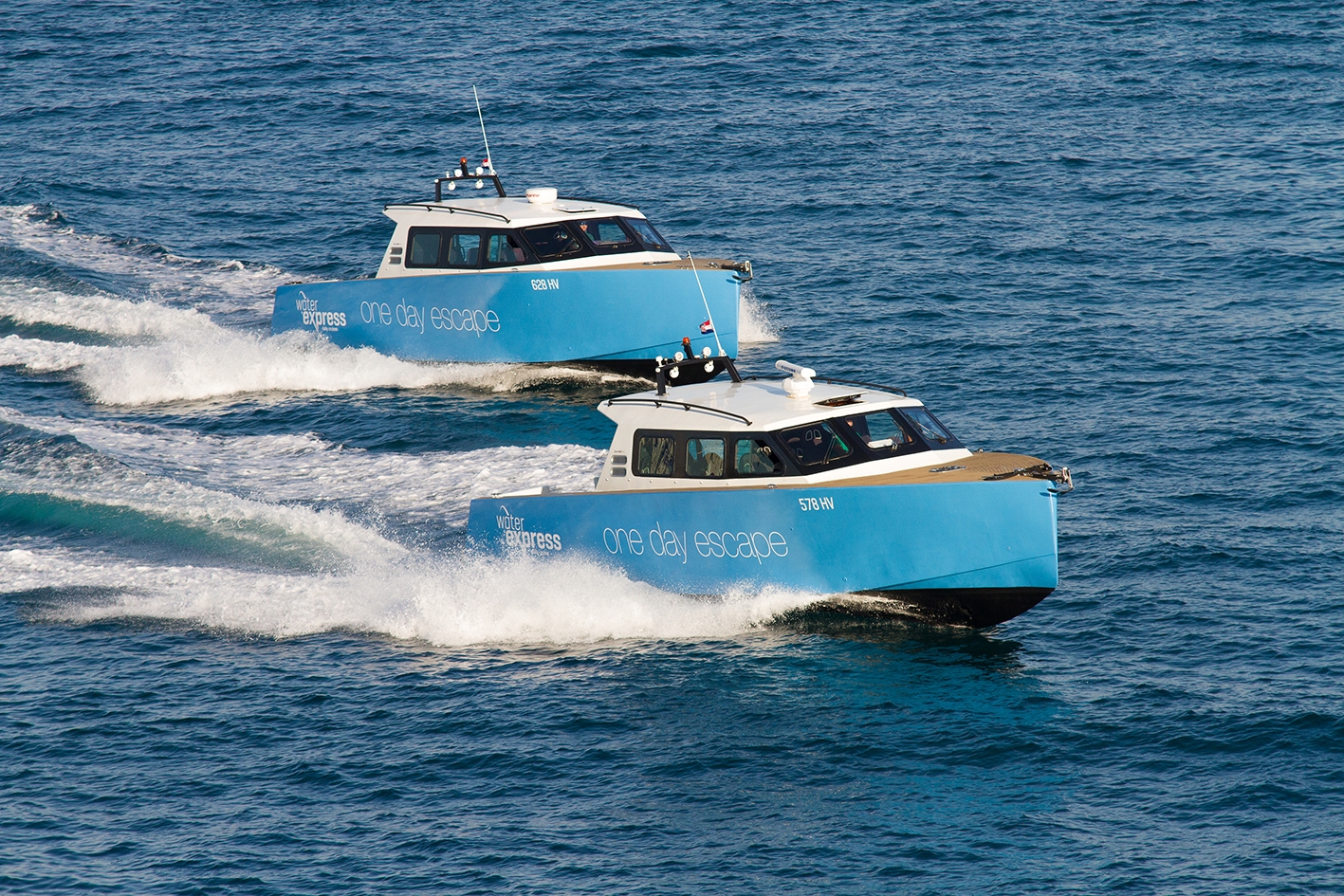 Croatian tourism has grown by leaps and bounds in recent years. The great bulk of this is along the Adriatic coast where, as it has for centuries, life revolves around the sea. Tourists rent sail boats, take coastal cruises or travel to the many island that sit in the crystal Adriatic waters along the length of Croatia. 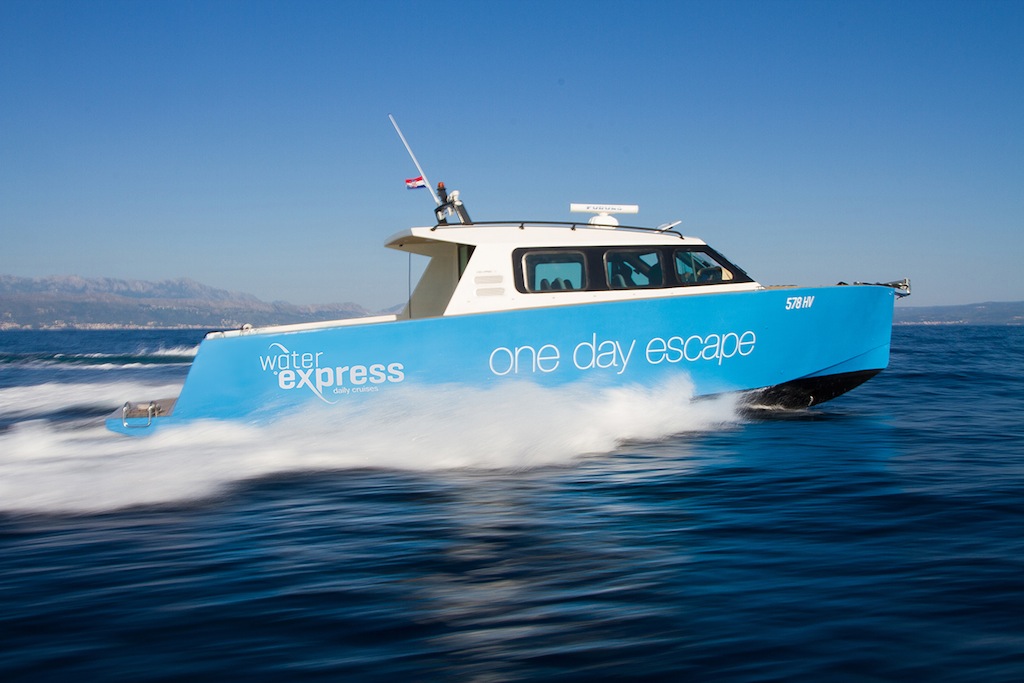 A popular way of experiencing the coast and its islands, is to hire a speed boat and have a knowledgeable local skipper take you out for a day trip. There are so many ways to spend the day with visits to places like the famous Blue Cave on Biševo Island or simply to anchor in a quiet bay for swimming and a picnic. This has created a demand for luxurious speed boats of 12 or 14 metres that regulations allow to carry up to 12 people plus two crew. 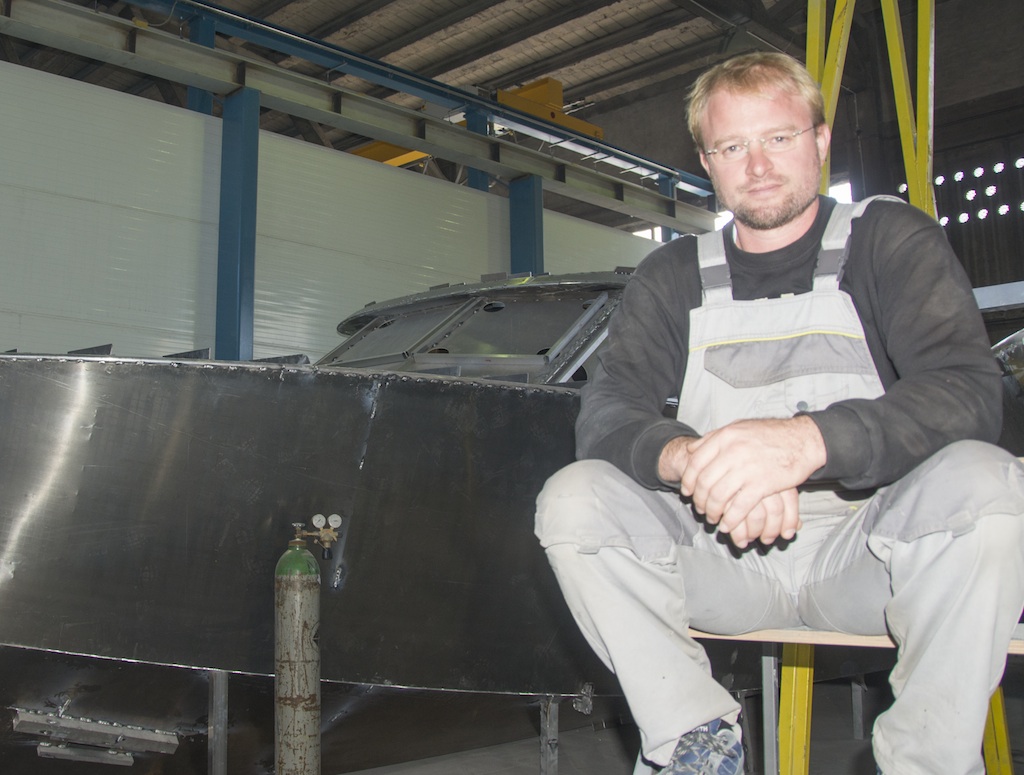 One of the leading firms producing this class of boat, is Colnago Marine in Split. Over the past ten years, explains owner Luka Colnago, “We have built 40 of these boats and we have several on order for 2018.”

On his roomy shop floor in early November there were three of the 14-metre models in varying states of construction while a fourth was being covered with a fairing compound. “These function as high end yachts to the people who charter them”, Colnago said, “So they require yacht quality finish both inside and out.” 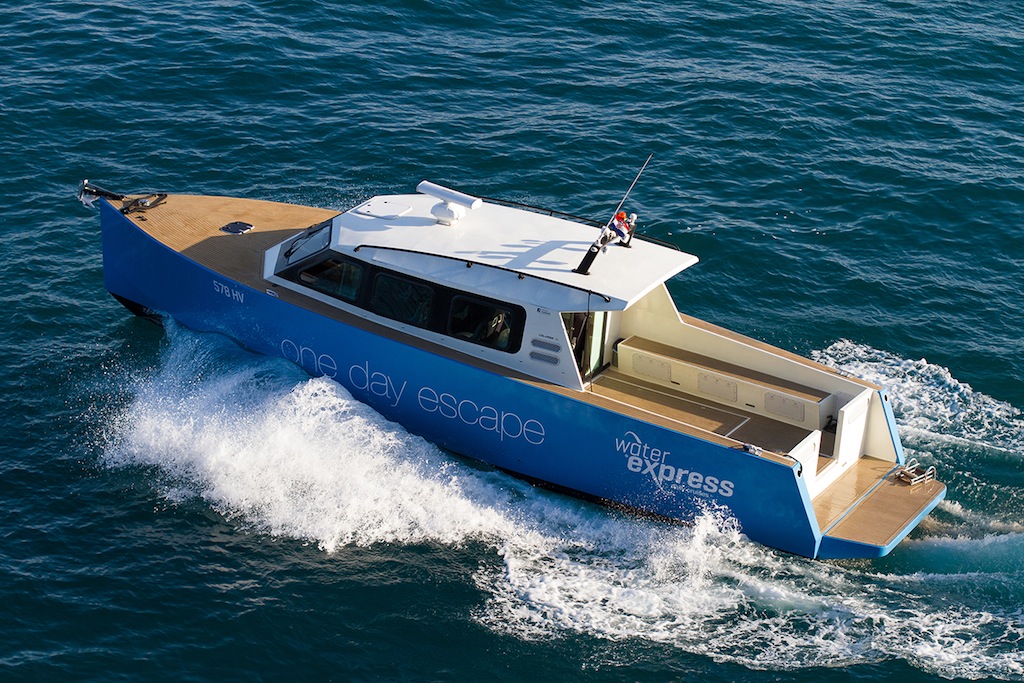 For day trips, speed is important. Colnago offers two propulsion packages. A single Cummins QSB 6.7 rated for 360kW at 3,000rpm or two Cummins QSB 6.7 rated for 316kW at 3,000rpm. In both configurations the engines turn propellers through ZF280 marine gears with 2:1 ratios. These propulsion packages result in cruising speeds, with a full load of passengers and crew, of 24 knots with the single engine and 34 knots with the twin engines. 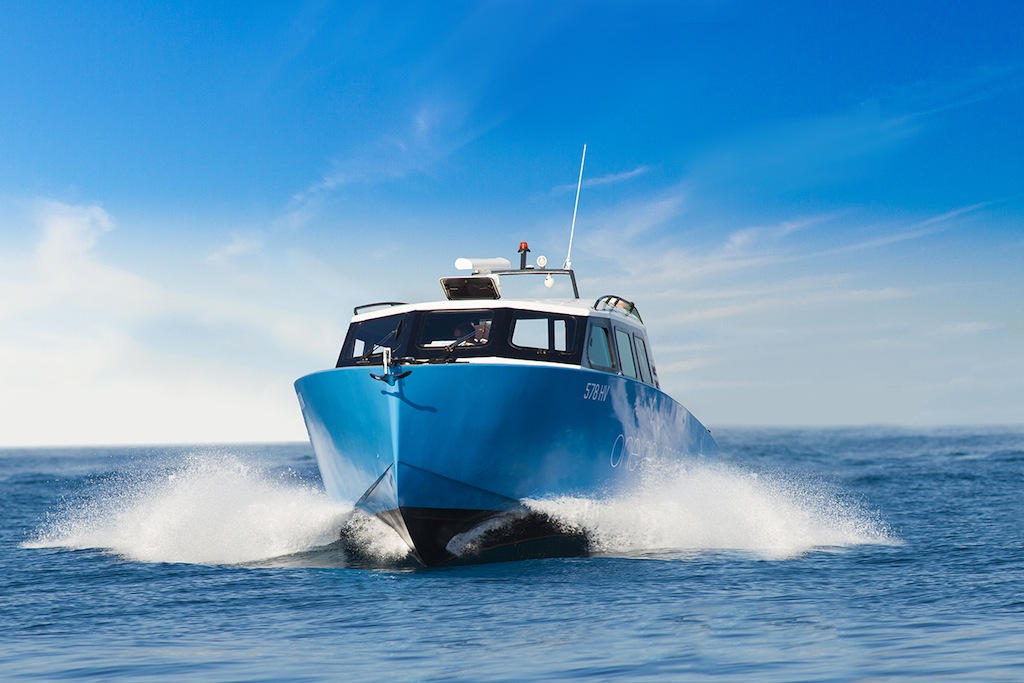 Speeds can vary to some extent given owners’ custom specifications as all design work is done in house. For example the dead-rise at the stern can be varied from as little as ten degrees for superior fuel economy to as much as 15 degrees for enhanced see-keeping values. Owners will make these decisions based on their operating locations and business preference. There are seven 12 and 14-metre boats on order this year to add to the 40 previous deliveries over the past ten years. All but one of these were for commercial day use with the one sold to a private customer for personal use.