Written by Alan Haig-Brown on April 9, 2019. Posted in Maritime Tourism. 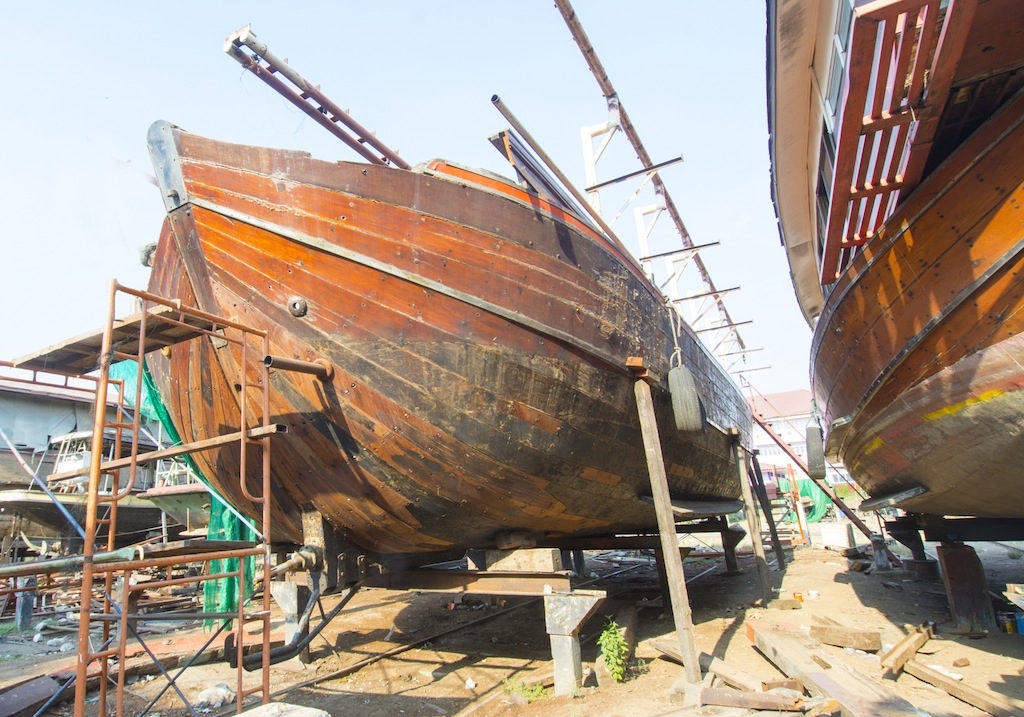 From the early 17th to the mid 18th century the Dutch maintained a post on the Chao Phraya River near the ancient Thai capital of Ayutthaya. Today little remains of the old Dutch buildings but a fine new museum has been built on the site, Baan Hollanda informs the modern visitor of that important era.

Next door to the museum a living and working record of the proud history of Thai boat building keeps am important feature of Thai riverine life alive and thriving. Khun Chatchawarl and his wife Khun Samorntip continue operation of the yard started by Khun Chatchwarl’s father many years ago. While teak rice-barges have been largely replaced by larger steel barges, there remains a steady demand for these handsome and stable craft within the tourist industry. 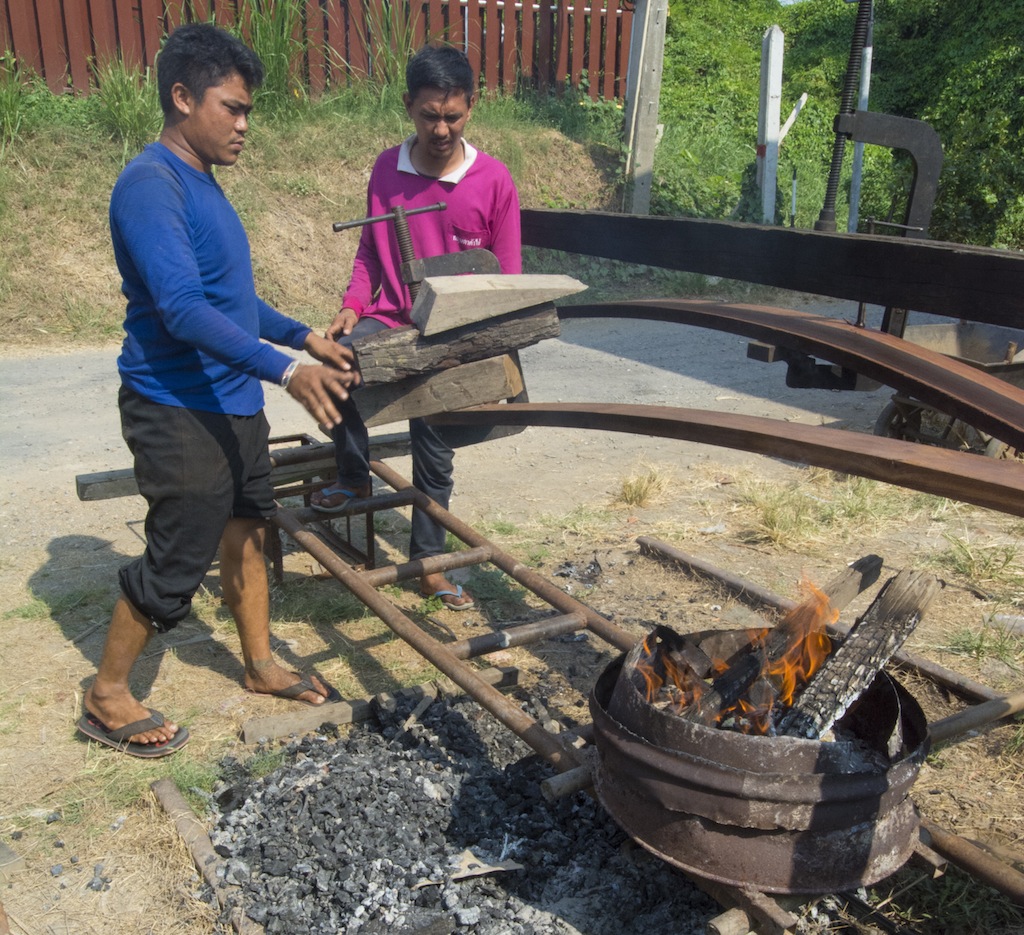 In Bangkok they serve to carry passengers to and from the riverside hotels, temples and shopping malls. With an elevated deck built over what had been the cargo hold, they provide excellent and stable platform for dinner cruises and sightseeing. In some cases private owners have purchased former rice barges and converted then with staterooms in the hold space and pleasant lounge areas above.

While the old tight-grained teak is virtually indestructible, the barges, most of which are many decades old, do require some tender and professional care from time to time. Some come into the yard only after years of neglect but owner K. Chatchawarl trains his workers to the maxim that, “A wooden boat can go on for ever so long as you change out the rotten wood.” 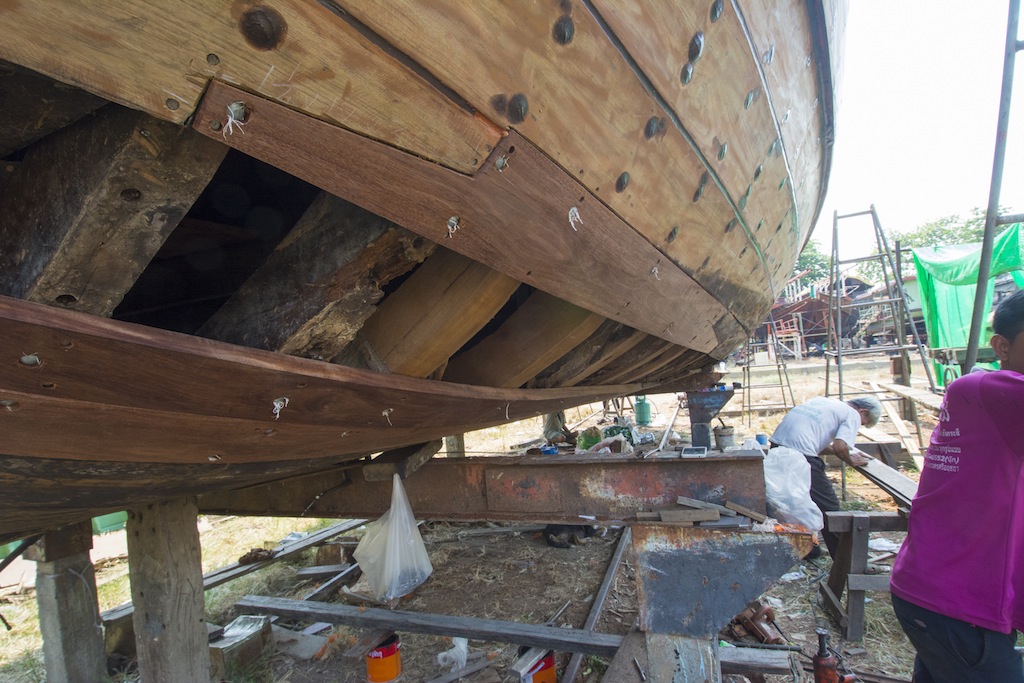 With about a dozen barges in the yard at any time as well as a couple of the wooden tugs that still work the river, there is ample opportunity to demonstrate the long term viability of the wooden rice barges. While modern steel barges have largely replaced them for cargo transport, there remains a steady market for conversion. This invariably includes the addition of a diesel engine for propulsion. In the past this has generally been a used engine from a large highway truck. Recently, owners have wanted to replicate the quality and longevity of their teak barges with similar quality and longevity in the propulsion engines.

In April of 2019, Khun Chatchawarl and Khun Samorntip had a rather special teak barge in for a complete makeover. The 16.7 by 5.7-metre barge will be getting some new takien planking as well as extensive refastening of planks to the heavy sawn timber frames. The entire superstructure has been stripped away and will be rebuilt to a level suitable to a royal princess. This may actually be the case as the owner has, in the past, made the vessel available for royal excursions on the Chao Phrya River. 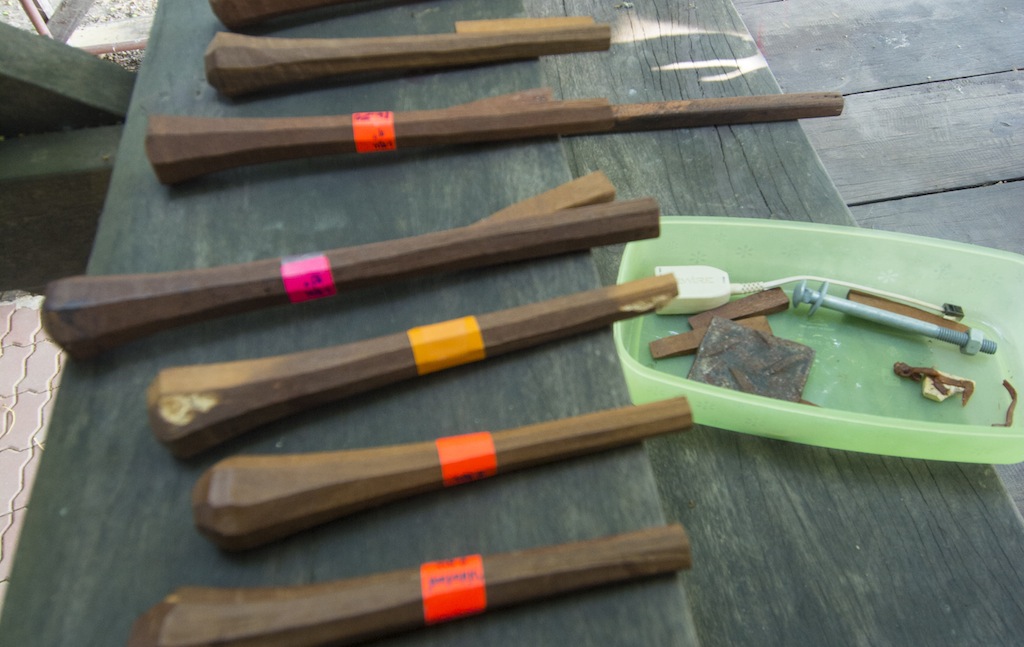 Previously, the barge was powered, as is common, by a diesel taken from a highway truck. Now, this will be replaced by a Cummins NT855 diesel generating 225 kW at 1,800 rpm. The engine will turn a propeller on a three-inch shaft through a Dong-I DMT150H gear with a 3.08:1 reduction.

The extensive refit will be completed by the end of the year. There is no doubt this venerable craft will provide many more years of royal and luxury cruises on the Chao Phraya, River of Kings.