Written by Gabriele Zambianchi on March 21, 2019. Posted in Maritime Tourism. 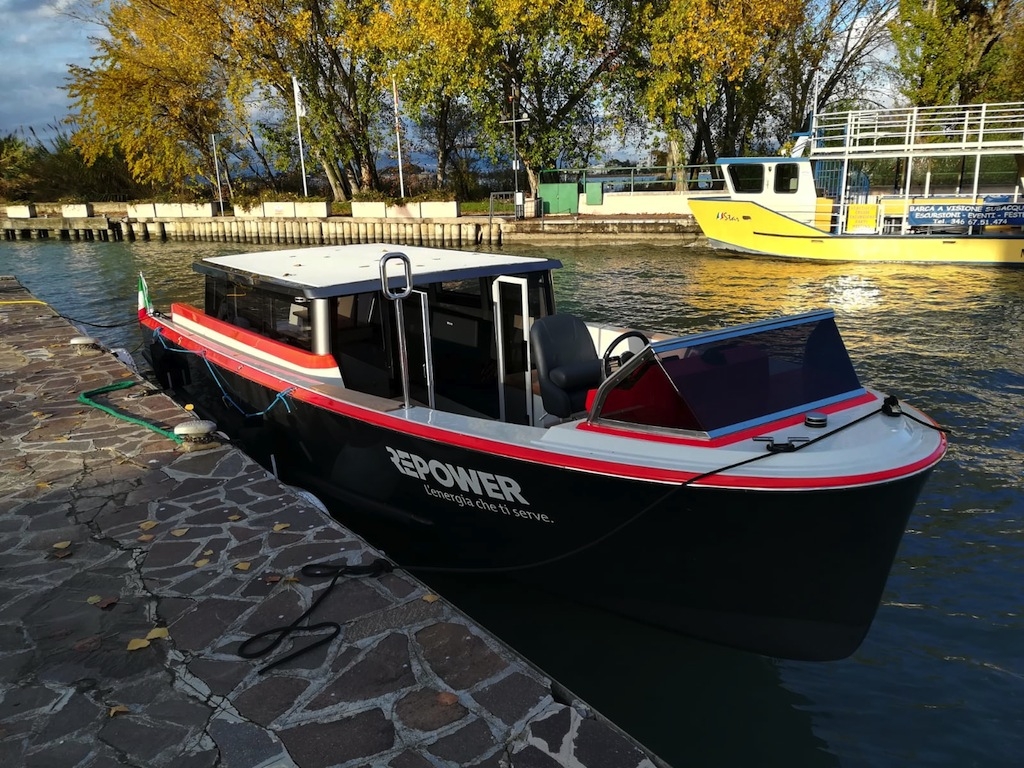 RepowerE, Italy’s first all-electric water taxi, was presented at the Genoa Boat Show, and officially introduced at the end of 2018 with a test tour on Lake Garda.

Born thanks to an idea of local tour operator Bertoldi Boats, she is the evolution of Become, which was launched in 2016. 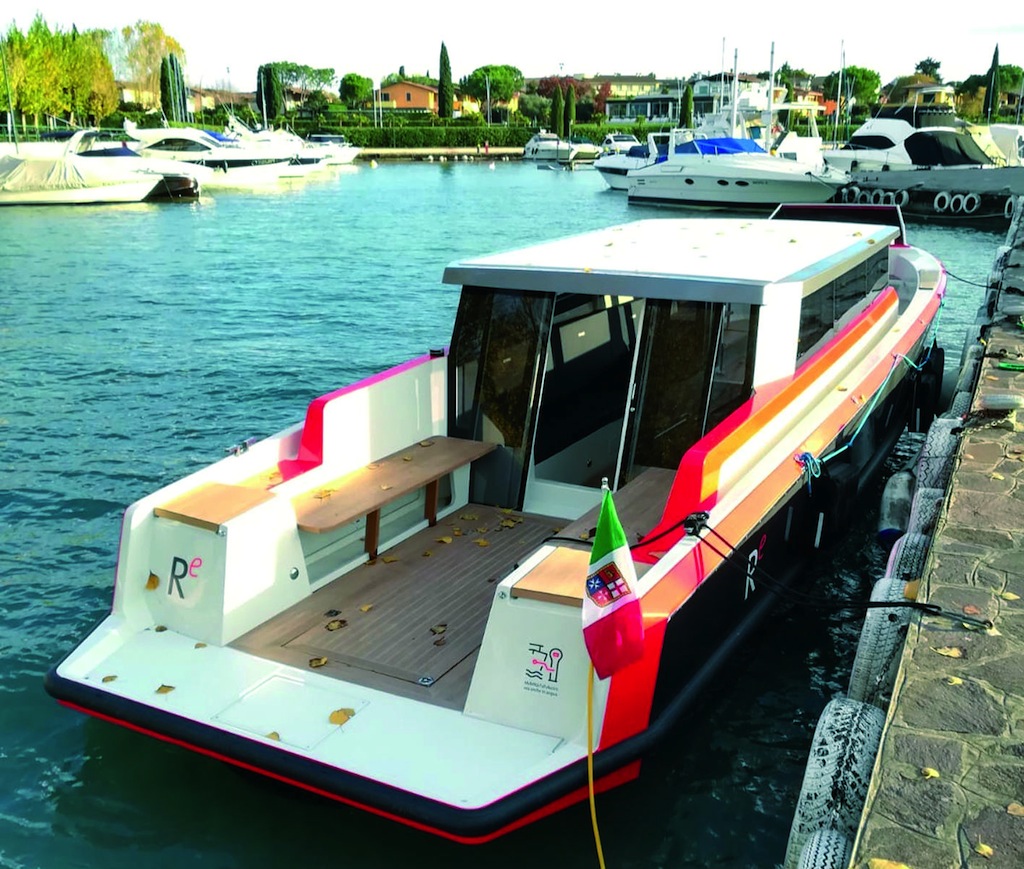 The design is able to carry 14 people seated, and the designer has proposed three different versions depending on the configuration: basic, business and luxury. These versions are also offered in an alternative layout, with or without the superstructure.

The boat, 10.50 metres long for a beam of three metres, is made by vacuum fibreglass. The two engines are full-electric, with different powers, ranging from 11 to 20 kW each. 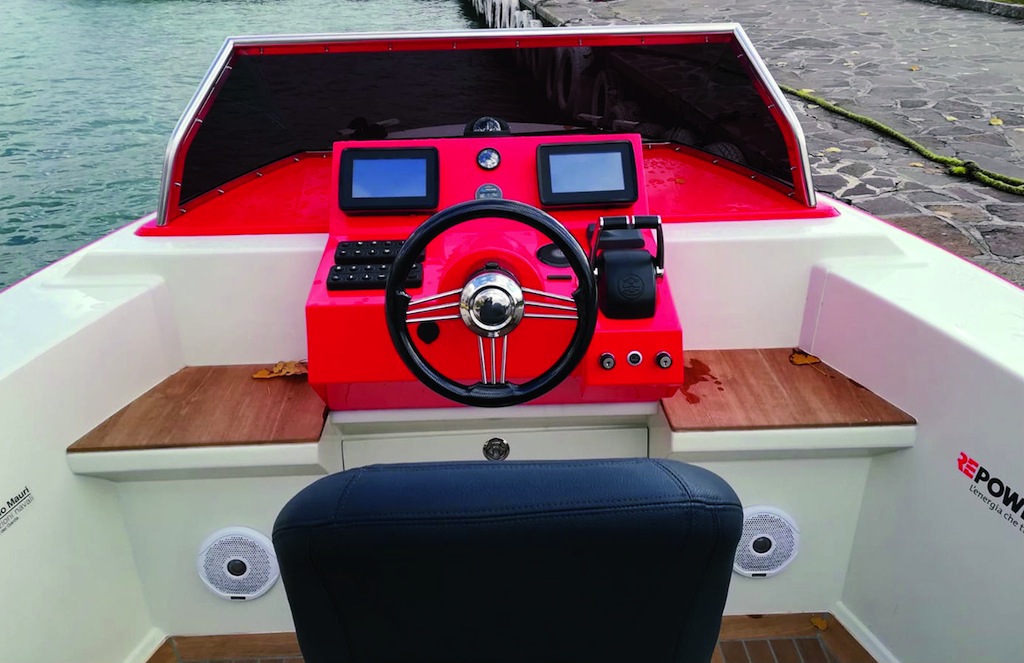 The Repower Group has been active in the electricity sector for over 100 years and its headquarters is in Poschiavo, Canton Grigoni, Switzerland.