Written by Baird Maritime on June 21, 2018. Posted in Maritime Tourism. 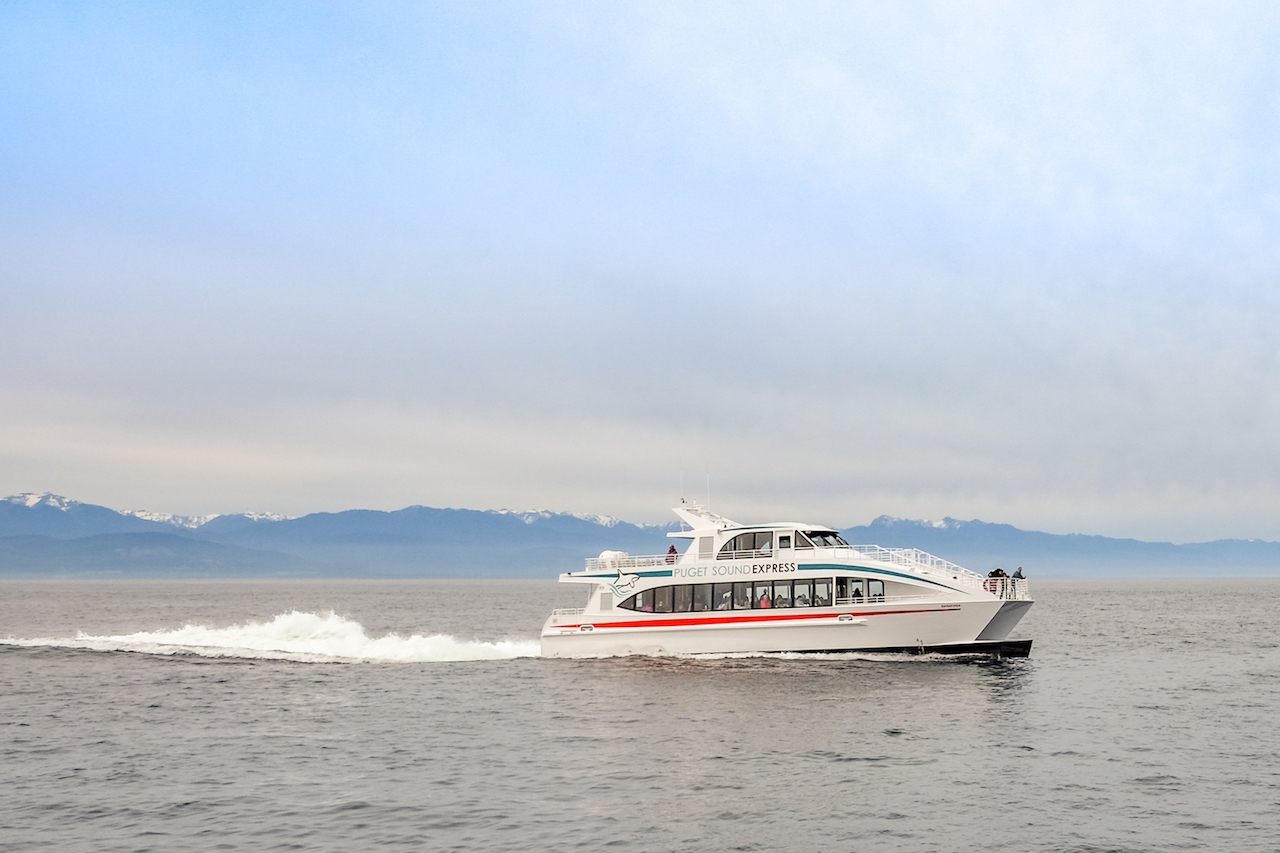 The 22-metre, aluminium catamaran vessel was designed by Teknicraft Design in New Zealand and built by All American Marine in Washington, USA.

The catamaran has two asymmetrical semi-planing hulls and an adjustable aluminium midship hydrofoil plus two aluminium aft foils, which allow the boat to achieve top speeds of over 40 knots with low wake wash.

This design, coupled with finely-tuned, wave-piercing sickle bows, enables the boat to travel through both calm and rough water at full cruising speed while keeping underwater noise to a minimum.

The vessel is powered by four Scania D16 engines fit with carbon fibre drive shafts to save weight.

Saratoga is the second vessel to be completed and launched from All American Marine’s new facility on Bellingham Bay.