Written by Baird Maritime on February 8, 2018. Posted in Ferries. 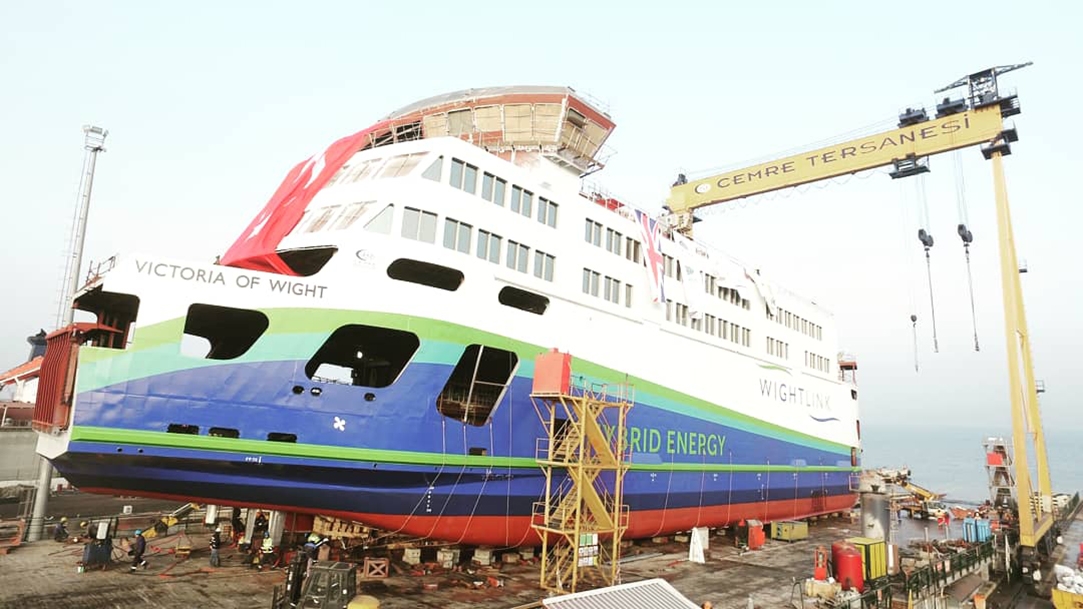 Wightlink’s new hybrid battery ferry has been launched at Cemre Shipyard in Turkey.

Capable of transporting 178 vehicles and 1,200 passengers, the 89.7-metre Victoria of Wight will operate on the Fishbourne to Portsmouth route.

Designed by Houlder Design Company and classed by Lloyd’s Register, the £45 million (US$63 million) vessel had its steel-cutting ceremony at the shipyard in November 2016.

Double-deck boarding ramps have also been installed at Portsmouth and Fishbourne car ferry terminals to allow vehicles to be loaded on two levels at the same time.