Written by Baird Maritime on February 12, 2018. Posted in Ferries. 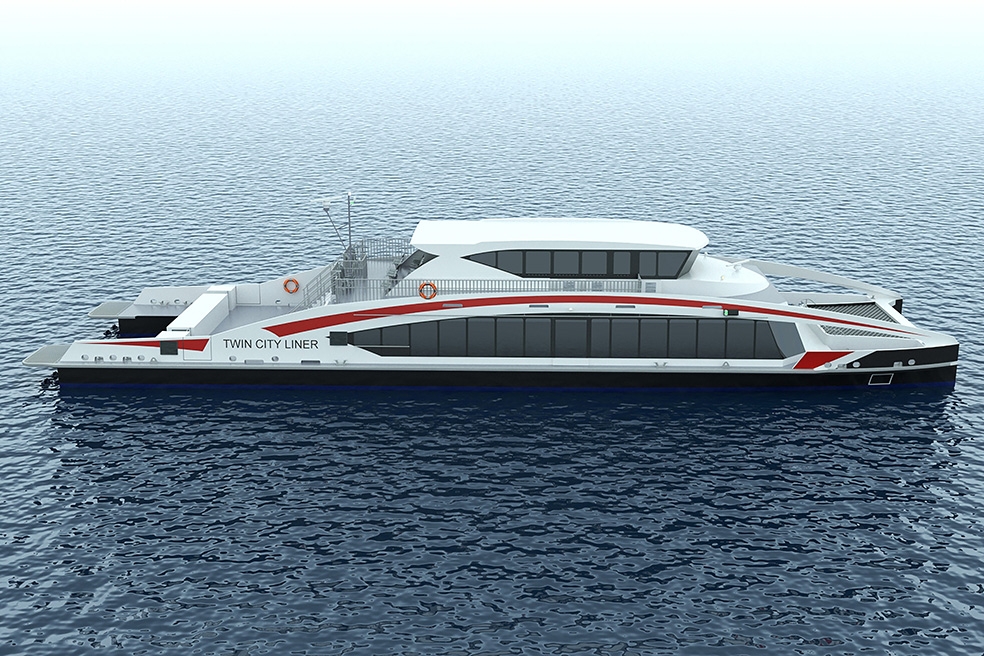 The Isle of Wight’s Wight Shipyard has received an order for a 250-passenger high-speed catamaran from Central Danube Region Marketing and Development’s Twin City Liner.

The 39.9-metre by 11.4-metre vessel will be used for a river ferry service connecting the capital cities of Vienna, Austria and Bratislava, Slovakia.

Featuring a 0.8-metre draught, the new vessel will be a low-wash, round-bilge catamaran designed in Australia.

Powered by four Scania main engines, each producing 809kW at 2,300rpm, it has a maximum speed of 38 knots and a service speed of 32.4 knots.

The new vessel, which will have space for 12 bikes on the aft deck, will be delivered in time for the 2019 summer season, starting at the end of March.