Written by Baird Maritime on January 11, 2018. Posted in Ferries. 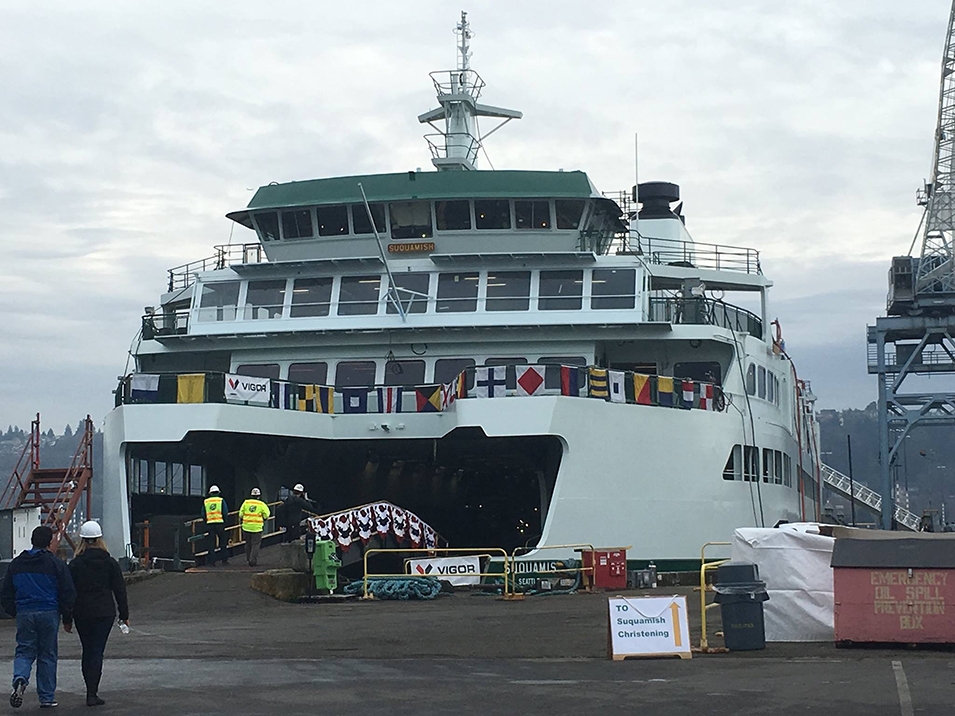 Members of the Suquamish tribe, which has inhabited the central Puget Sound for 10,000 years, performed a traditional song and blessing to complement the traditional maritime ceremonies.

Built by Jesse Co. and Vigor Industrial, the 1,500-passenger and 144-car Suquamish will begin its sea trials in mid-2018 and will start carrying passengers in July.

She will operate on the Mukilteo to Clinton route in summer months and serve as a maintenance relief vessel in winter, filling in when other vessels are out of service.

The Suquamish name translates into the “people of the clear salt water” in Southern Salish Lushootseed language.

The Olympic-class ferries, which are 110.4 metres long in length and have a 25.3-metre beam and five-metre draught, replace the ageing, midcentury-era Evergreen State-class vessels.