On November 28, the first of a pair of 50-metre, high-speed passenger ferries, named Zanzibar 1, was delivered to Zan Fast Ferries Company of Tanzania. The sister ship, Zanzibar 2, will undergo sea trials at the end of December, and will be delivered shortly after.

Both will service the popular Zanzibar – Dar es Salaam route. As traffic is growing on this route, Zan Fast Ferries decided to enter this market with two ferries. The number of daily sailings will depend on the season and traffic requirements.

Representatives from designer CoCo Yachts visited Zan a number of times, and sailed on the company’s current vessels. They found that there was an opportunity to improve the performance of the new design, mainly with regards to sea keeping, comfort, speed and fuel consumption, which became the main design targets.

“With the given targets, we have designed a 50-metre catamaran, suitable to fit 448 passengers,” CoCo told Baird Maritime. “The contract speed of 35 knots with 45 DWT at 100 per cent MCR was well met during sea trials, and average measured as 37.17 knots. Zan Fast Ferries was very pleased with this result, as the speed is not only higher than contract, but also (much) higher than their competitor, and with quite a bit less installed power!” 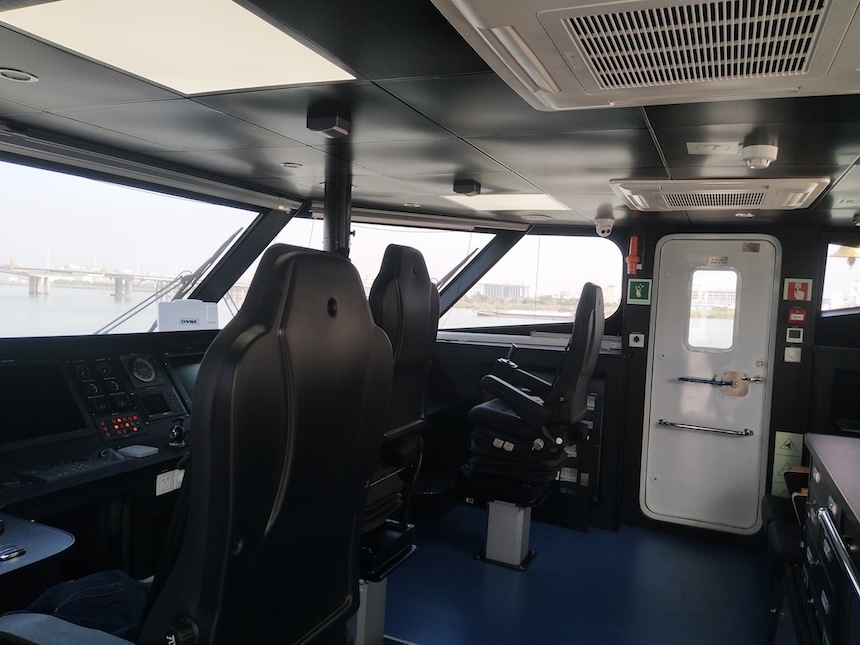 Zanzibar 1 is longer then the largest high-speed passenger ferry in the area, and CoCo said she would outperform with regards to speed and comfort in waves. The longer length, in combination with automatic ride control, is expected to ensure less seasickness, while maintaining a higher service speed.

Zanzibar 1 is the first IMO-HSC-2000 category-A classed vessel in Tanzania, and with that, the vessel with the highest safety level.

The interior design is fresh and light, with the colours of Tanzania. Special attention has been given to passenger comfort, ensuring very low noise and vibrations levels, fabulous outside views due to big side windows and a high capacity air conditioning system. 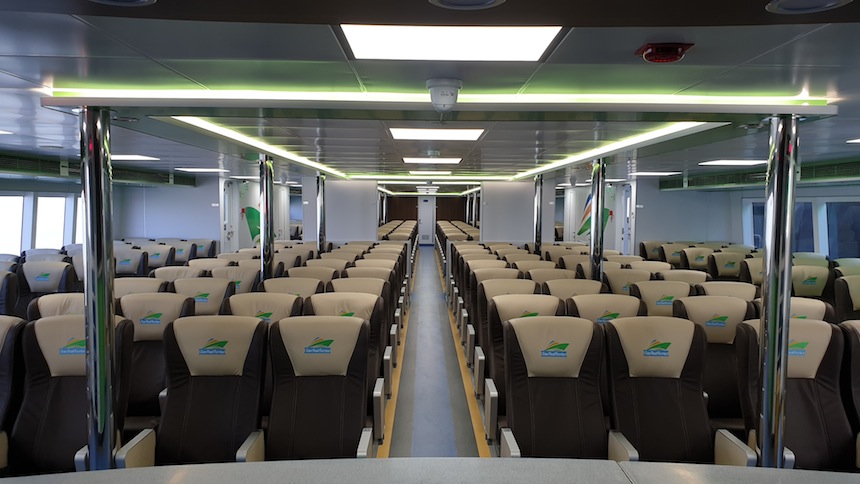 Luxurious West Mekan seats with leather upholstery are installed throughout the vessel. Gold- and Platinum-class passengers can enjoy reclining seats, and have their own USB appliances charge connection in their seats.

A six-person VIP room has been provided for private traveling of small groups, and the wheelhouse has two VIP seats installed, besides the three seats for the crew.

Outside seating is arranged on the upper deck aft. 12 outdoor seats have also been installed on the main deck fore, which can be used when sailing at slow speed in ports.

The vessel is equipped with automatic ride control system from Humphree. The system not only keeps the trim at the optimum point to reduce fuel consumption, it also reduces motions in more severe wave conditions. Trials in waves up to three metres confirmed the performance of the Humphree system in combination with the design of the hull, where accelerations were less than expected (much less than one gee), and the speed maintained at 35-plus knots, sailing against waves. 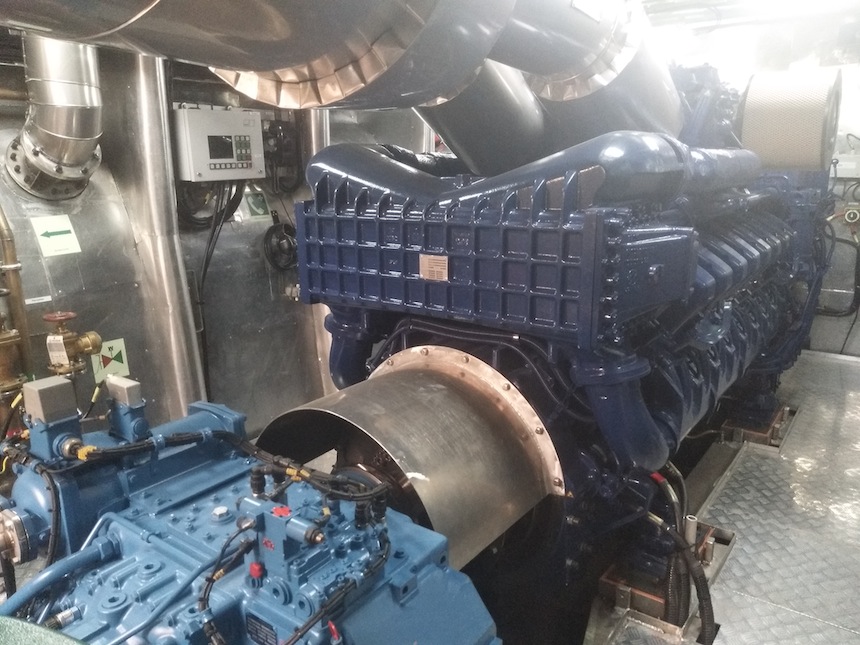 Both engines and gearboxes are heavy duty rated, and auxiliary power is delivered from one of the two Volvo generator sets.

Vessel access has been arranged via six electric winch operated ramps, two that are dedicated for luggage trolleys, and four for passengers. Zanzibar 1 has an independent luggage space, which can fit 12 luggage trolleys. 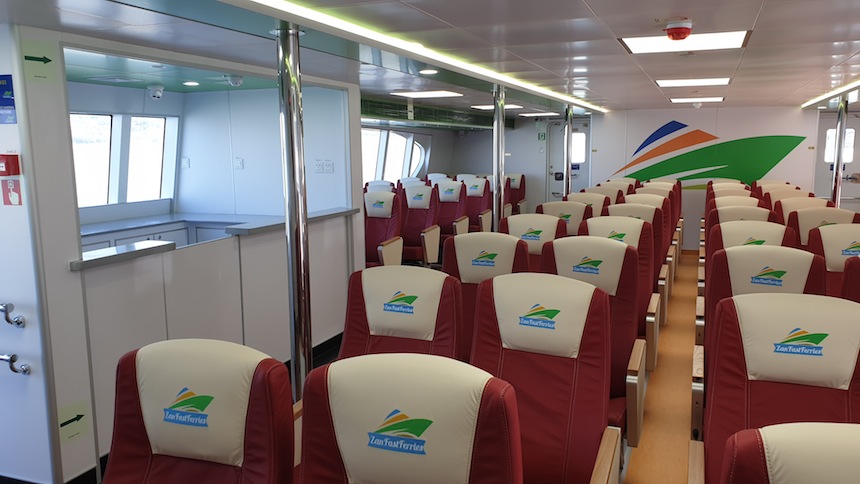 The most forward ramp will give access to the main and upper decks. Directly after entering the vessel, the stairs to the upper deck can be found, which makes it easier for business class travellers to find their seats. 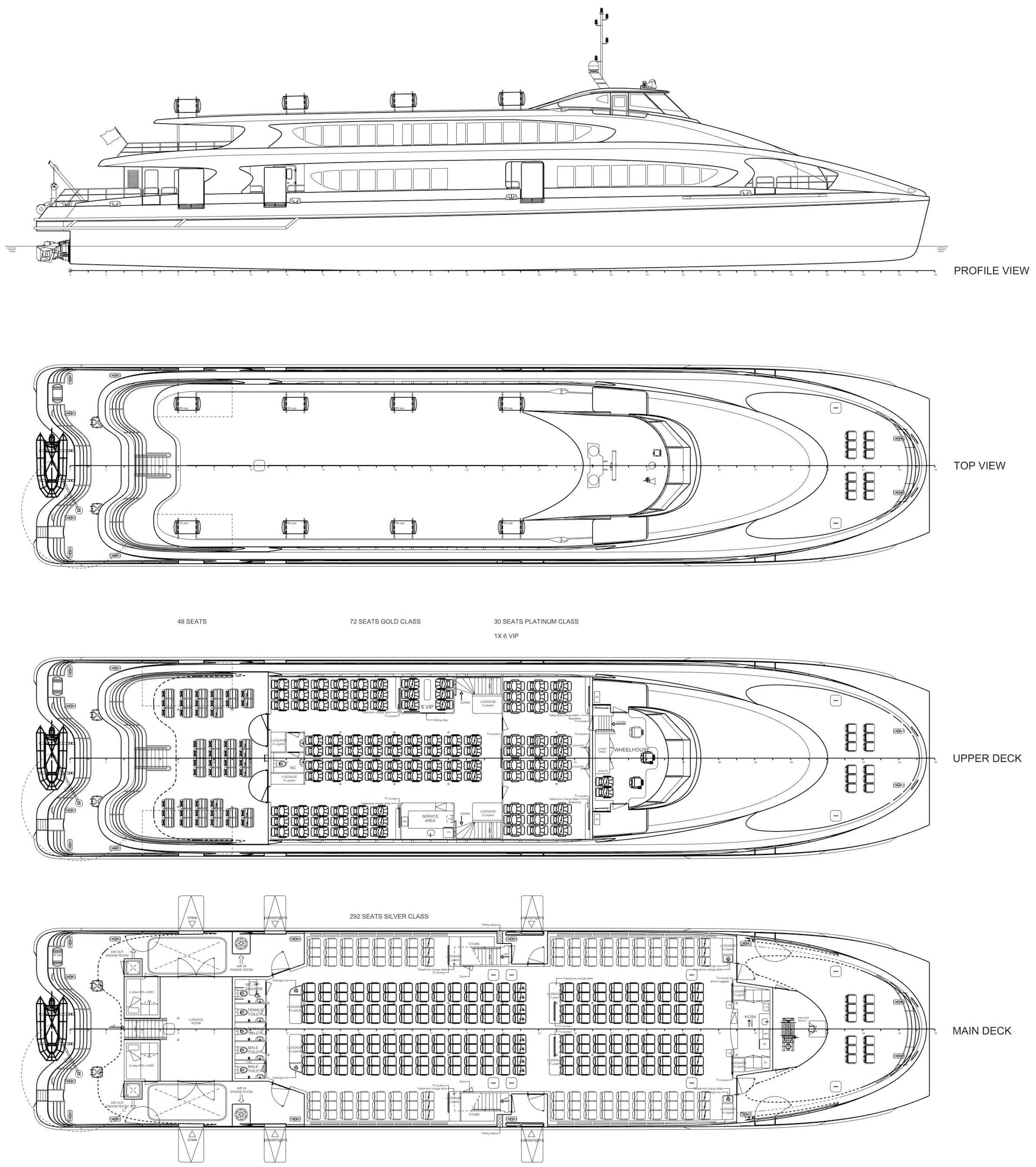