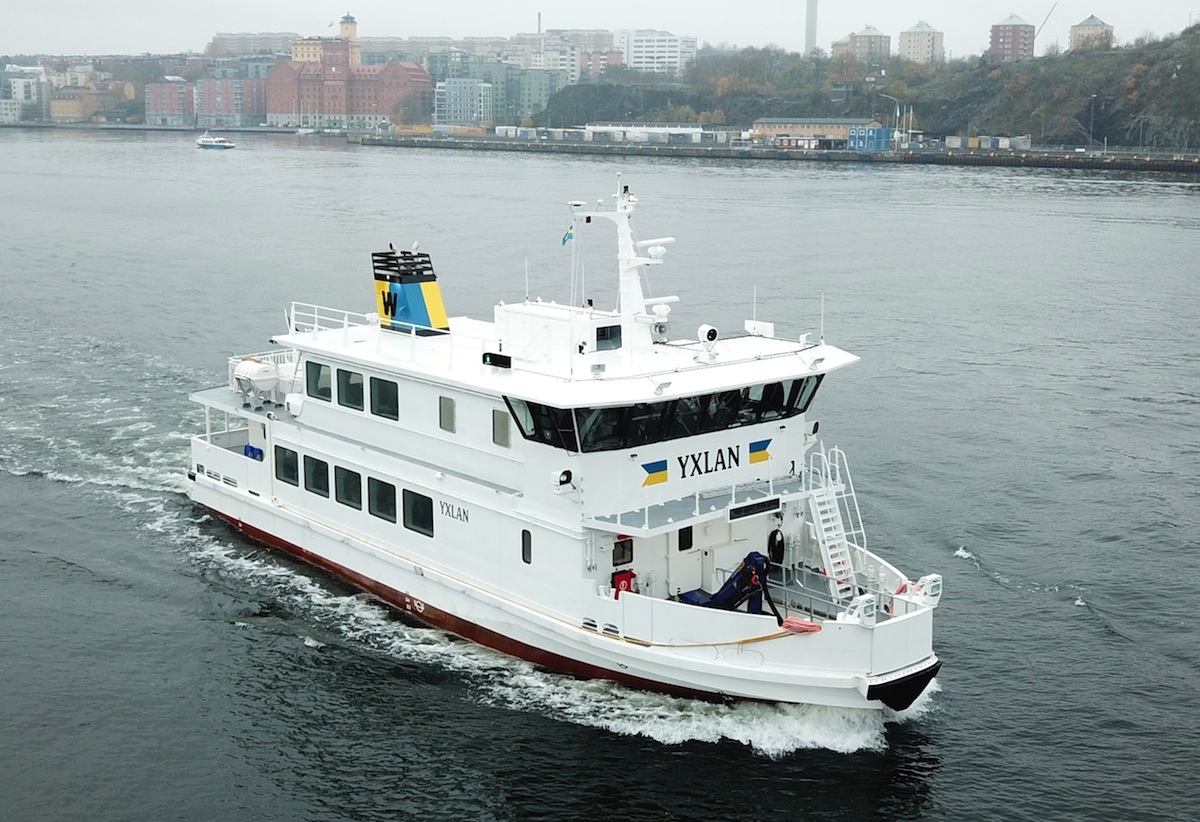 Baltic Workboats has designed and built the first ice-going hybrid passenger vessel for Waxholmsbolaget, a shipping company that is owned by Stockholm county council and is responsible for seaborne public transport in the Stockholm Archipelago and Stockholm Harbour.

Yxlan operates among the islands of the Stockholm Archipelago where there is high demand for low emissions, and government requirements that the islands be available to all, including disabled people.

She is based in Furusund, and transports passengers and cargo to and from the islands, particularly in the north. A crane is mounted on the foredeck to lift cargo. The vessel uses bow mooring, and so remote controlled mooring winches are mounted up on the sides of the sun deck with pre-mounted lines to the foredeck.

The owner called for high manoeuvrability and low resistance of the vessel, and high levels of comfort for passengers and crew in both summer and winter conditions, which require ice-breaking capability.

The vessel is 27.5 metres long and configured to be able to run with only two crewmembers, with remote launching of life rafts, and high levels of safety. It is possible to accommodate three crewmembers in their own cabins, and there is a fully functional crew mess. 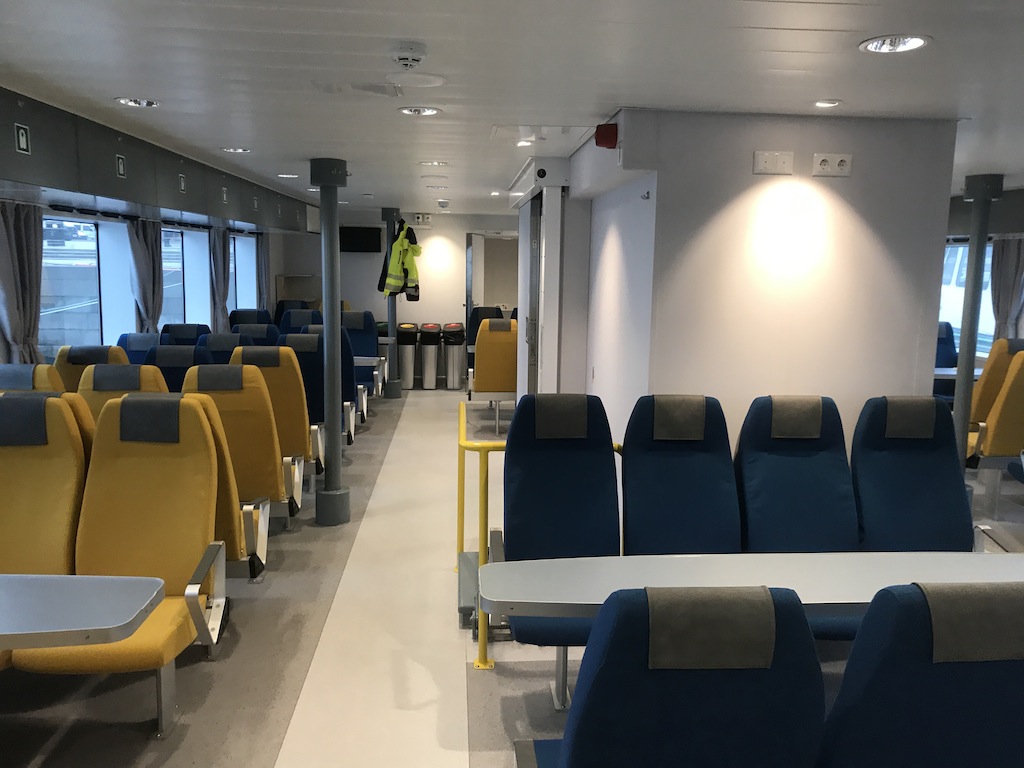 Yxlan can carry 150 passengers that can either be seated in the saloon on the main deck next to the cafeteria or on the top deck where there is also access to the aft sun deck. The vessel is specially adapted to cater for disabled people, with ramps, materials and colour markings to improve access and the experience for all.

The design and layout was made to meet the requirements of the Swedish Transport Agency. This had, as on any SOLAS vessel, effects on fire division, interior materials, location of rafts, etc. One effect of the requirements was the sliding doors to the staircase in the passenger area. This was originally planned as an open staircase for improved flow between different decks, but regulations required it to be closed.

Few passenger vessels of this size built for Swedish sea area E, which corresponds to protected waters in the archipelago, are able to keep a speed of two knots in 35 to 40 cm of ice. In 25 cm of ice Yxlan achieves six knots. The hull was designed for Swedish-Finnish ice class 1A (except for propulsion power). She was specially designed to operate well in ice conditions via box coolers and her specially designed ice-going hull.

The most challenging aspects of the design were to ensure speed in ice and ice breaking capability with a shallow draught, as well as include all the functions and facilities required onboard together with hybrid propulsion on a tight budget. To meet these challenges, additional naval architects were contracted from SALTEC Consultants. 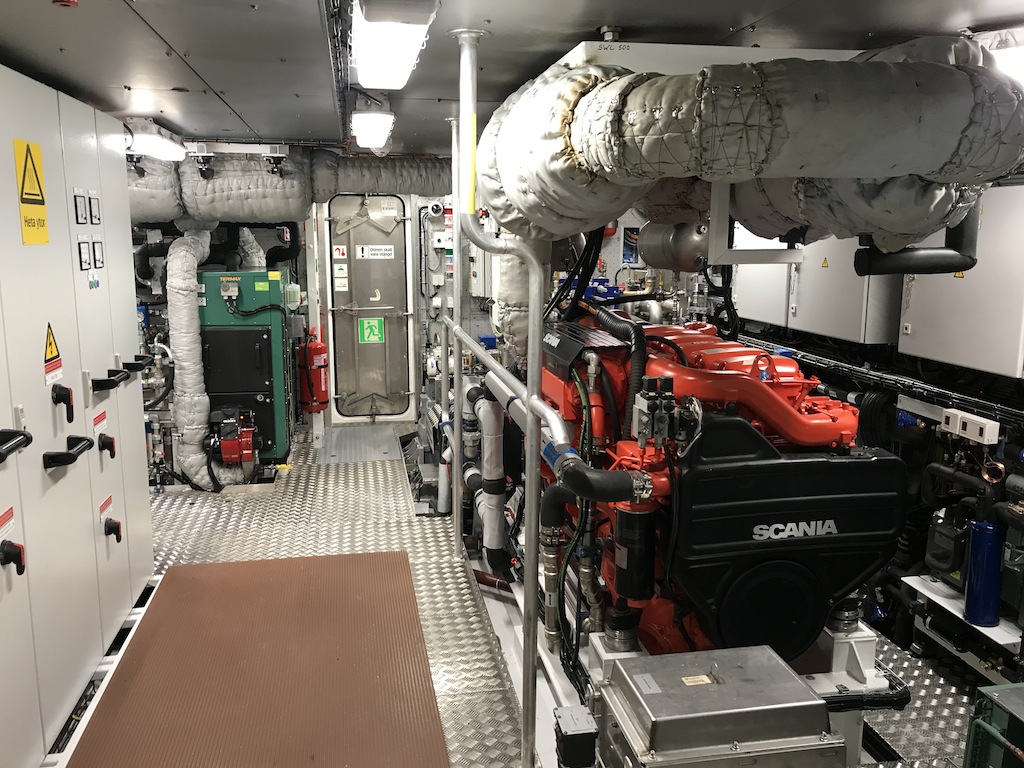 Yxlan is powered by two 405kW diesel generators that meet IMO Tier III standards, and is also equipped with the latest exhaust cleaning SCR system to lower emissions and to reduce total environmental impact to a minimum.

There is a battery bank on board that can be used in parallel with the diesel generators, or independently to run the vessel. The vessel’s highly compact propulsion system is half the size of a conventional diesel-electric propulsion system, due to its smaller, highly-efficient and lightweight electrical motors, which feature synchronous reluctance-assisted permanent magnet technology. Electrical motors are 374 kW each and the top speed of the vessel is above 12 knots, with a service speed of around 10 to 11 knots.

The setup is a DC system from Danfoss/Visedo. The DC advantage is that generators can run on variable speed meaning that Yxlan can operate in the most efficient way as the need for power shifts along the route. It also has a positive effect on total system weight and investment cost than a similar sized AC system. The owner noted that DC systems of this size have become more cost and weight efficient in just the last year, thus making possible an installation that was not possible some years back.

The owner said it is interesting and new to use hybrid propulsion on this kind of operation in Stockholm. The company said it would take some time in operation to see the full effect of the system setup and how it can be further improved on future newbuilds. 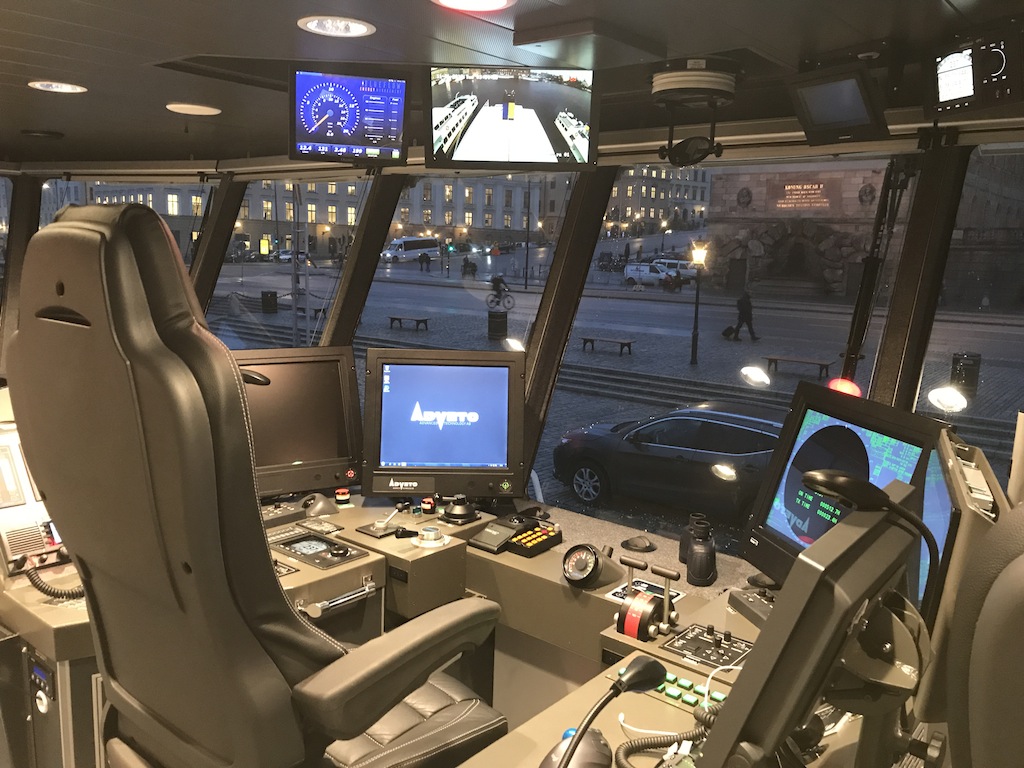 In order to lower its environmental impact and operating costs, the vessel has high quality insulation all over, can recover waste heat from the engines, cooling with direct seawater or chillers, as well as heat/cooling recovery of the exhaust air.

The HVAC system is divided in two parts. One large unit on the roof handles the passenger areas. To be able to minimise energy consumption, as there is only 32A shore power available in some island harbours, and not to send noise/vibrations to the cabins below, there is an additional, much smaller unit for the crew area. This unit is located underneath the bridge. 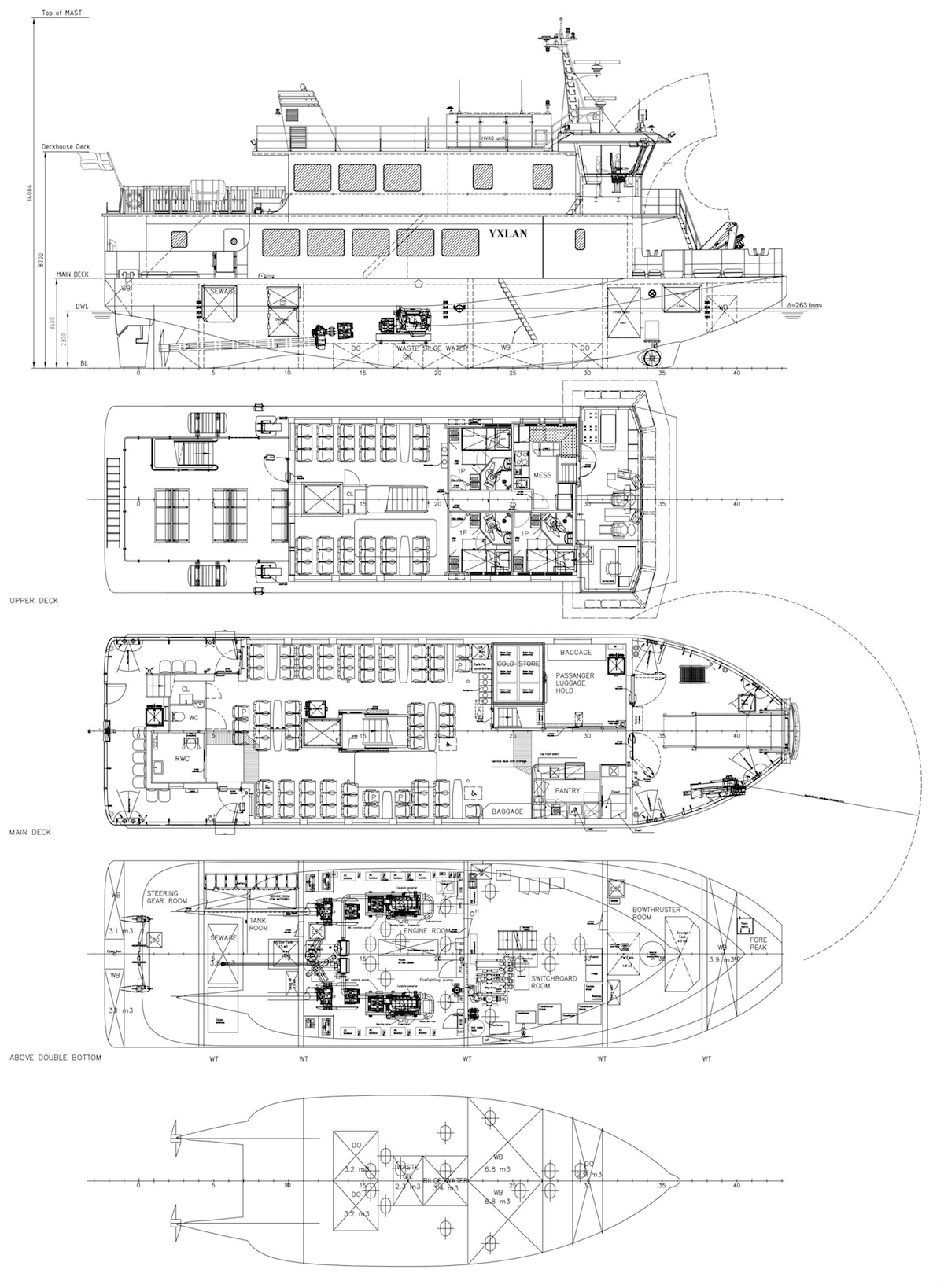