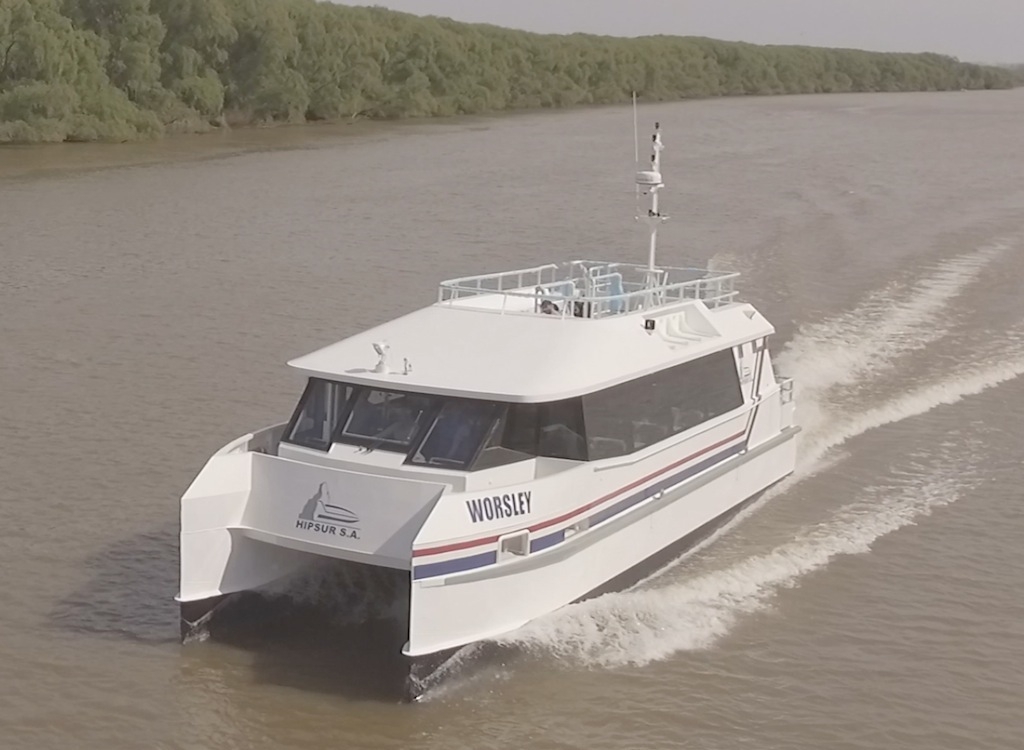 In late 2018, a 17- by five-metre catamaran completed its final tests in the Tigre Delta of the Tigre on the Parana River near Buenos Aires, Argentina prior to its delivery to her Chilean owners.

The cat was designed by Emilio Noel and built by Astilleros Unidelta which has a well-established reputation in a wide range of steel and aluminium workboats. The yard has a plant located in Buenos Aires with 10,000 cubic metres of open and 4,000 cubic metres of covered work space. 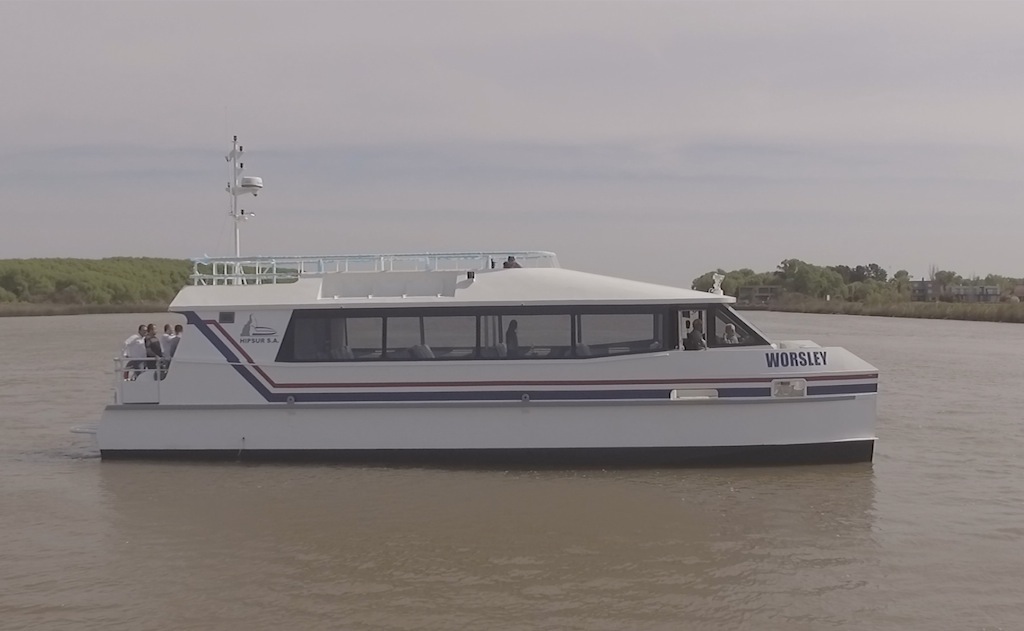 The new catamaran has a capacity for 69 passengers and a three-member crew. The power for propulsion is provided by two Cummins QSB 6.7 engines, each delivering 261 kW at 2,800 rpm. The two mains are coupled to two heavy-duty Konrad 680 B series sterndrives. This arrangement allows the boat reach a speed of 22 knots with a range of 600 nautical miles.

The auxiliary power for the vessel services is provided by a Cummins Onan MDKBJ generator of 6.0 kVA. Tankage onboard includes fuel tanks with capacity for 3,000 litres as well as fresh water tanks with 300-litre capacity. 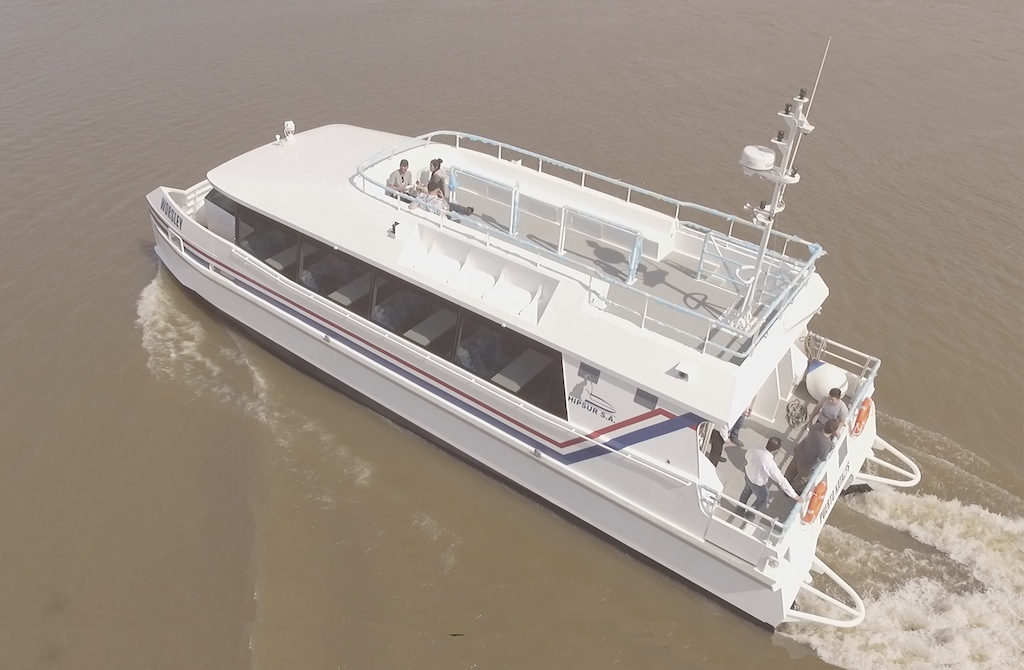 The boat is built according to Lloyd’s Register Class and Prefectura Naval Argentina standards.

Have you heard of any newbuilds launched or vessel build/design contracts signed? 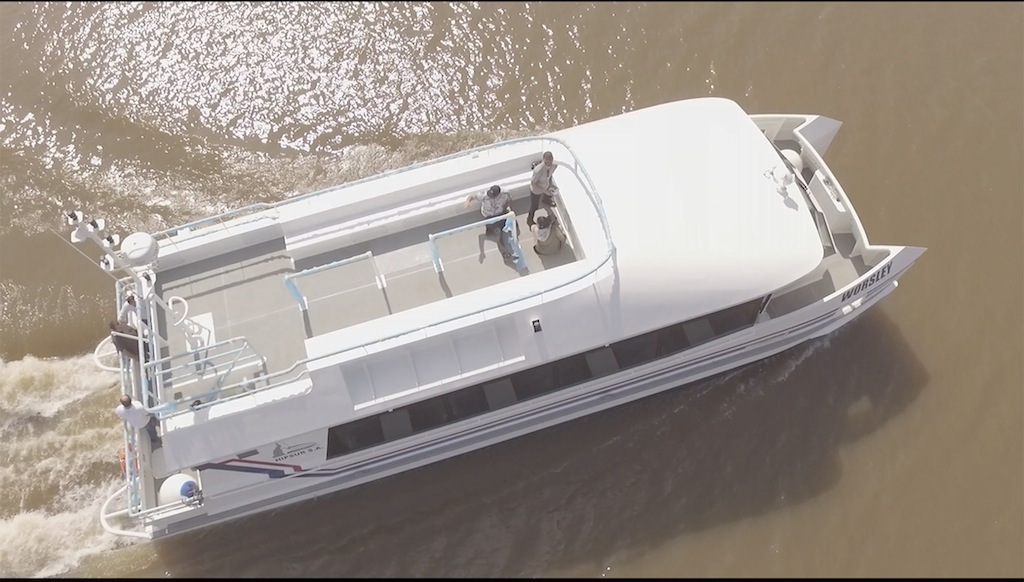