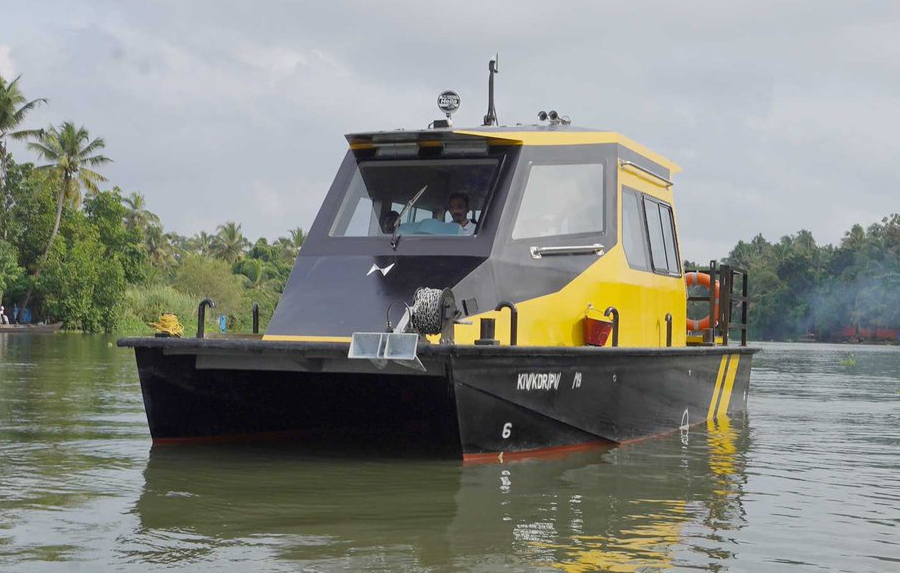 A new catamaran passenger vessel has begun ferrying both commuters and tourists in the Periyar River in the Indian state of Kerala.

Built by Kochi-based Navgathi Marine Design and Constructions for the Kerala State Water Transport Department (SWTD), Tejus-1 (“Brilliance”) boasts an all-FRP construction, an LOA of 8.5 metres, a beam of 3.81 metres, a draught of 0.5 metres, and a displacement of 5.8 tonnes at full load. Upon entering service in October 2020, the vessel became one of the first purpose-built water taxis to be operated in India.

The main cabin has seating for 10 passengers in addition to the crew of two. Also, the helm station was designed with ergonomics in mind, fulfilling the SWTD’s requirement for reduced operator workload.

Panoramic windows have been fitted to provide occupants with excellent views of the surroundings as the vessel sails along Kerala’s longest river. The interior also benefits from reduced vibrations thanks to the vessel’s lightweight construction and optimised catamaran hull form, while improved seakeeping and stability are made possible by the incorporation of watertight bulkheads and buoyancy compartments. Both the interior and exterior floors feature anti-skid surfaces while C-type fendering was used on the hull for added safety.

The vessel is powered by one OXE outboard diesel engine that produces 130 kW to deliver a cruising speed of 15 knots and a maximum speed of just above 16 knots, which its designers have claimed makes it the fastest form of public water transport in Kerala. Fuel is supplied from a 300-litre tank. 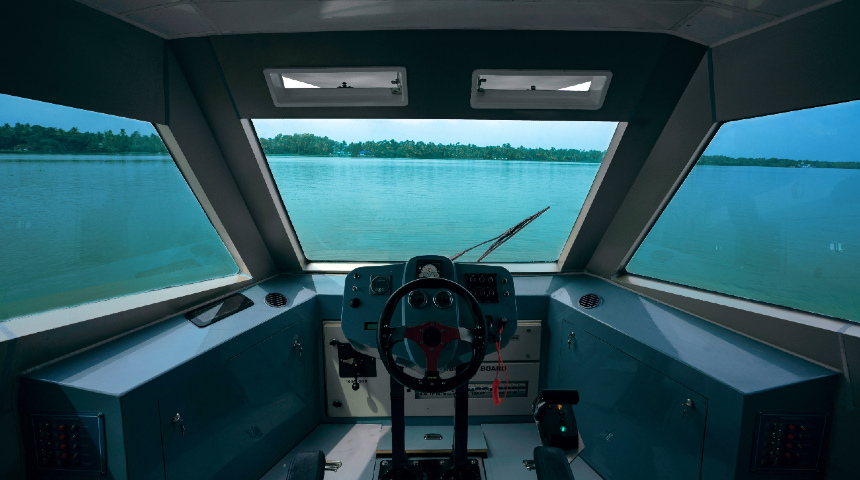 An electronic steering system developed in-house by Navgathi provides excellent manoeuvrability even at high speeds under full load conditions. The designer added that the vessel can be modified accordingly should the owner decide to switch to all-electric propulsion in future to further reduce missions.

The onboard systems draw power from a set of 24V, 200Ah lithium-ion batteries that are augmented by a roof-mounted array of solar panels. The electrical storage system can also be monitored remotely with the help of a specially developed mobile app. In the event of an emergency, the occupants will be notified via a bilge monitoring alarm while onboard storage space is available for individual life jackets and portable fire extinguishers.

Tejus-1 was designed and built in accordance to Indian Registry of Shipping class rules. It is the first vessel in a planned series of high-performance, combination water taxis and tour boats to be operated in Kerala’s inland waters. The second vessel in the series was delivered to the SWTD earlier this year and has already begun sailing on Kerala’s Valappatanam River out of the town of Parassinikadavu. 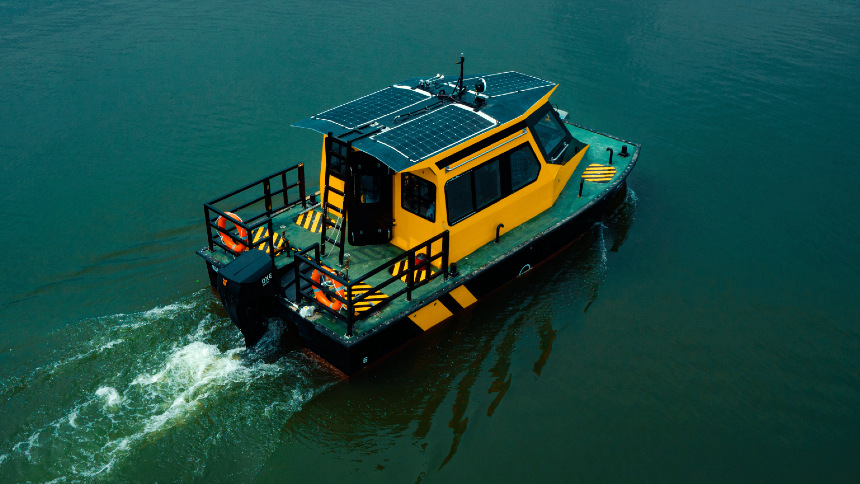 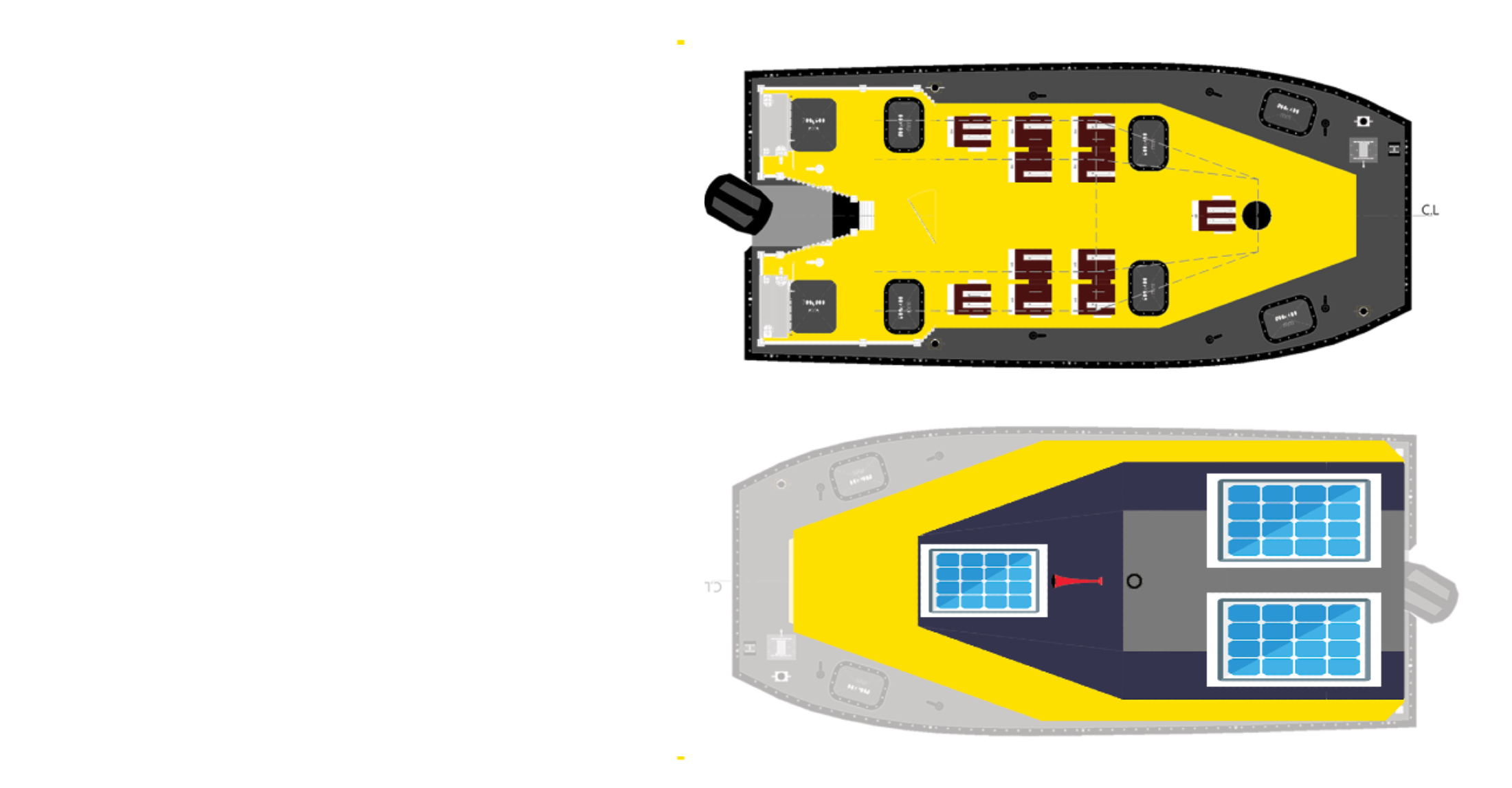