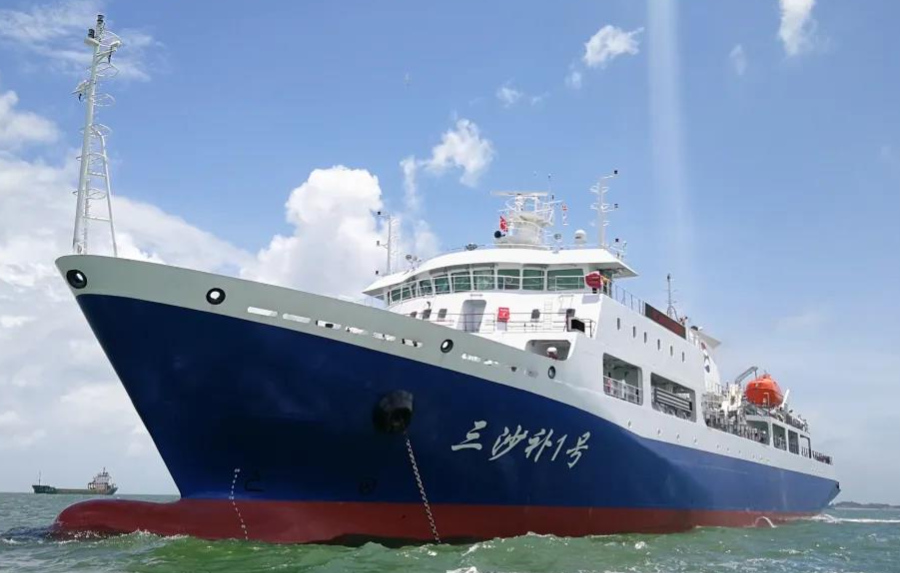 A new ship has begun operating in and around the Chinese-held Paracel, Zhongsha, and Nansha/Spratly Islands as well as their surrounding reefs, a vast region that covers a total area of more than two million square kilometres in the South China Sea.

The newbuild is classified as a supply vessel and is appropriately named Sanshabu No 1 (“Sansha Supply No 1”). It is tasked primarily with providing logistical support for a diverse range of activities such as offshore civil construction and engineering projects, deployments by military units, and fishing  in and around the aforementioned islands in the South China Sea. It accomplishes this by regularly delivering essential supplies, eliminating the need for on-site storage facilities.

The secondary duties of the vessel will include the transport of passengers and cargo as well as medical evacuation for the people who live and work on the islands, particularly when they require treatment in the larger and better-equipped hospitals found on the mainland.

The one-off vessel has a length of 110 metres, a beam of 16 metres, and a draught of four metres, allowing it to call at many of the islands’ ports that are inaccessible to most other ships of similar size. The newbuild also boasts a range of just over 5,000 nautical miles to enable it to easily sail from the Chinese mainland to the outlying island cities. This long endurance will also mean the vessel can navigate between those many islands while making fewer calls for bunkering in between.

The vessel was built by the Huangpu Wenchong Shipbuilding subsidiary of China State Shipbuilding Corporation to augment the capabilities of the collective local government of those island groups with regard to the provision of public services to their small but steadily growing civilian populations. The owners expect that the ready availability of this type of transport capability will help reinforce China’s presence in this disputed region in the Asia-Pacific.

Sanshabu No 1 was handed over by Huangpu Wenchong to the municipal government of the vessel’s namesake Sansha City on Yongxing Island in the Paracels in late August of this year. The new vessel has been regularly sailing out of the Free Trade Port in Hainan province on supply voyages to the Nongsha Islets, the Paracels, and the Spratlys as part of its normal operating profile. This is currently the only means of ensuring the steady flow of essential goods and services from the mainland to the communities in these outlying islands and reefs, all of which came under the jurisdiction of the prefecture-level government of Sansha City in 2020.