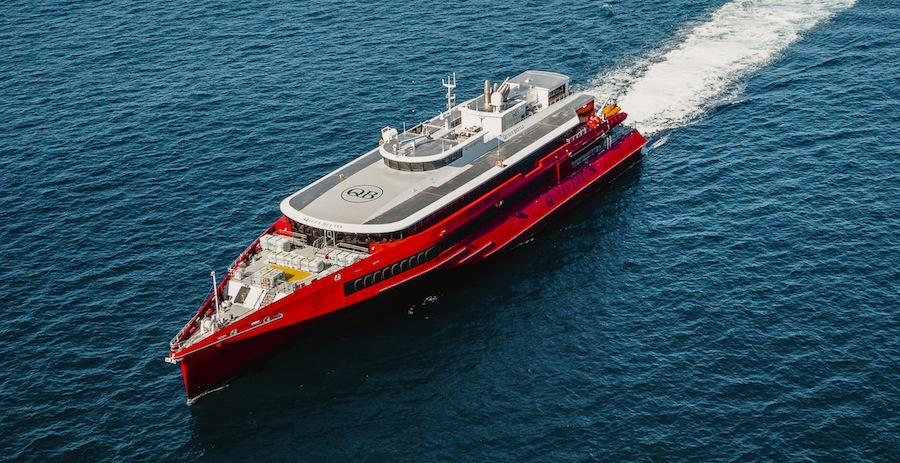 JR Kyushu Jet Ferry, a Japanese passenger transport company that serves the 115-nautical-mile route between Fukuoka and the South Korean city of Busan, recently welcomed a new high-speed trimaran vessel to its fleet.

Named Queen Beetle, the new ferry was built by Austal Australia in response to the operator’s need for a vessel that could transport up to 500 passengers at a cruising speed of 37 knots between Fukuoka and South Korea’s second most populous city. Further, the vessel needed to possess an assortment of onboard amenities to ensure comfort and convenience for passengers on every trip.

Queen Beetle – which Austal CEO David Singleton claims is the first high-speed trimaran passenger vessel ever to be operated by a Japanese company – has an LOA of 83.5 metres, a moulded beam of 20.2 metres, a moulded depth of 6.3 metres, a maximum draught of 3.6 metres, and a maximum deadweight of 115 tonnes.

The newbuild could accommodate a total of 502 passengers on two decks. The upper deck consists of two sections with lookout seating for 16 passengers and business class seating for another 120. Passengers in the lookout seating section are afforded a view of the horizon directly ahead of the bow; the only other area of the vessel where such a view is available is the bridge.

During instances of clear weather, passengers will be allowed access to the outdoor viewing area forward of the lookout seating section on the upper deck.

The main deck is an all-economy class area that could house 366 passengers. Access between the two decks is via port and starboard stairways and an aft ramp passage for use by elderly and disabled individuals.

Although the seating allotted for elderly and disabled passengers is limited only to the main deck, the particular area where these seats are located features much greater space for moving around compared to other areas of the vessel, thus guaranteeing improved mobility and easier access even for wheelchair-bound guests.

The onboard amenities include a bar, a café with galley, locker rooms for luggage, a children’s play area, male and female restrooms, two nursing rooms for mothers and small children, and a store that sells duty-free merchandise. There is also a separate crew mess area forward of the passenger area on the main deck.

The interiors of both the main and upper decks were custom-designed by Japanese firm Don Design Associates, which had also provided design work on the interiors of the railway vehicles operated by JR Kyushu Jet Ferry’s sister companies under the JR Kyushu Group.

Queen Beetle is powered by four MTU 16V1163 M74 IMO Tier II-compliant diesel engines that drive four KaMeWa 90 S4 waterjets to propel the ferry to a speed of 36.9 knots at 85 per cent MCR. The sea trials that were conducted prior to delivery showed that the ferry could also reach speeds in excess of 40 knots while maintaining stability.

The ferry has also been fitted with Austal’s proprietary advanced motion control system that automatically adjusts a set of hydraulically powered, bottom hull-mounted T-foils to keep both pitching and rolling to a minimum even when sailing at speeds above 30 knots. Real-time monitoring of the vessel’s performance may be done through either an onboard station or the crew’s mobile devices, thanks to remote monitoring software that had also been developed by Austal.

Queen Beetle is classed by DNV GL and is currently sailing under the Panamanian flag. 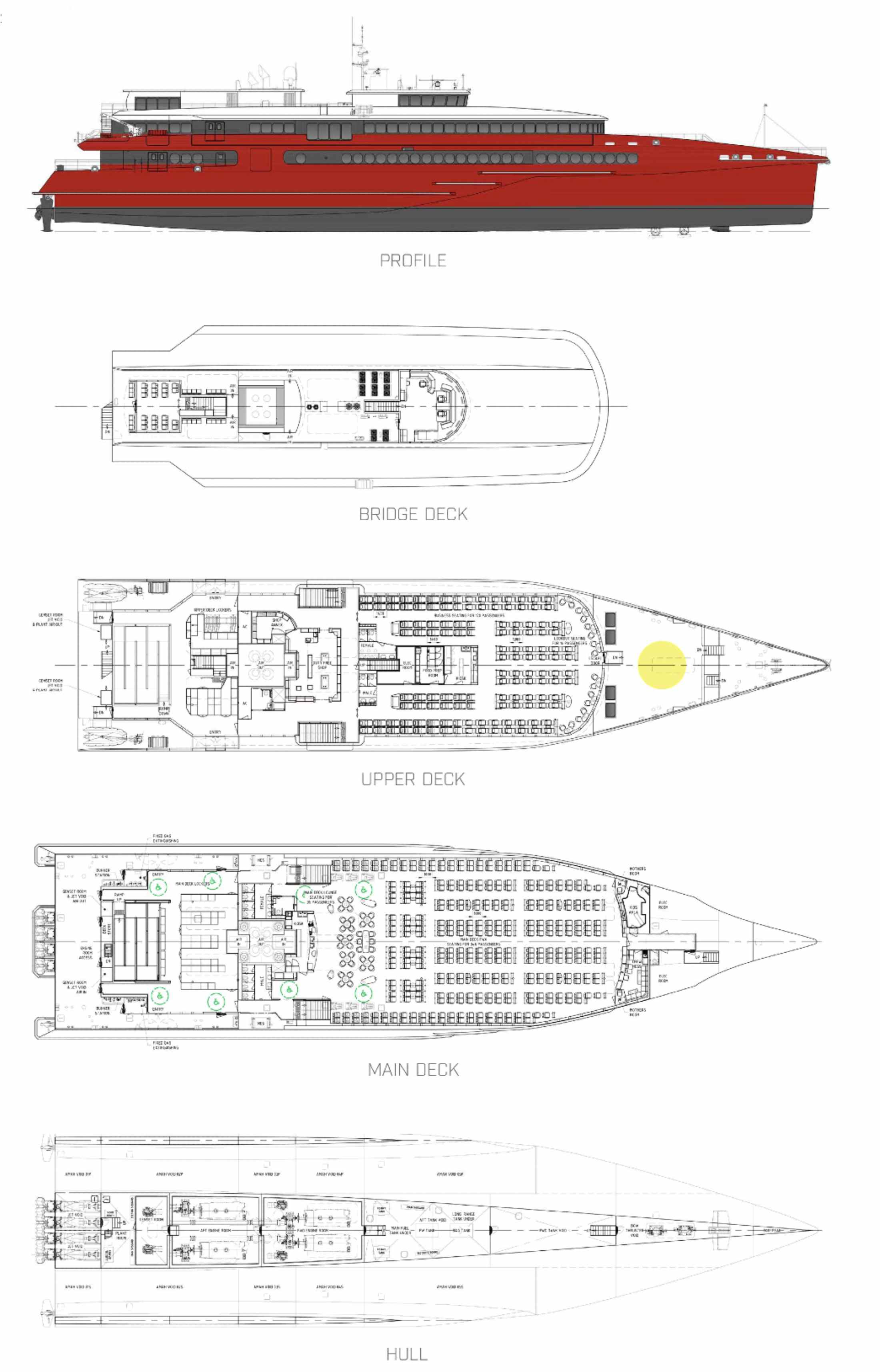