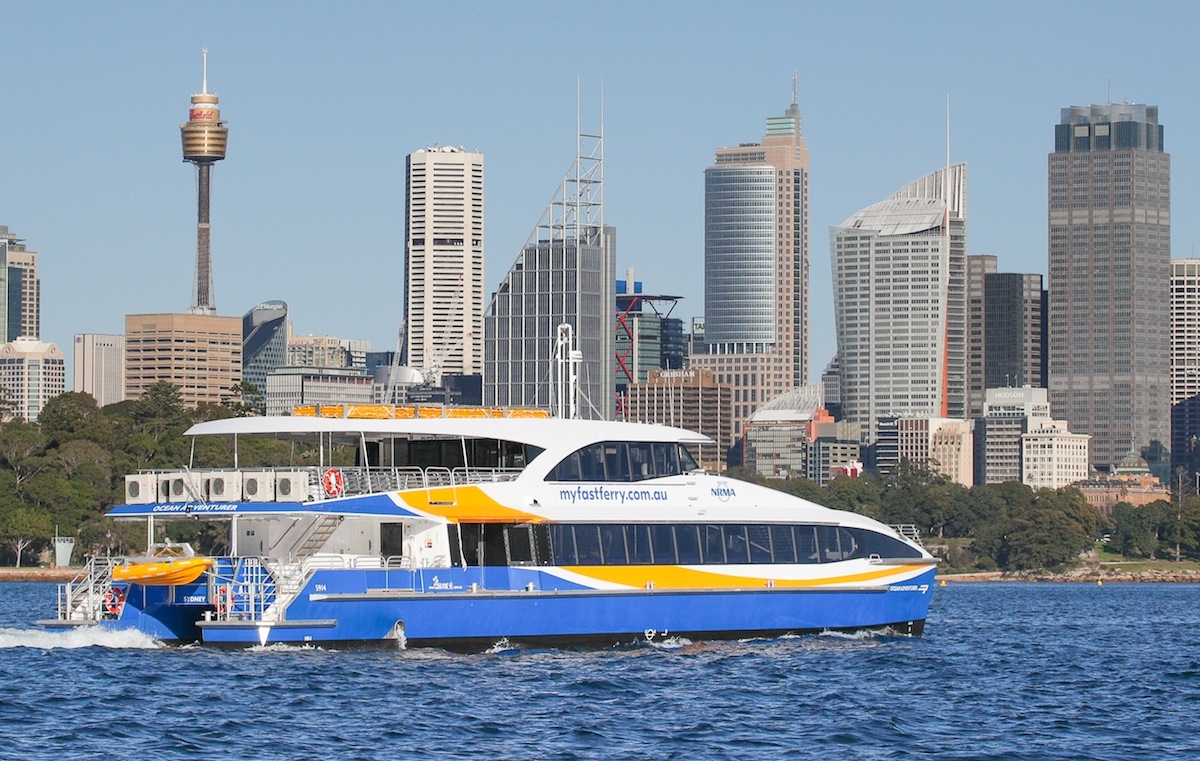 Bearing the My Fast Ferry livery, Ocean Adventurer will soon join four other Incat-built vessels in the My Fast Ferry fleet in Sydney on Harbour commuter service. The ferry has been under construction at Incat since late 2017, with a team at Incat working on day and afternoon shifts to construct and fitout the vessel.

The catamaran hull and superstructure are constructed from marine grade aluminium with the hull having a hard chine and symmetric hulls. Passenger access is via two double gangways at the main passenger level.

Both main and upper decks include indoor and outdoor seating with a total capacity for 400 passengers. Toilets, kiosk and bike racks are located on the main passenger deck whilst internal stairs provide access from the main deck to the upper deck, which includes passenger areas and the wheelhouse.

Each hull is home to a MAN D2862 LE463 diesel engine, each rated at 1,029bkW at 2,100rpm. These engines are connected to Twin Disc Quickshift MGX6620 gearboxes that in turn are connected to five bladed fixed pitch propellers.

The propulsion package gives the vessel an operating speed of 24.9 knots which is relatively consistent with the other Incat vessels operating in the Manly Fast Ferries fleet. The fuel efficient engines will only have to sip the 2,500 litres of diesel that is carried in each hull. 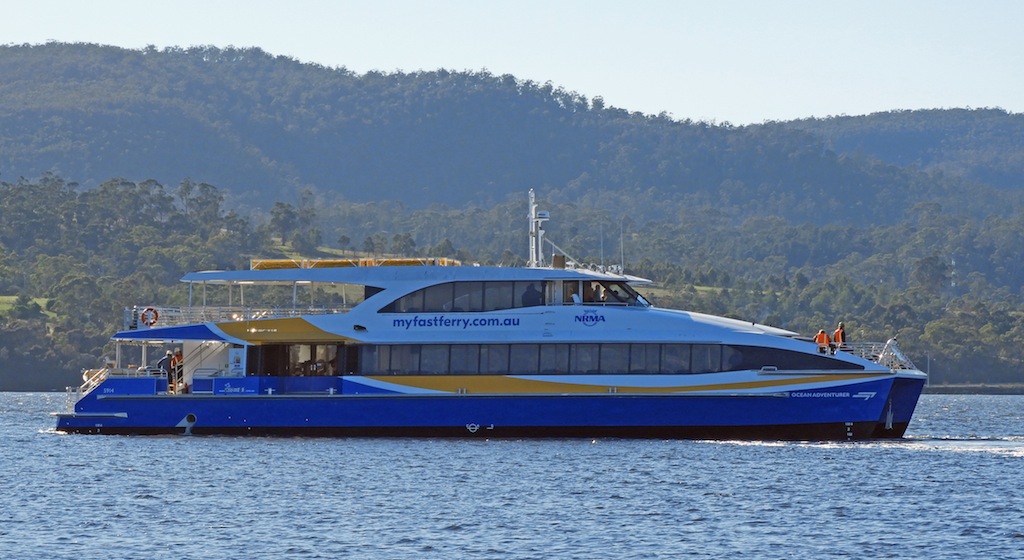 A ride control system has been installed on Ocean Adventurer, consisting of a pair of active Humphree interceptors fitted at the vessel’s transom, and controlled by an electronic control package.

The electrical system is 240/415V AC and is supplied by two Caterpillar C4.4 diesel generators, one located in each hull. A split system air conditioning capability has been installed for bridge and indoor passenger areas.

Safety equipment for the passengers includes Carly floats and lifejackets for 400 people as well as a 2.4-metre man overboard dinghy.

Manly Fast Ferries was purchased in early 2018 by the NRMA, which now markets the service with the My Fast Ferry branding. 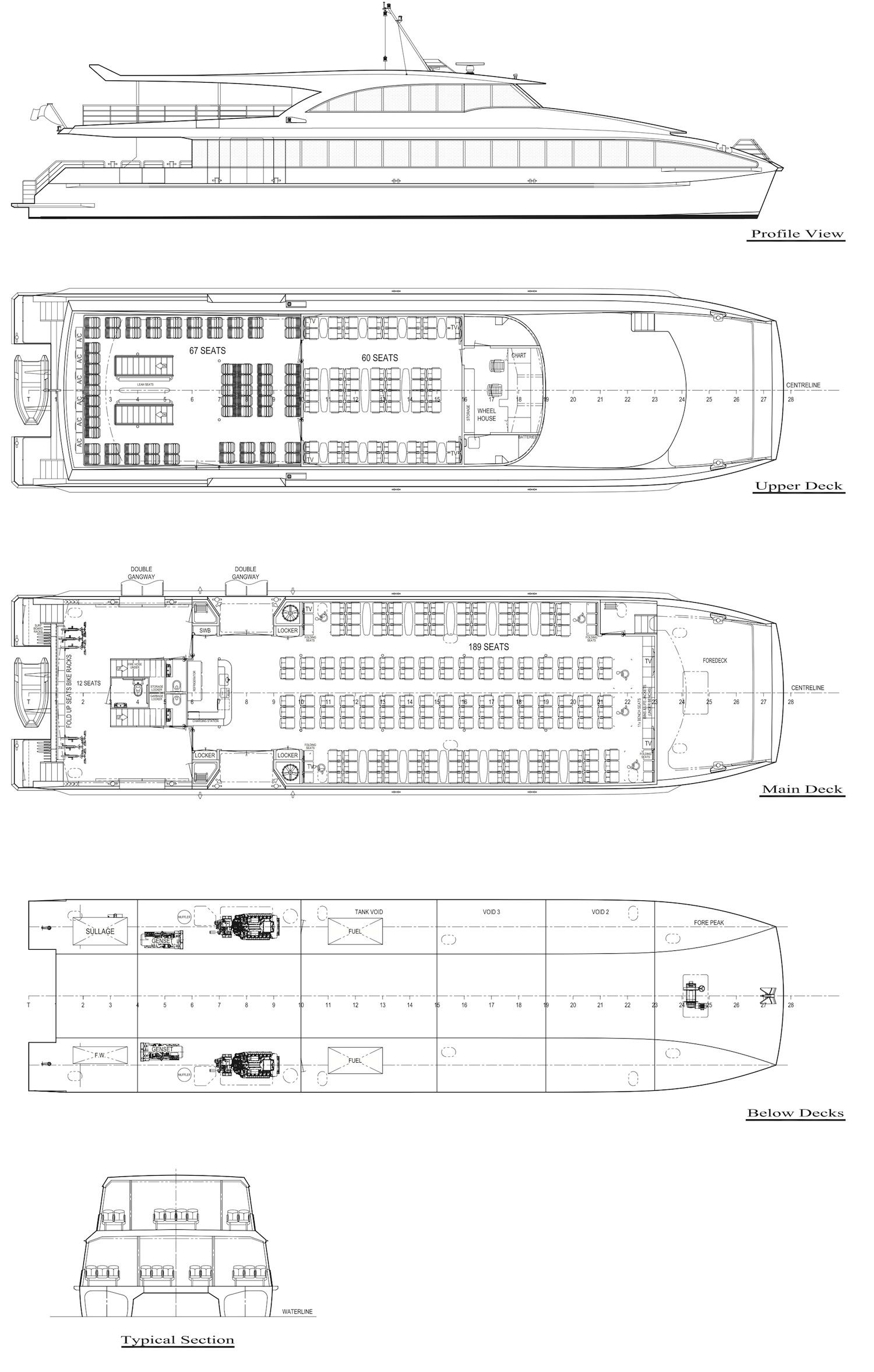