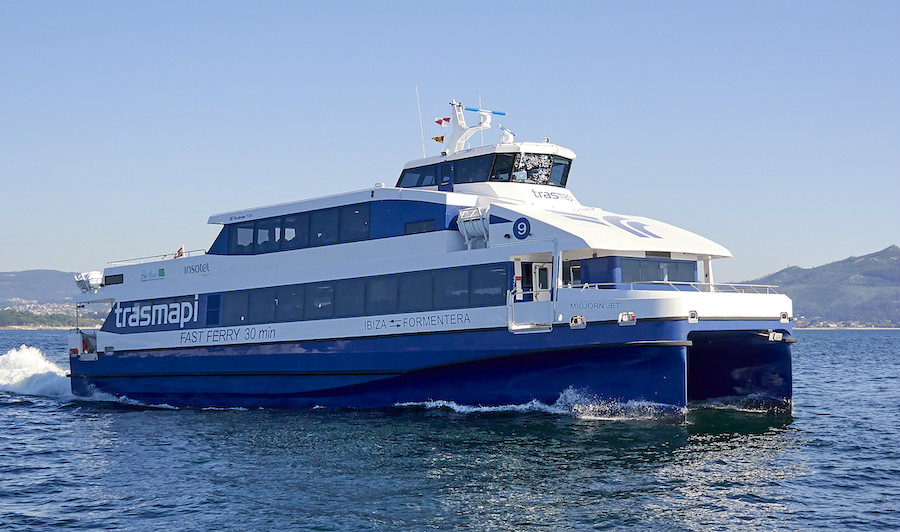 Spanish builder Rodman Polyships recently handed over a new catamaran vessel to Trasmapi, an operator that has been providing fast ferry services between the islands of Ibiza and Formentera in the Balearics for more than 40 years.

The ferry has been named Migjorn Jet in honour of Migjorn, a municipality on the Balearic island of Majorca. It is the third vessel in a series – after the 2017-built Illetas Jet and the 2018-built Espalmador Jet – and the fourth overall Rodman ferry to be built for the same customer.

The newbuild has an LOA of 30 metres, a moulded beam of nine metres, a depth of 3.57 metres, a draught of 1.3 metres, and a displacement of 120 tonnes at full load.

The vessel can accommodate 329 passengers and crew. As was the case with its earlier sisters, construction of Migjorn Jet was executed in compliance to the International Code of Safety for High Speed Craft, which allows for the transport of 306 passengers without speed limitations.

Although Migjorn Jet possesses the same overall dimensions of its two earlier sisters, slight changes were made to ensure greater convenience and comfort for all on board. These changes include slightly wider corridors and stairways and rearranged toilets and dining spaces. 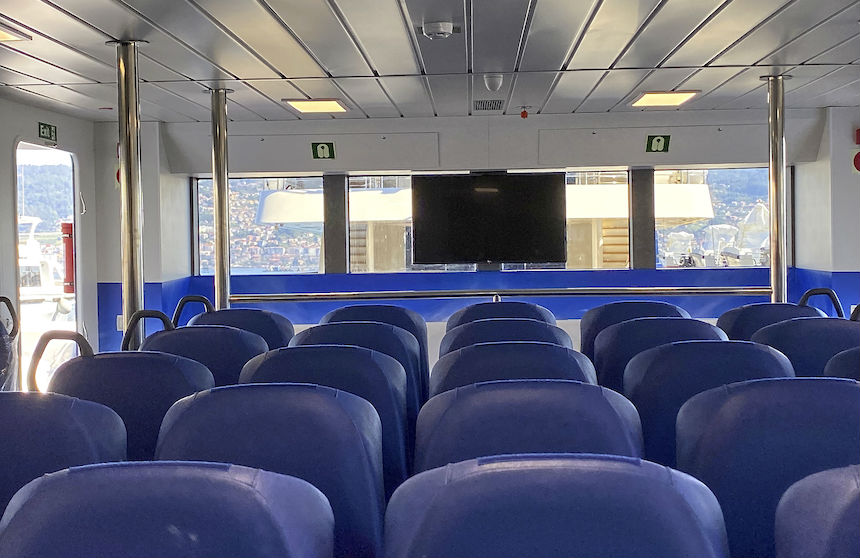 The vessel has two lounges, each of which has been fitted with windows offering a panoramic view, television sets, USB charging ports, wi-fi access, and a small bar. Elsewhere throughout the air-conditioned interior are special seats with anchors for wheelchairs and prams.

The onboard toilets also have diaper changing tables as well as facilities for use by elderly and disabled passengers.

There is an open space on the aft upper deck, giving passengers the option to be seated outdoors while the vessel is underway.

The ferry also has a dedicated area for bicycles and motorcycles.

Migjorn Jet had been built specifically to complete up to 16 half-hour-long trips each day along the 10 nautical miles between Ibiza and Formentera. However, it is also capable of providing additional daily trips especially during the peak summer months when large numbers of tourists visit the islands while on holiday. 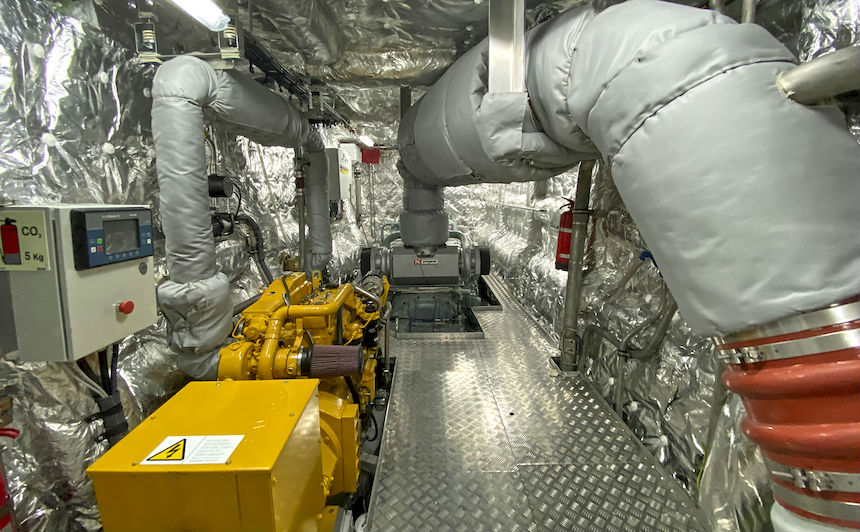 Power is provided by a pair of Mitsubishi S12R-T2MPTK diesel engines, each with a rated output of 1,227 kW at 1,800 rpm. The engines are connected to two ZF 5000 gearboxes and drive two fixed-pitch propellers to enable the ferry to reach speeds of up to 27.5 knots.

“In the case of Migjorn Jet, we were required to provide a lighter and more efficient vessel without sacrificing passenger capacity,” Rodman told Baird Maritime. “This is because the owner had wanted a vessel that was faster than the others in their fleet, including the earlier vessels we had supplied to them.

“With that in mind, the biggest challenge lay in reducing vessel displacement while retaining the ability to carry 300 passengers. A great deal of effort was thus devoted to finding the best possible solution.”

Rodman added that the engines on Migjorn Jet are more efficient than those in the earlier vessels they had delivered to Trasmapi. Both the builder and the operator claim fuel consumption is around 10 per cent less than those of vessels powered by older engines.

The operator had also wanted a more environment-friendly vessel. Thus, the engines have been fitted with an exhaust after-treatment system that not only helps reduce harmful emissions by as much as 15 per cent, but also reduces noise by as much as 70 per cent, as Rodman claims.

Trasmapi did not wait until the vessel’s completion to request the builder to incorporate features that would help prevent the further spread of Covid-19. Rodman said that since Migjorn Jet was still under construction by the time Spain began feeling the effects of the pandemic, they were able to install the necessary equipment – including UV radiation lamps and interlocking floorboards as an alternative to carpets – without making any drastic changes to the overall layout, which would otherwise be the case had the additional features been incorporated after the vessel was already finished. 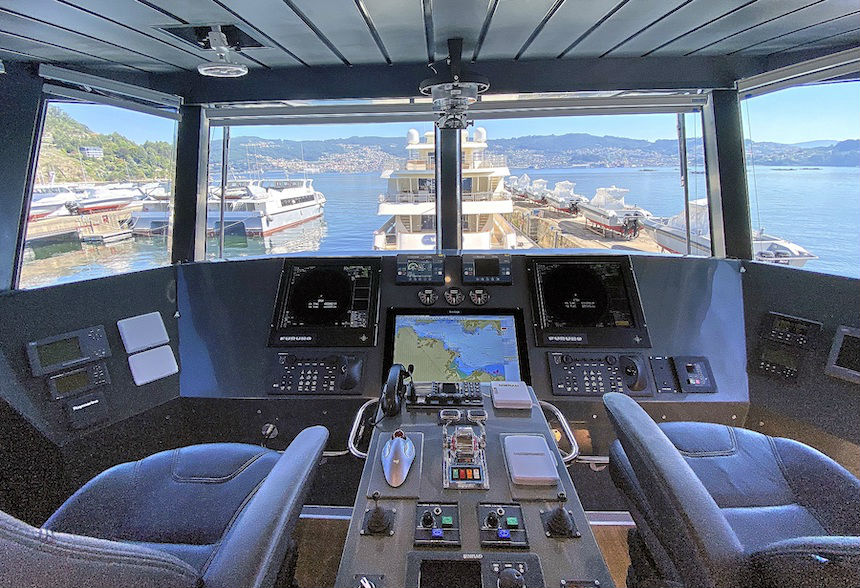 Migjorn Jet is adequately equipped as regards communication and navigation aids, with devices supplied by well-known brands such as Simrad, Furuno, JRC, Koden, and Raymarine. Besides the usual items, the ferry also boasts other key electronics including a rudder angle indicator and a voyage data recorder.