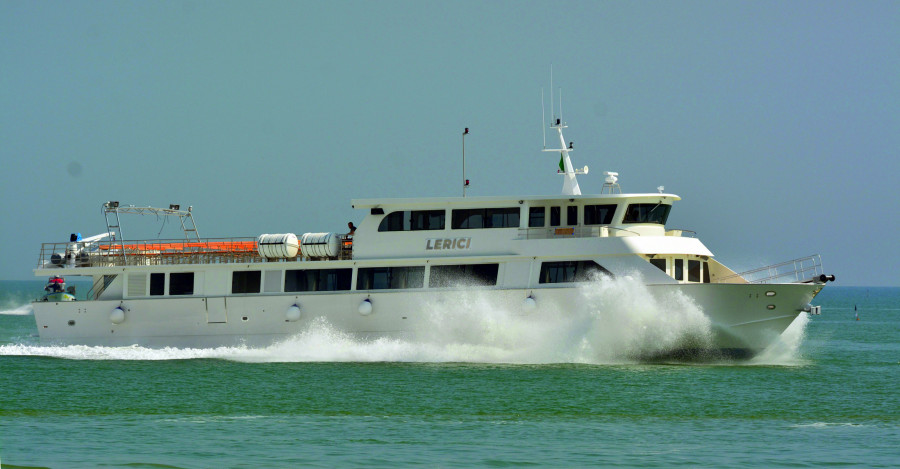 Italy’s Boschetti Shipyard, based in Cesenatico on the Romagna Riviera, on the North Adriatic coast, has delivered the passenger vessel Lerici, commissioned by the Maritime Consortium Cinque Terre Golfo dei Poeti of La Spezia.

The new vessel is an evolution of the ferry Levanto, which Boschetti built in 2015 for the same owner. 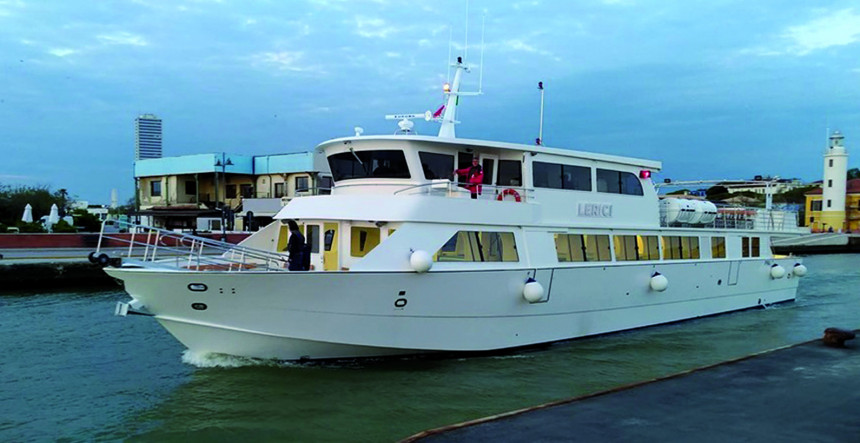 On Lerici, certain features have been improved, while maintaining the main characteristics of her predecessor. Functional spaces have been maximised without penalising the aesthetics, the services on board, the stability while underway and the operational speed.

Lerici has a capacity of 495 passengers, approved for coastal navigation within a 20-mile limit, which can increase to 595 if sailing in calm waters. At 33.74 metres long and 7.34 metres wide, she was designed by naval architect Alberto Mori of Tecnonavi. 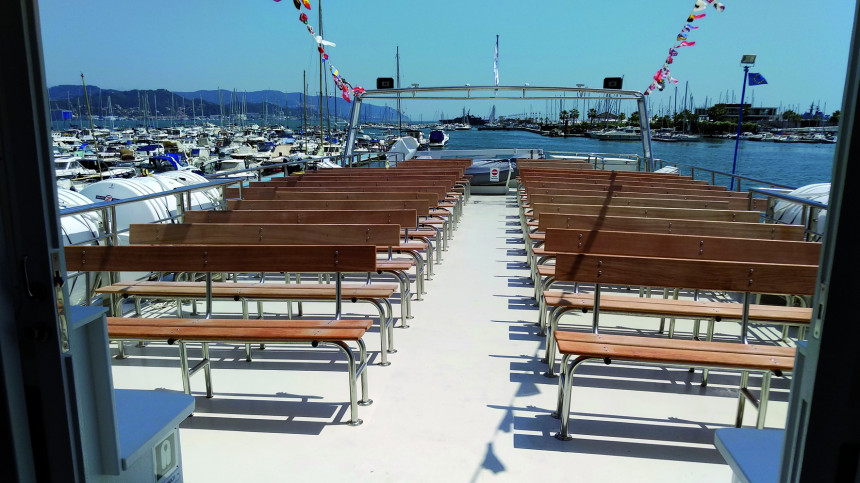 The hull and the sun deck structure are made of reinforced fibreglass. The other structures are, as usual, made of marine wood. There are two embarkation areas on the left side and two on the right, in the centre of the hull and in the stern, in addition to the gangway on rollers positioned at the bow.

On the main deck of Lerici we find a small bar and the two toilets on the stern side of the boat, all accessible from inside the vessel. The main lounge has been designed to make the most of the large size of this passenger vessel. Lerici is fitted out with high-quality furnishings throughout. 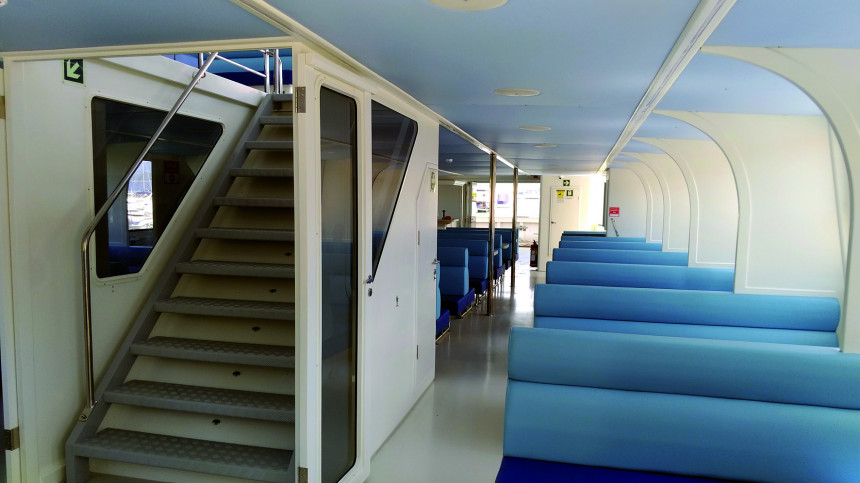 Two staircases at the stern, and one in the main lounge, allow passengers to reach the sun deck. The latter gives access to a secondary sitting area, furnished in the same style as the main deck, which connects to the wheelhouse and the external deck, with ample wooden seats and a confined space dedicated to the emergency tender and the crane.

The wheelhouse, which differs from the Levanto project in having the large windshield in the opposite position, consists of a mahogany and cherry-wood worktop, where the electrics and storage compartments are designed for easy accessibility. 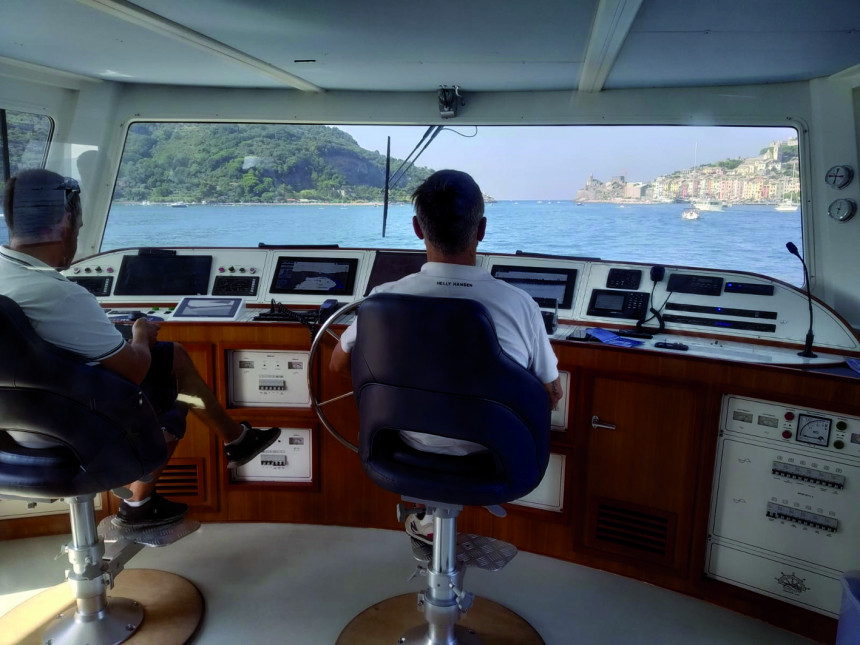 The dashboard, covered with a fine white eco-leather, is built to avoid reflections caused by the sun on the various panels, and is equipped with all the necessary instruments for navigation, including a complete GMDSS station, three interchangeable monitors, radar, echo-sounder, autopilot, plotter with GPS, TVCC system, CO2 fire alarm system control unit, and Rexroth remote engine controls. 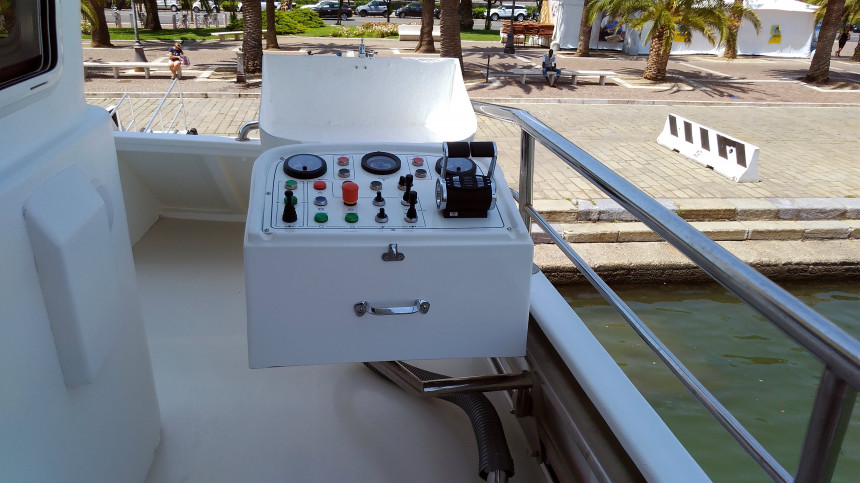 There are three control points. In addition to the main one, we find manoeuvring stations installed on special rails on both the wheelhouse cabin sides, which allow them to be moved forward or backward, based on visibility during manoeuvres in the small docks of the Cinque Terre villages. 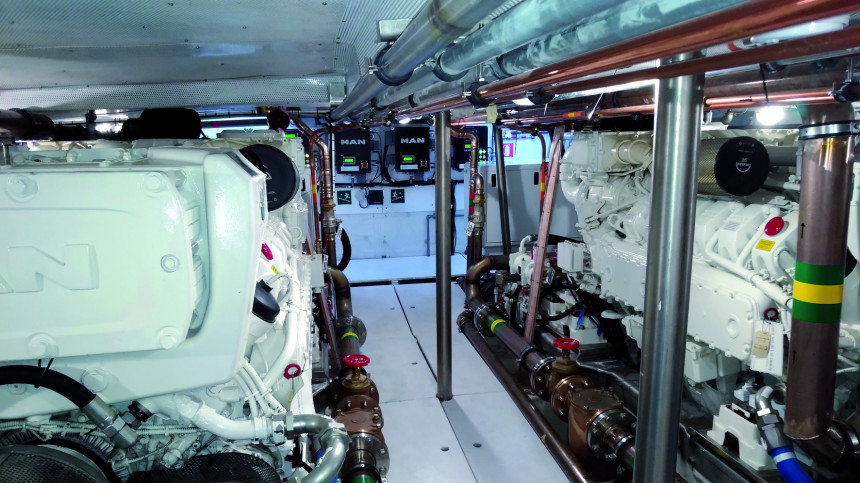 Lerici is powered by two MAN diesel engines of 1,650 horsepower (1,230 kW) each, with fixed pitch propellers, which allow the vessel to maintain a cruising speed of 20 knots even at full load. The engine room is fitted with a double sound absorption layer, to drastically reduce the perceived noise levels on board.

Two hydraulic thrusters have also been installed, one at the bow and the second in the centre of the stern, which contribute to improved manoeuvrability. 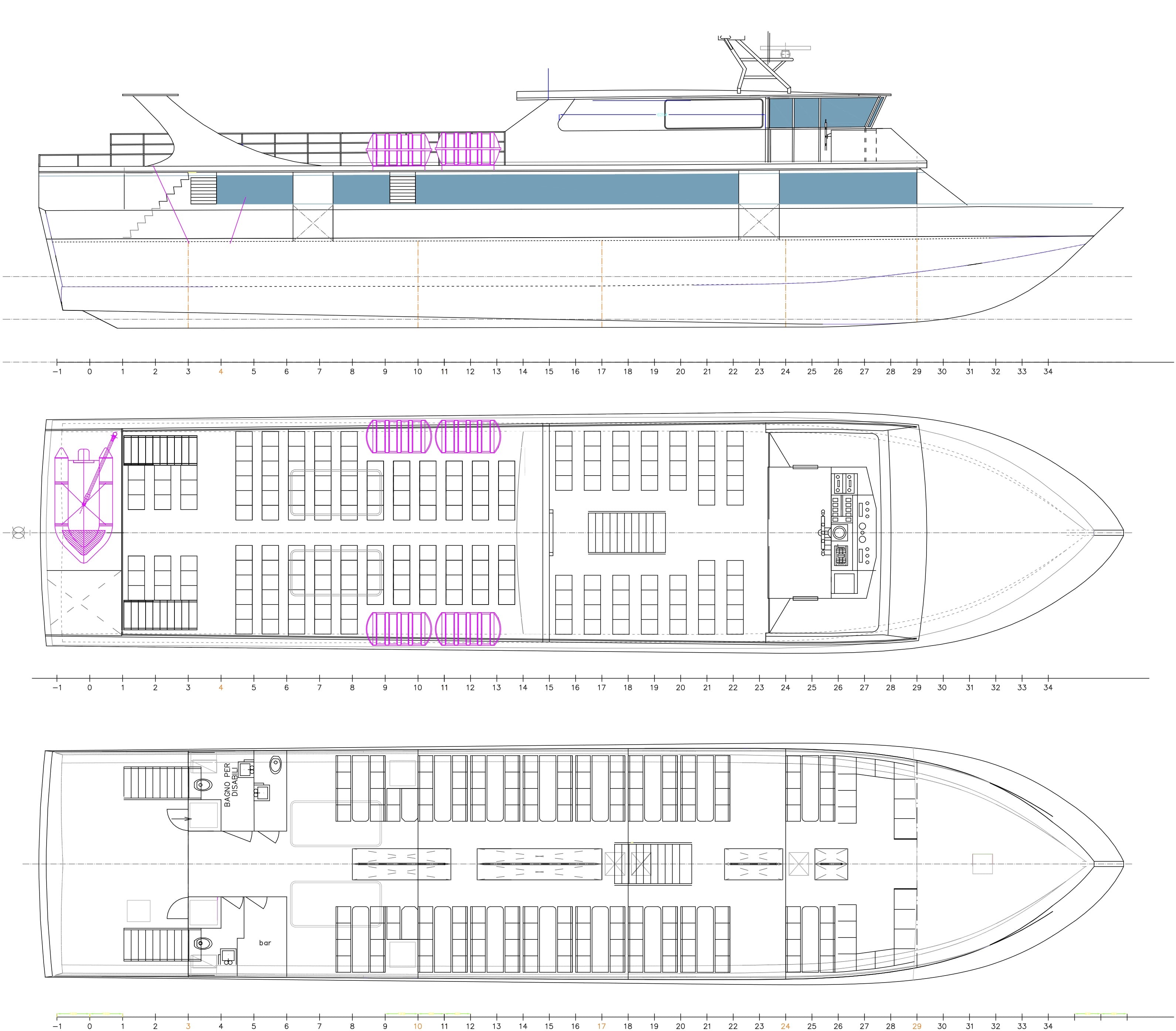