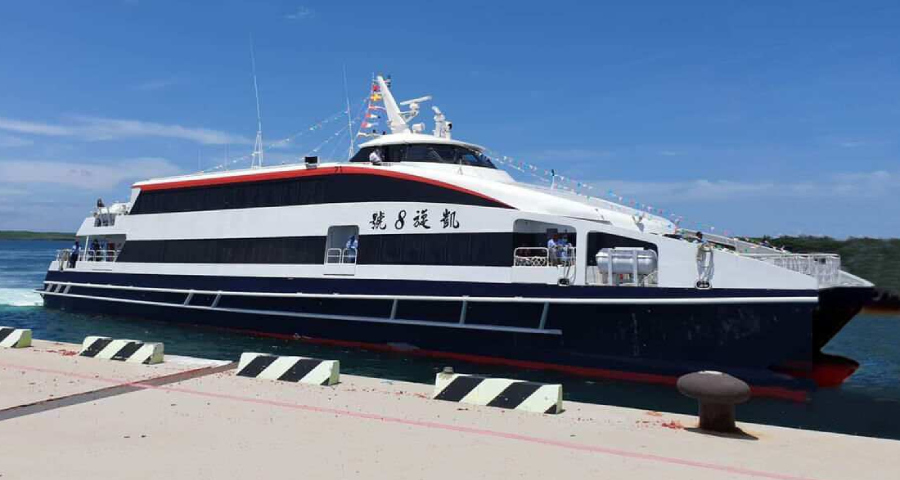 Designed by Dutch naval architects CoCo Yachts, Kai Shiuan 8 (“Triumph 8”) is owned by Kai Shiuan Transport Company and is slated for operation out of Budai Port. The new ferry will serve the route between Chiayi and Magong on Penghu’s main island, providing transport for both local residents and tourists for six months in a year.

“Kai Shiuan 8 is based on an earlier ferry from the same series that was also built to be suitable for Taiwanese waters,” Glow Marine General Manager Alan Chang told Baird Maritime. “This newer craft, however, has a modified hull to create enough space for four engines. The hull also features a modified ‘Z’ bow to reduce vertical acceleration in head seas.”

The said features were incorporated to fulfil the owner’s need for a vessel that guaranteed improved comfort while still being able to complete the Chiayi-Magong route within 75 minutes.

“Other requirements included low fuel consumption, maximisation of space within a vessel that does not exceed 500 GT,” CoCo Yachts told Baird Maritime. “The owner wanted to set a new standard for comfort by incorporating reduced noise, a nice interior arrangement with LED strip details, a specially made ceiling, and West Mekan Produksjon seats with luxurious leather upholstery.”

Kai Shiuan 8 was designed and built to the requirements of Bureau Veritas and Taiwan’s CR Classification Society. CoCo Yachts said the biggest challenge in designing the vessel was ensuring compliance with Taiwanese regulations and especially stability rules, both intact and damage, without adding too much to the vessel’s existing weight.

“The effort took additional time, but the result was satisfactory as all stipulated requirements were fulfilled.” 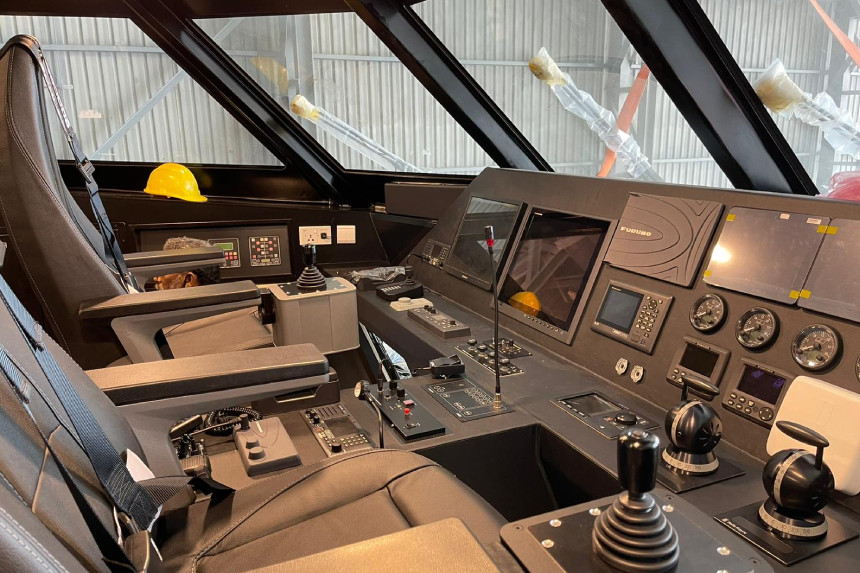 When asked what insights were learned during the design process, CoCo Yachts pointed out the importance of features that ensured safe ferry operations in the waters around Taiwan.

“Those waters can be quite rough with high waves, and high wind speeds are also a factor. Although it wasn’t required, we designed the ferry to be capable of operating even in wave heights of four metres. We realised we had to add material, which in turn resulted in an increase in weight, but we’re glad to have done so. As a result, the vessel runs well in bigger waves.”

Chang added that the Covid-19 pandemic also posed significant challenges throughout the vessel’s construction, not the least of which is the inability of the owners to visit Glow Marine’s Singapore facilities to personally witness progress and coordinate more closely with the yard. As a compromise, the builders resorted to online meetings and reporting using pictures to keep the owners updated at all times.

Kai Shiuan 8 has a length of 42.3 metres, a beam of 10.3 metres, a draught of 1.3 metres, a gross tonnage of 497, and capacity for 388 passengers including wheelchair-bound travellers, a noticeably greater capacity compared to the ferry it is intended to replace. 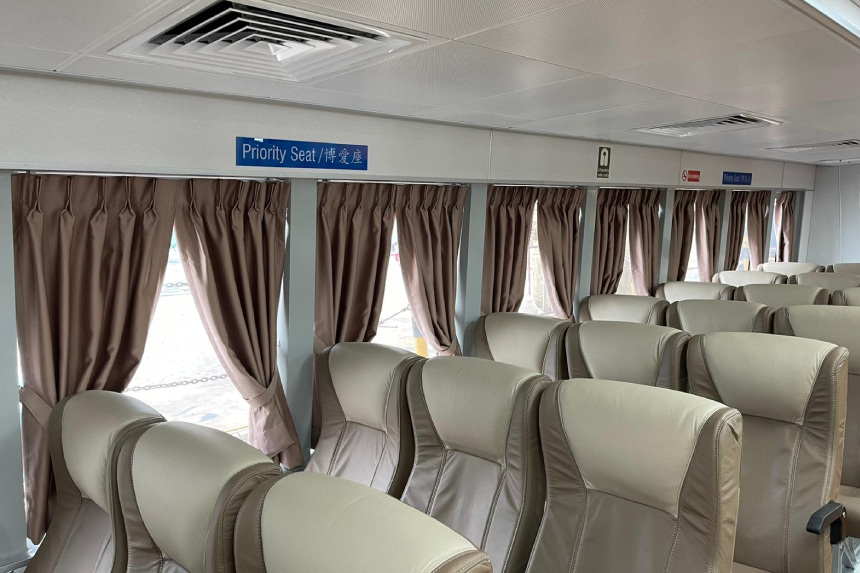 The main deck has seating for 232 passengers plus space for four wheelchair-bound travellers while the upper deck can seat up to 152 people. Large side and front windows in the main cabin provide passengers with unobstructed views of the outside while a high-capacity air conditioner is also installed.

A quartet of Rolls-Royce MTU 12V2000 M86 diesel engines drive Kongsberg KaMeWa S63-4 waterjets via ZF reversible gearboxes to propel the ferry to a maximum speed in excess of 38 knots or a service speed of just above 36 knots at 85 per cent MCR.

“The sea trials exceeded our expectations,” Chang told Baird Maritime. “The vessel was able to sail at well over 40 knots, which was actually a slightly higher speed than what was contractually agreed.”

The onboard electronics include two Furuno radars and a Teledyne FLIR thermal camera on a 360-degree rotating mount to allow the bridge crew to safely navigate whenever weather conditions result in reduced outside visibility.

Kai Shiuan 8 was handed over to its new owners in June of this year and its maiden operational voyage took place in August.