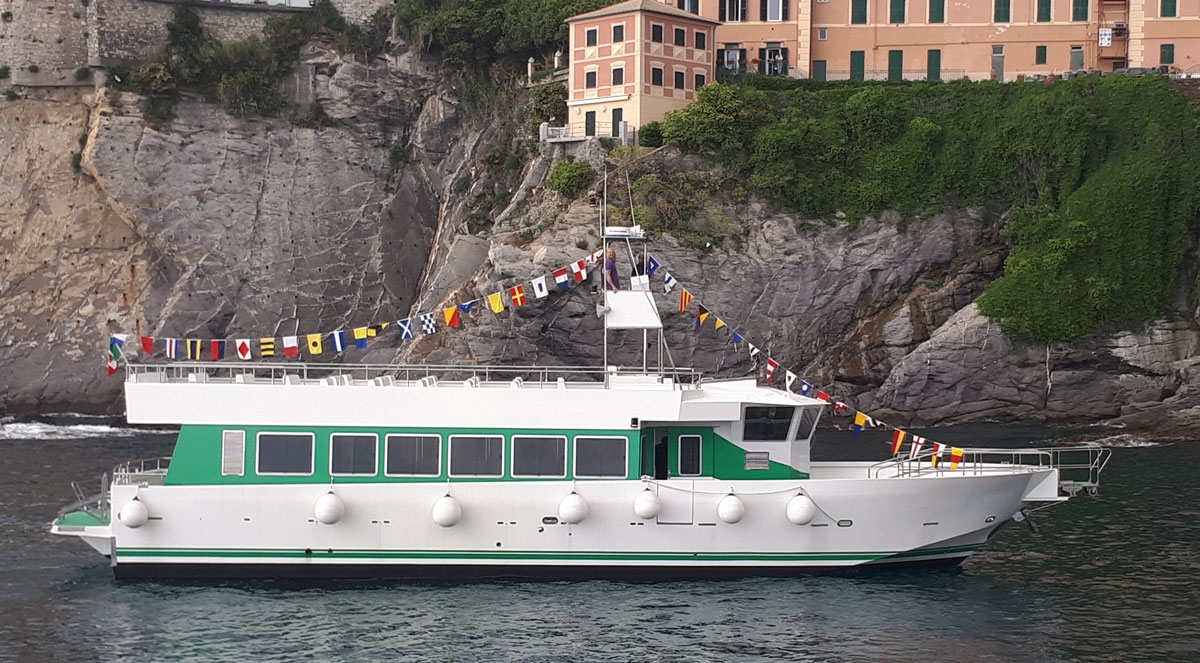 A new tourist vessel built by Marine Service, in its Massarosa shipyard, in the Viareggio area, is going to begin the whale watching season outside the Ligurian coast managed by Battellieri Golfo Paradiso, a company based in Camogli near Genoa.

Hydra is the first passenger vessel built by Marine Service, however the company has significant experience in the yacht business. 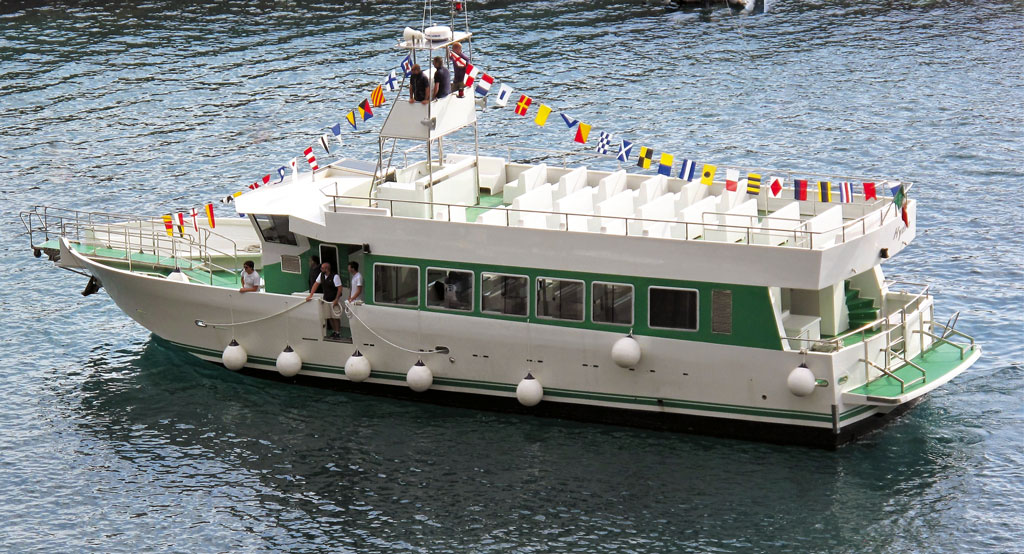 “The vessel is very well made, details are fine, more than we aspected,” said Captain Antonio Bozzo, part of the management team of Golfo Paradiso.

Hydra, which has a length of 23 metres, and a white and green livery, is a two-deck fibreglass sightseeing vessel that can accommodate 200 passengers. 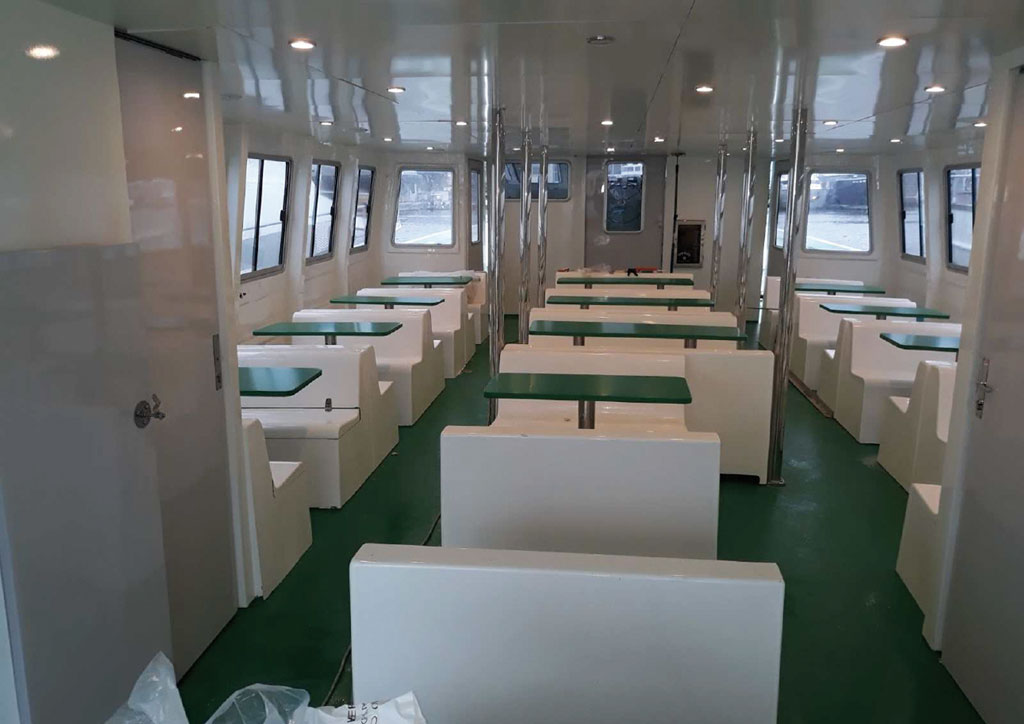 On the main deck, inside the superstructure, there is an arrangement of seats and tables. 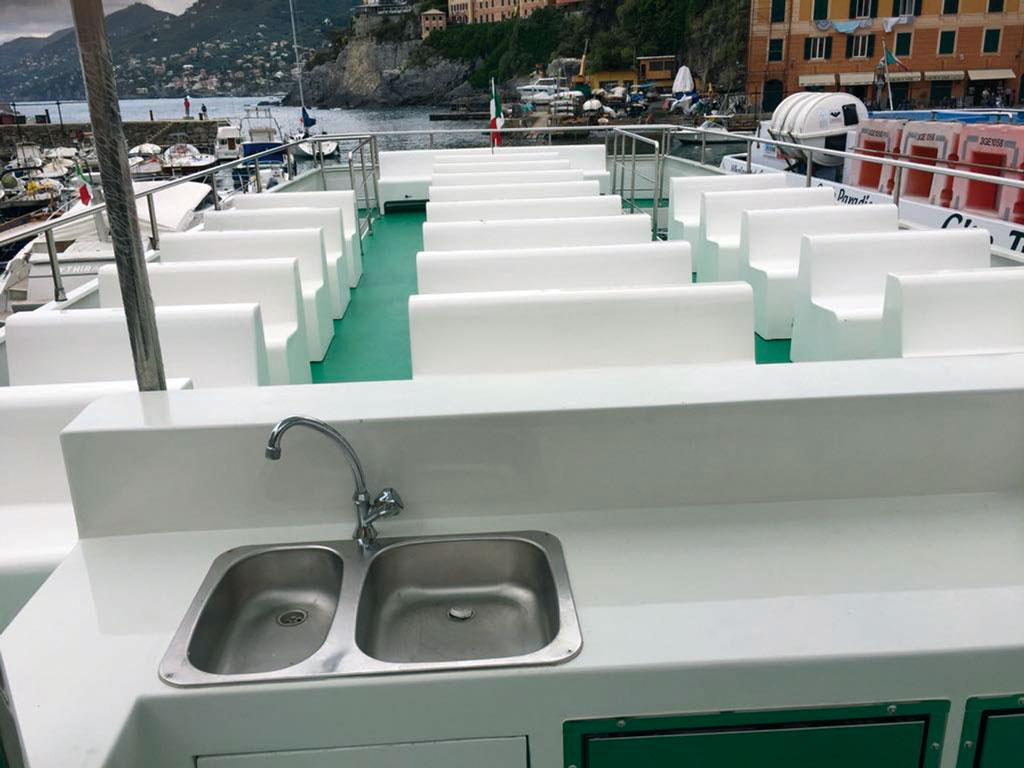 Meanwhile on the sun deck, which passenger can reach via two big stairway at the stern, we find the same seats in three rows. 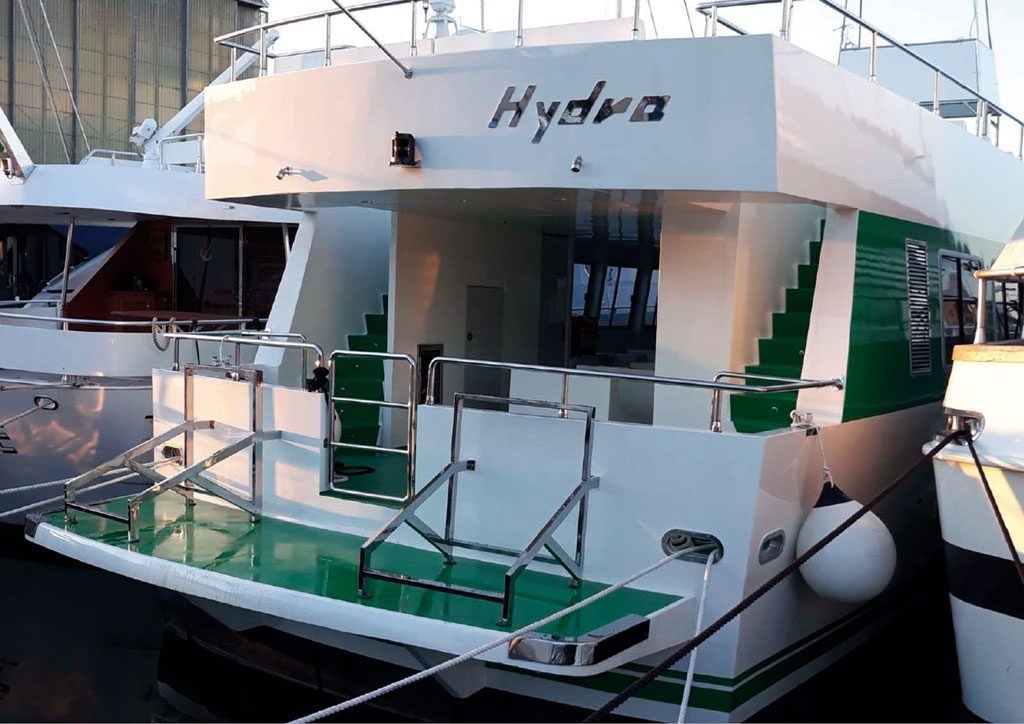 Passenger can embark astern and on the bow forward which is equipped with a wide gangplank that can also receive wheelchairs. 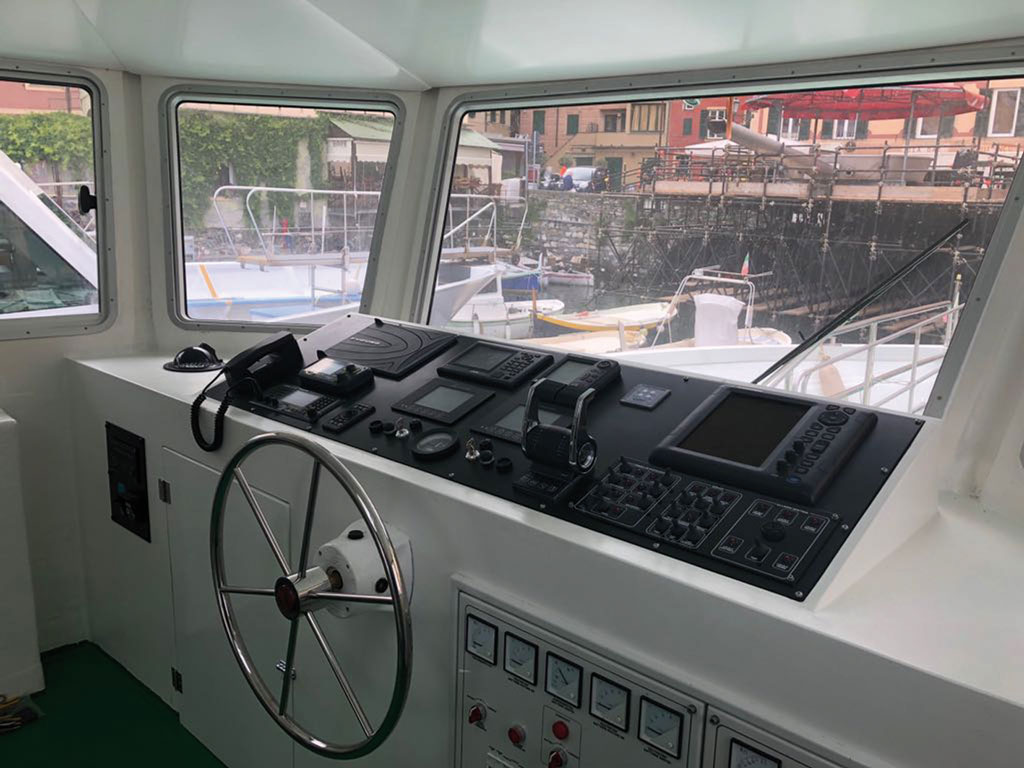 The wheelhouse is located forward on a mezzanine and just behind it, there is a tuna tower with a small bar below. 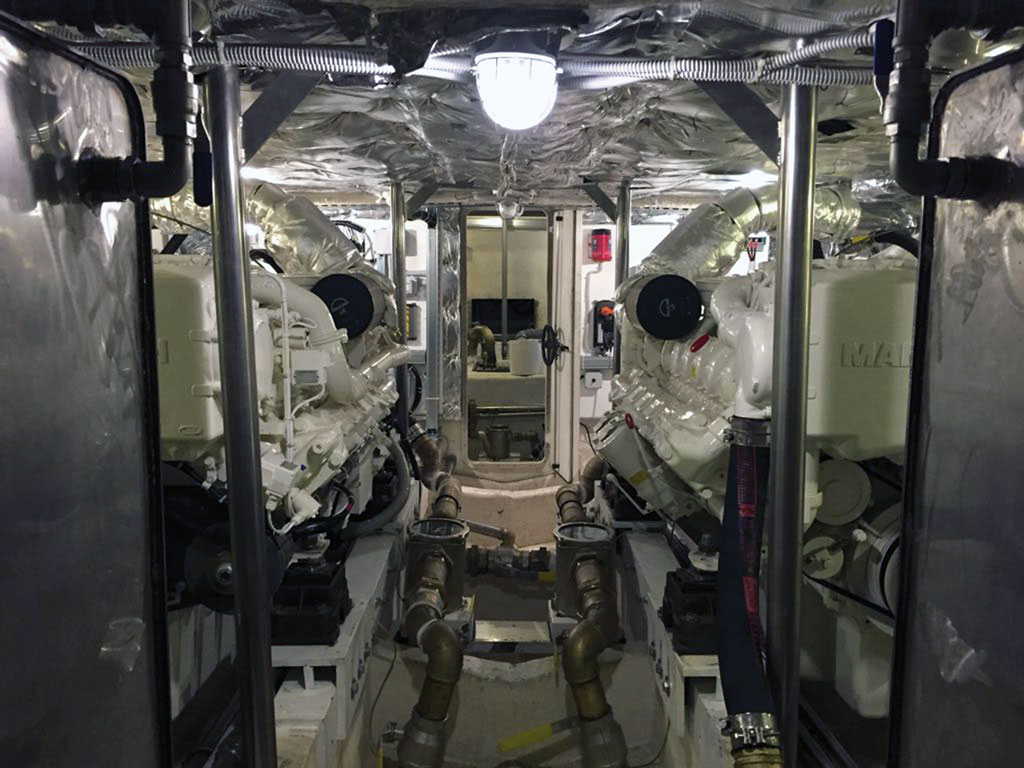 Two MAN D 2842 LE 405 diesel engines, coupled to a pair of fixed-pitch propellers, power the vessel to a cruising speed of 19.5 knots. The engine room was designed to accommodate a hybrid diesel electric system in the future. 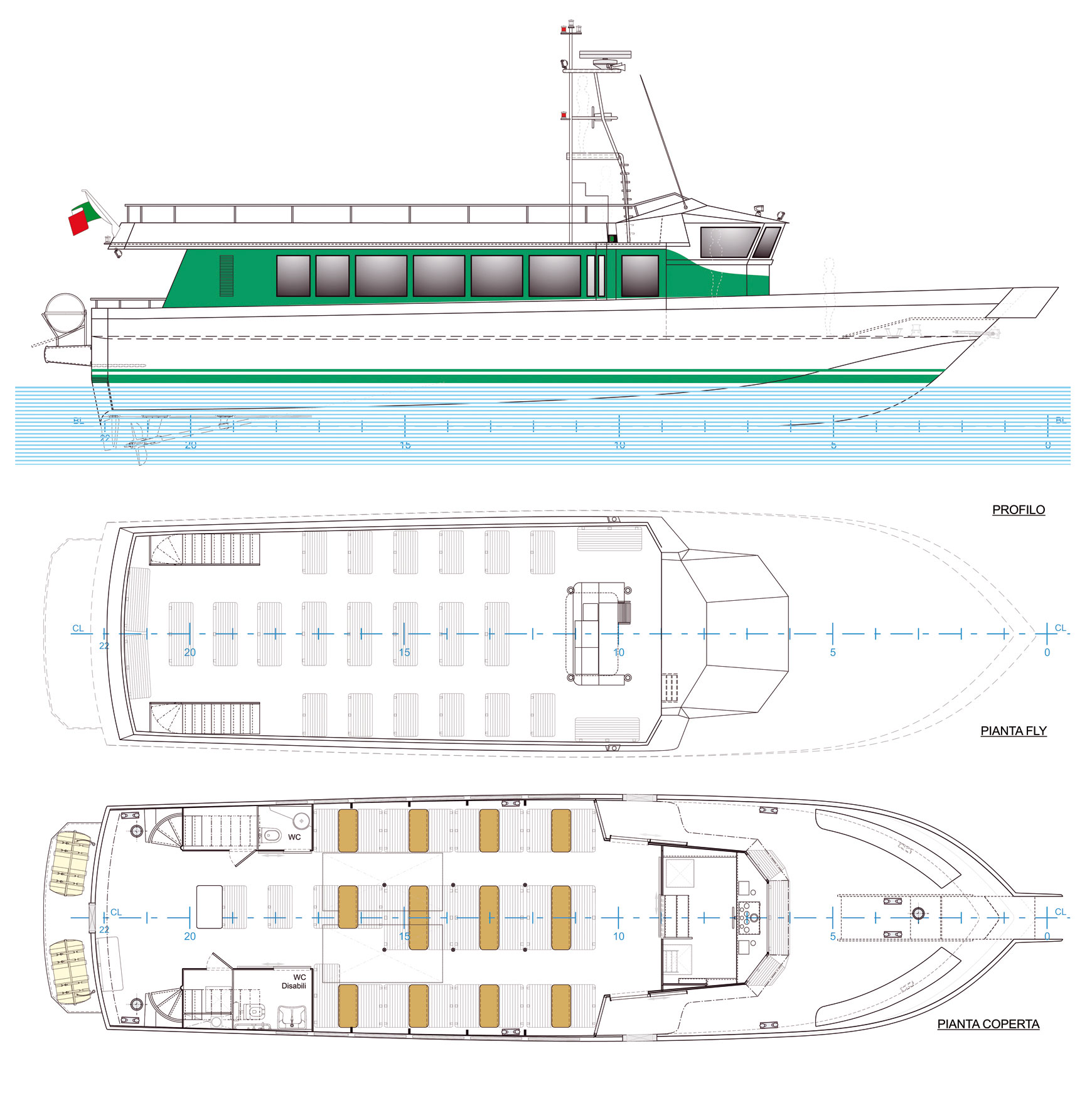