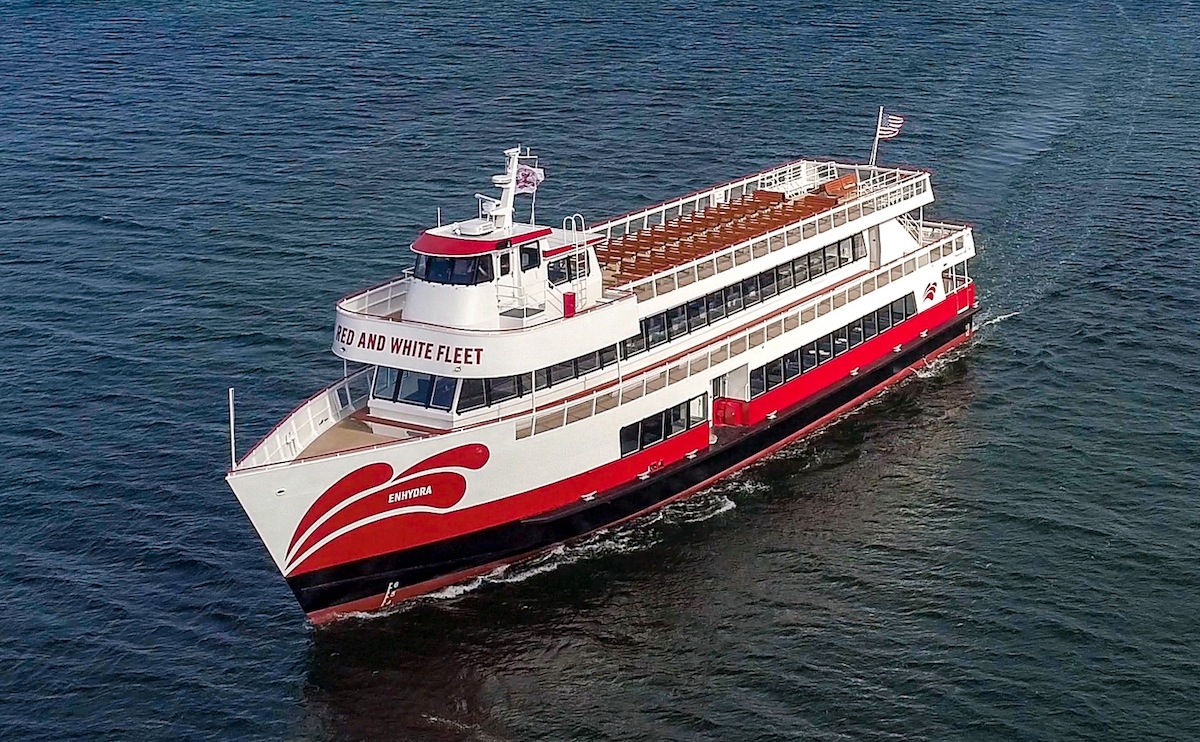 The client’s requirement was for a monohull vessel that could carry up to 600 passengers on three decks, and that would have the least possible carbon emissions: that is, to be the greenest vessel in San Francisco.

To achieve the goal, designer Teknicraft realised it needed to design a vessel with hybrid propulsion that could benefit from electric drive without burning diesel. It would also need to design a hull that would require significantly lower power to maintain cruise speed than conventional vessels.

The complete vessel was designed to be built in aluminium, to significantly reduce the lightship displacement, which in turn reduced the so-called wetted area. This is the area of the hull below the surface which crates drag when the vessel is underway. 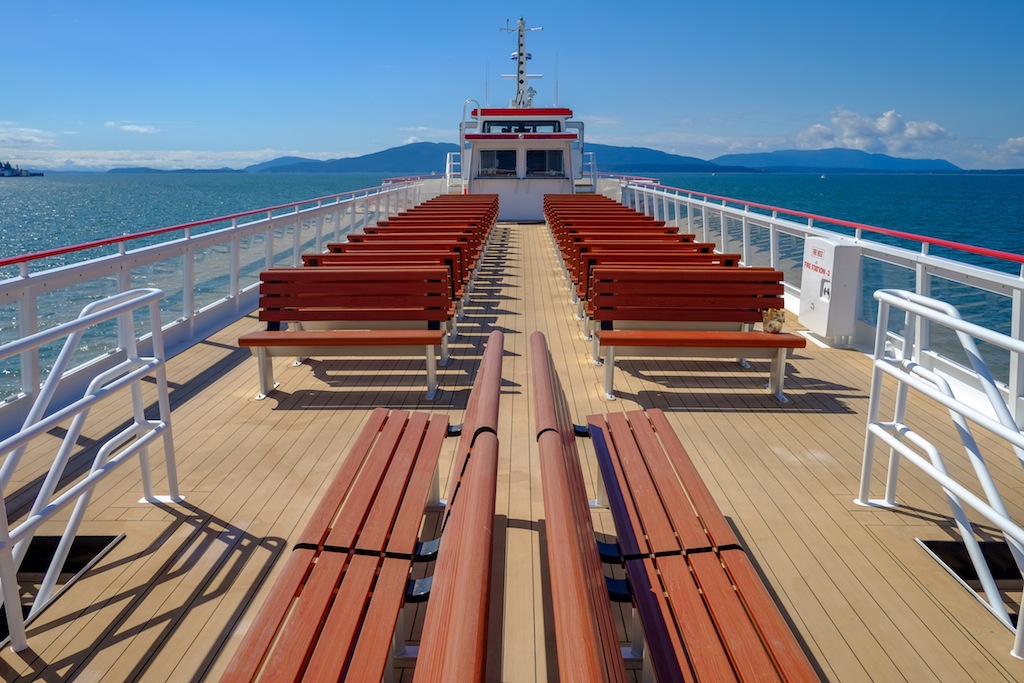 The hullshape was also critical in terms of stability. The client wanted to be able to carry at least 200 passengers in the upper deck, and so the hull needed to be shaped to provide the best stability without compromising on the resistance of the hull.

The client’s wish was to have a vessel that would require no more than 300 to 350 kWhr to do the typical one-hour Golden Gate Bridge cruise a with an average load of 300 passengers. During sea trails of Enhydra it could do this cruise using approximately 200 kWhr, some 40 per cent better than the expectation, and significantly less than any other vessel in the fleet.

Furthermore, the final stability of the vessel exceeded all expectations, to the extent that the US Coastguard certified the vessel to carry 300 passengers on the upper deck, again 50 per cent better than the original criteria.

The initial installation of the electrical storage capacity is 160 kWhr, however the vessel is built to accommodate future upgrade to not only increase the storage capacity, but also to accept new battery technology as it comes available.

Red and White Fleet is currently in the process of installing shore side infrastructure for fast charging of the batteries, which will enable the vessel to do the complete the one-hour cruise on battery power only. 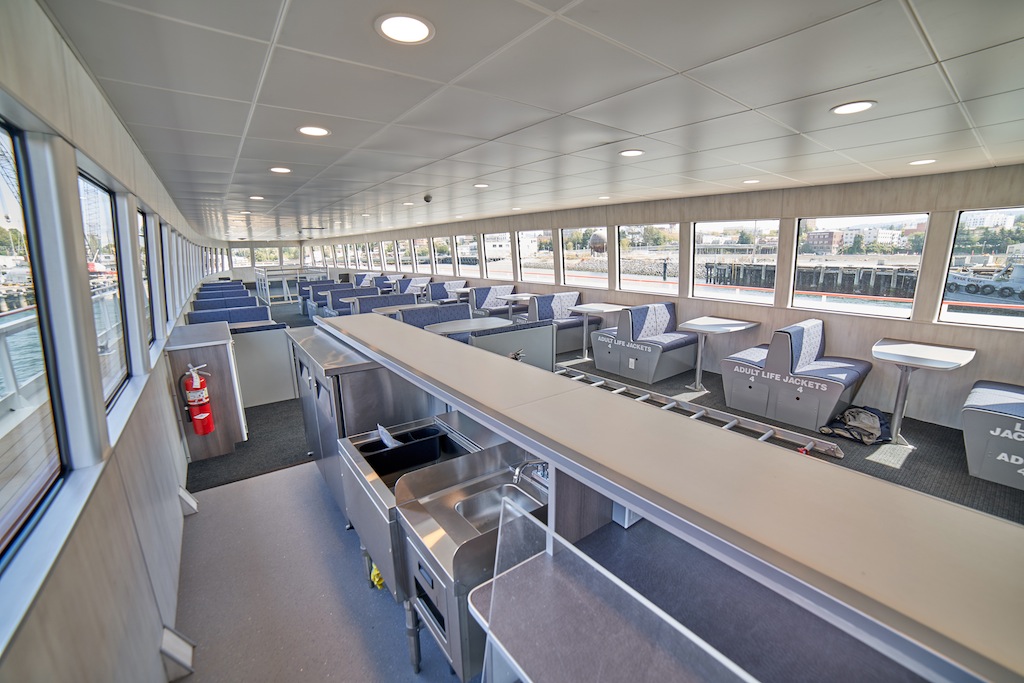 The vessel is fitted with two completely independent hybrid electric propulsion systems, one port and one starboard. This ensures redundancy and safety.

The generator is mounted to a variable speed Cummins QSL9 305kW diesel engine. The system offers parallel hybrid powering of the AC traction motor from either the generator, the batteries or both. The motor is coupled to the propulsion shaft via a reduction gear for thrust and increased propeller efficiency. With this configuration, torque is immediately available to the propeller, and the speed can be precisely controlled.

The system can also accept power from both sources simultaneously to increase output. Each shaft line is fitted with an AC traction motor which is directly coupled to the propeller, via a reduction gear.

A propulsion control system, fitted with AC and DC inverters, regulates and distributes the electrical power as demanded by the propeller, or to charge the Li-ion battery pack.

An auxiliary power system is also fitted to provide electrical power from either the batteries or the diesel engine, to drive bow thrusters and other vessel electrical consumers.

The system can operate in either all electric mode, or in diesel hybrid mode. When operating in electric mode the ship operates in silent mode with zero carbon emission. The range in this mode depends on the cruise speed and the capacity of the energy storage system.

In diesel hybrid mode the engine and generator operate as a variable speed genset providing power required to charge batteries and for propulsion loads. If the load limits drop back under thresholds of the all electric mode then the system will revert back to the all-electric mode. 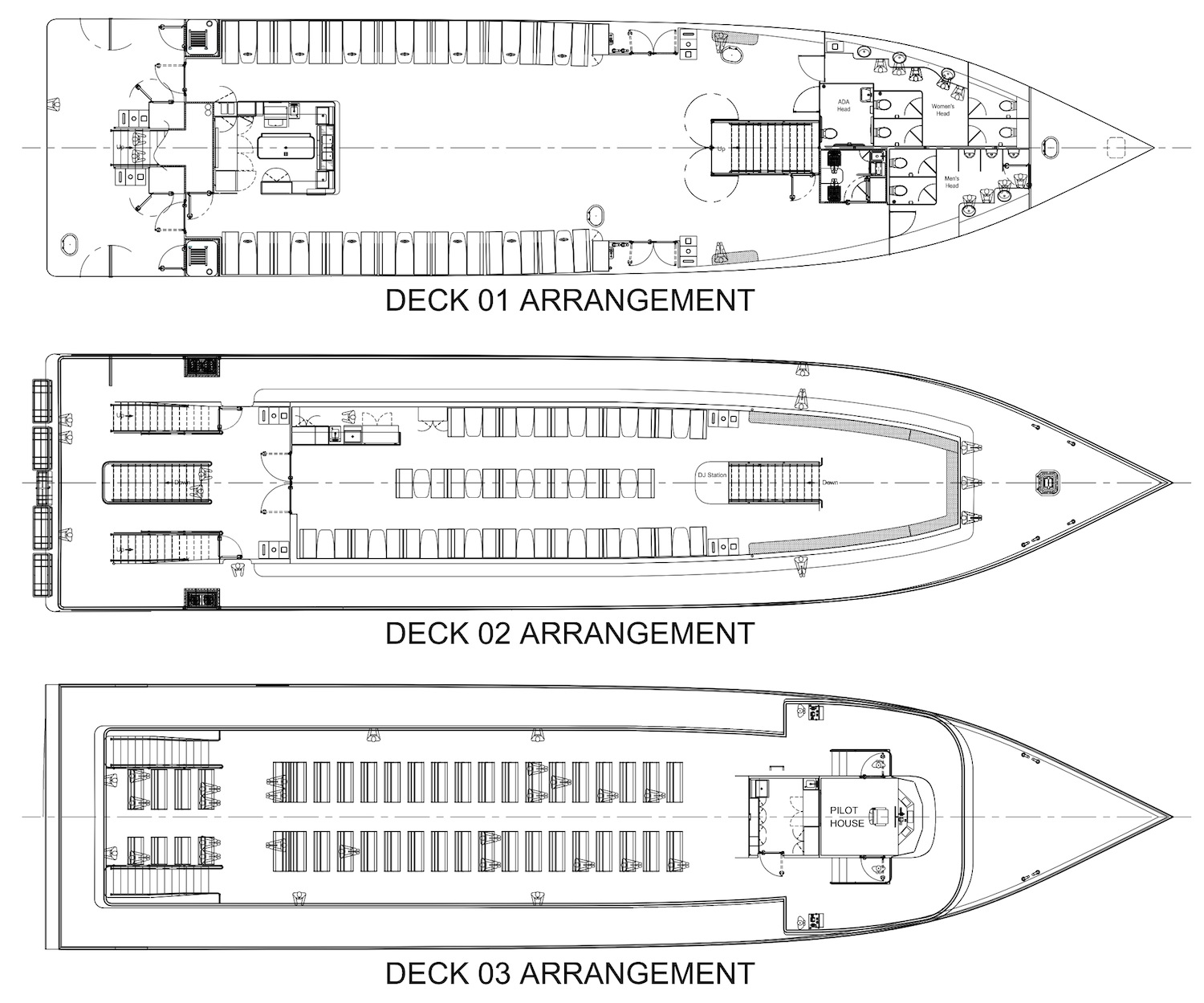