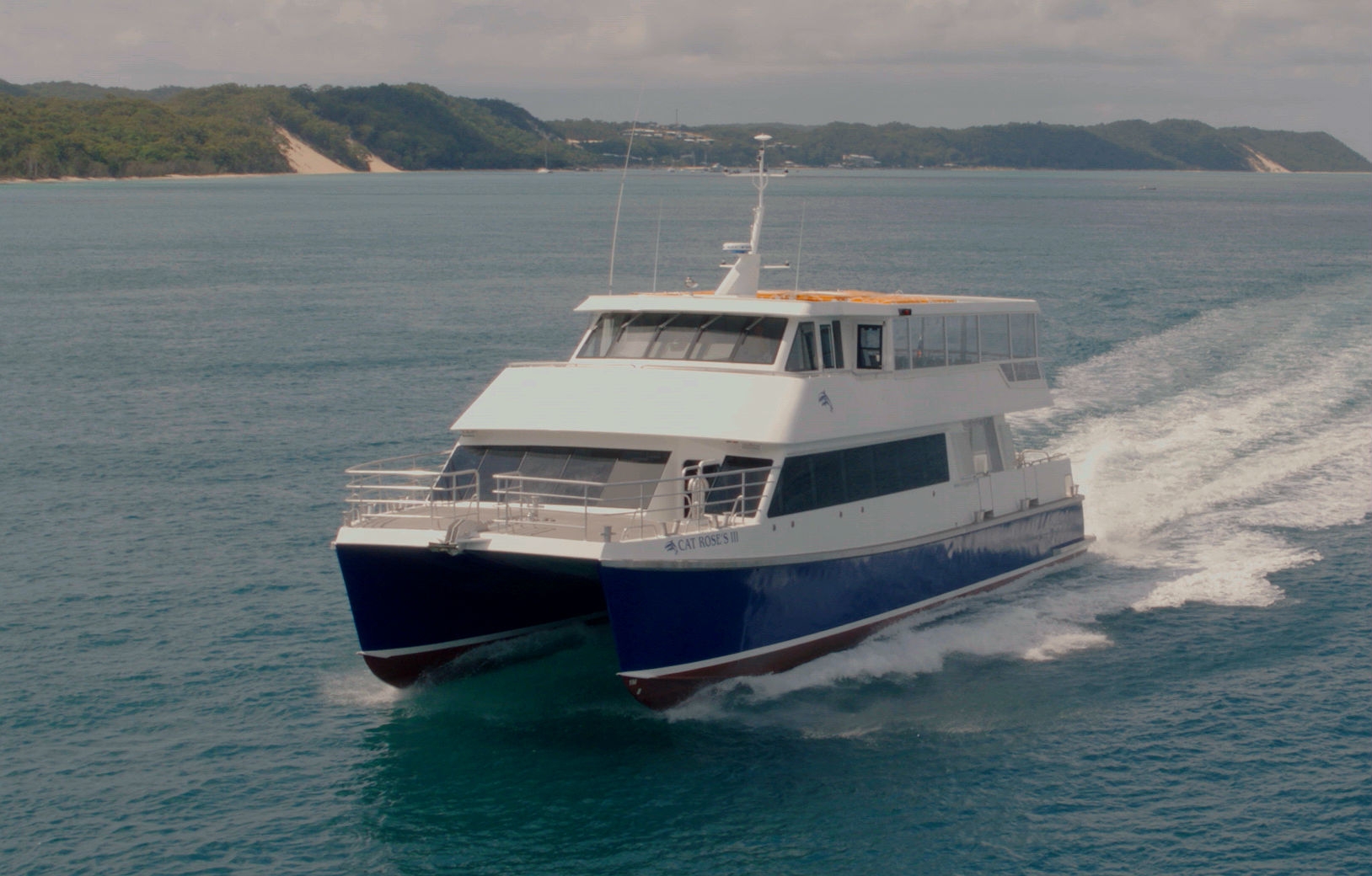 Commercial Marine Australia recently launched its newest, 27-metre fast ferry, based on the owner’s previous 24-metre vessel. Cat Roses III is larger all round to accommodate the owner’s growing operation and tourism expansion between Praslin and La Digue in the Seychelles.

She is the newest edition to Inter-Island Ferries, providing extra return trips between the islands to keep up with the growth of tourism. The brief was simple with this client – keep the vessels looking similar but bring a modern touch to all interior facets and make maintenance extremely functional for the crew.

The client was specific on reducing engine noise throughout the build, so a Wavebar Quadzero sound control system was fitted throughout the engine room, which dramatically reduced noise on the aft back deck. 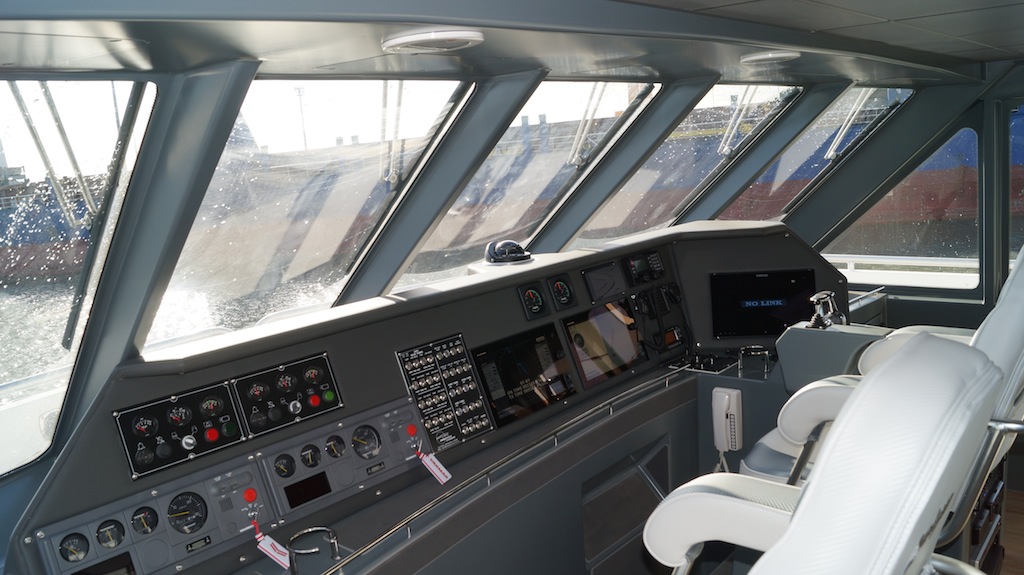 Part of the maintenance plan was the install of full-length stainless-steel liners in the stern tubes and rudderstocks to prevent any corrosion in the future.

Aluminium drip trays were installed under all pumps, air-conditioning units, fuel filter priming and sump pump in and out stations. All machinery spaces were painted white to keep track if there are any fluid spills.

Redundancy was a major requirement for the operation with backed up salt, fresh water and air conditioning pumps. Marine Air Flow supplied four fans total, two forced in and two forced out. Port and starboard Caterpillar generators were matched as per the previous vessel.

One of the major positives with this design was the size of the engine rooms, which easily accommodates the Yanmar 6AYM-WGT main engines. This also allowed room for a basic workshop with toolboxes fitted both sides, with extra space for all spare fluids stored securely. 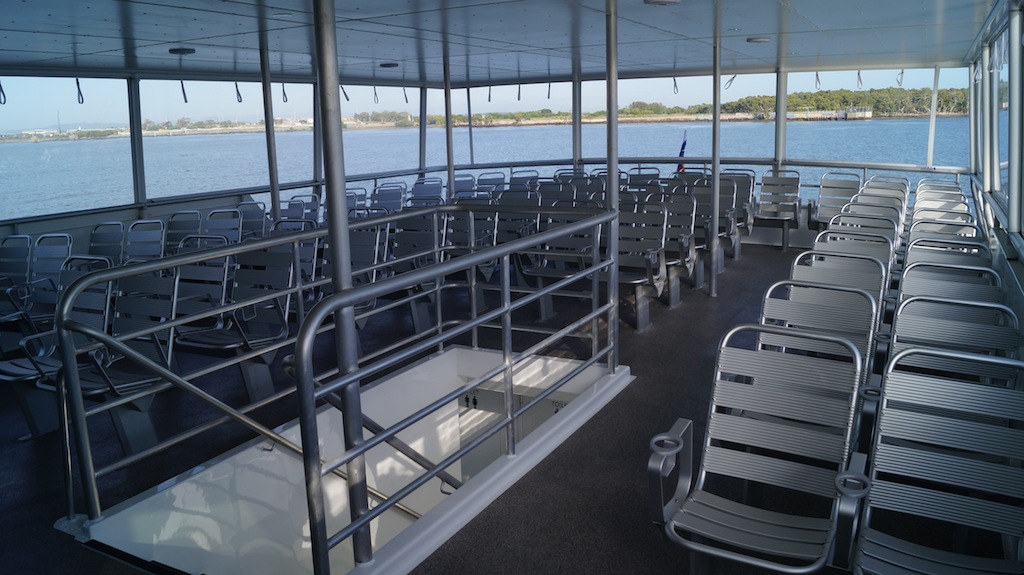 A full-length fibreglass exhaust system to the transom was designed and installed by CMA, with components supplied by Foreshore Marine. Kontrail bulkhead doors between the engine room and tiller flat were fitted to assist with maintenance.

Built to NSCV class 1C for 199 passengers and six crew she provides extra space on both decks for passengers and all their luggage in the extra-large weather tight storage area on the lower aft deck. All three bathrooms are on the lower level, one being wheelchair accessible.

Propulsion is via conventional shafts with an A-bracket setup as the third bearing via an RL Marine stern gear package. The lower level has air-conditioned seating for 110 people and open-air seating on the second level for 89. 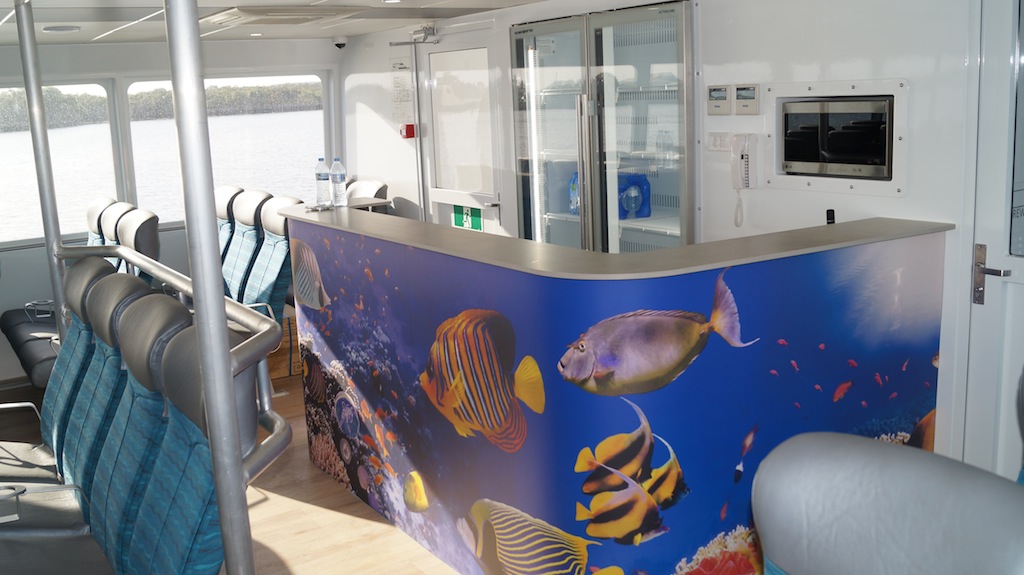 The main saloon provides kiosk/bar for drinks service and three televisions for entertainment. A custom lounge suite forward in the main saloon and custom lounge/crew bed in the helm were supplied by Fuci Custom Interiors as well as the full set of clear upholstery around the second level.

A vinyl plank flooring system was specifically chosen for the low maintenance, easy clean finish and noise reduction, matched with an epoxy two pack white paint finish on all walls. The ceilings on both interior levels are a Dampa tile system to reduce weight.

A complete Furuno package was placed at the helm station with a full AV system including 12 CCTV cameras stationed around the vessel, with two in each engine room. 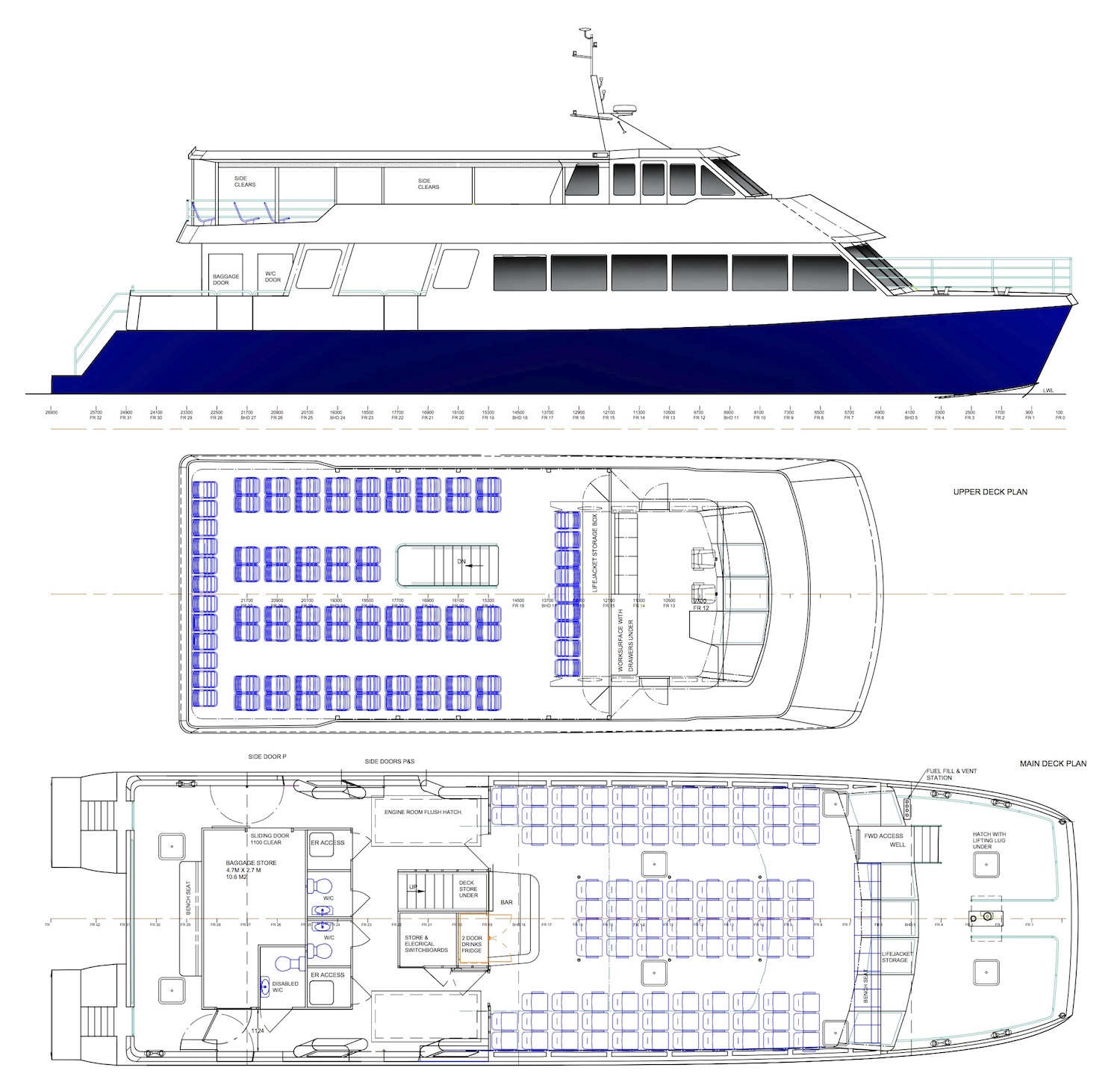