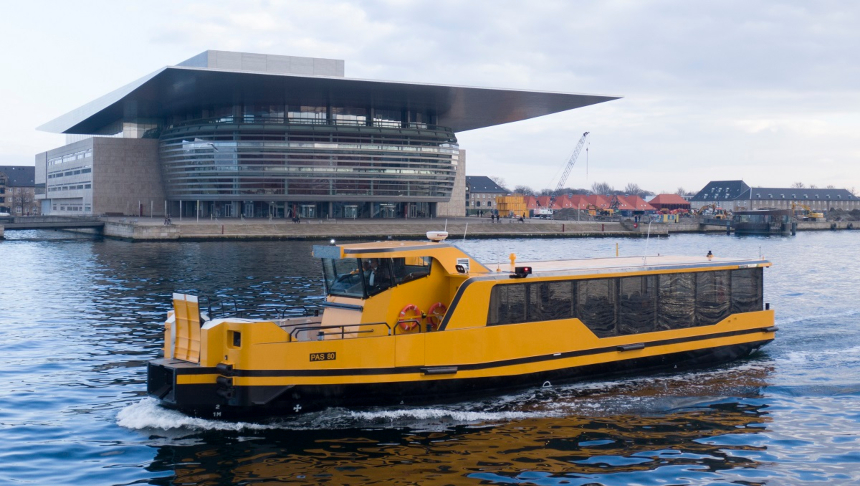 The delivery of the vessels was in fulfillment of a competitive tender that had been issued by Movia, the public transit agency that provides the city of Copenhagen with commuter bus and ferry services through various subcontractors. The tender had called for newbuild vessels to be introduced into service to help modernise the Danish capital city’s existing fleet of waterbuses, some of which have been operating for nearly 20 years.

The newer vessels needed to be able to operate on a sustainable source of energy to enable them to comply with the strict environmental regulations in effect in Copenhagen. Further, they also needed to be capable of seamless integration into the city’s existing ferry infrastructure.

Damen’s in-house engineering team then conducted extensive studies into how both environmental performance and cost-effectiveness could be maximised in a vessel that is also expected to carry up to 80 passengers. Biodiesel, hybrid, and fully electric solutions were all thoroughly considered, but the engineering team eventually decided that the fully electric option would offer the most ideal results in terms of sustainability. Also, the application of computational fluid dynamics (CFD) in the hull design could help minimise resistance in the water, thus ensuring improved operating efficiency that would further prolong the battery life in between chargings.

To satisfy the requirement of compatibility with the current ferry infrastructure, Damen designed the vessels in such a way that they could dock bow-first at the existing jetties, thereby eliminating the need for additional facilities built specifically to accommodate only one vessel type.

The proposed vessel design that was to be developed around these principles was declared the winner of the tender in the middle of 2018. Soon after, Damen began construction of five examples slated for operation by Arriva Danmark on behalf of Movia.

The new ferries each have a steel hull, a steel/FRP superstructure, an LOA of 23.3 metres, a beam of 5.6 metres, a depth of 2.3 metres, and a maximum draught of 90 centimetres. There is foam-padded seating for 80 passengers as well as deck space for four wheelchairs, eight bicycles, and up to 400 kilograms of luggage.

The main cabin and the wheelhouse are each equipped with a toilet and an HVAC unit. The wheelhouse has been raised above the main deck to guarantee improved all-round visibility, though six CCTV cameras have also been installed to provide the crew of two with views of other areas in and around the vessel.

The ferries each have a lithium titanate oxide (LTO) battery system supplied by Swedish power storage specialist Echandia Marine. The system utilises technology developed by Toshiba to enable the batteries to provide power to the engines and the other onboard systems even during instances of low outside air temperature, hence guaranteeing that the ferries can still sail under mild winter conditions.

The LTO battery system features redundant switchboards and provides power to two 55kW electric motors that are connected to a pair of fixed-pitch propellers. Recent trials by Damen have shown this configuration to be capable of propelling the ferries to a speed of nine knots.

The battery system is designed for up to 17 charges per day, and charging can be conducted even as the ferries are rocked about by slight inland water motions such as waves caused by nearby passing vessels. Further, Damen claims that the ferries’ use of these batteries will help reduce Copenhagen’s public transport emissions of NOx, CO2, and particulates by as much as 2.5 per cent, 10 per cent, and 66 per cent, respectively, while noise is kept to a reasonably low 62 dB.

The ferries are also designed to enable remote monitoring of all onboard systems in future. A network of sensors incorporated into the vessels can relay real-time information such as sailing patterns, battery lifecycle, and swell dynamics to a shore monitoring station. With the information on the vessels’ performance being made readily available without having to disrupt regular sailings, operations can become more efficient and the expected downtime for maintenance can be potentially reduced.

In addition to providing the ferries themselves, Damen had also supplied the supporting infrastructure, particularly the charging stations that are installed on the jetties at each end of the route that the vessels will take within Copenhagen’s inland waterways.

Developed in cooperation with Echandia Marine, Heliox, and Staubli, the stations will enable the ferries’ batteries to be fully charged in as little as seven minutes after each one-way trip. Each station will also feature an auto-mooring system to ensure a secure connection between the vessel and the charging infrastructure. 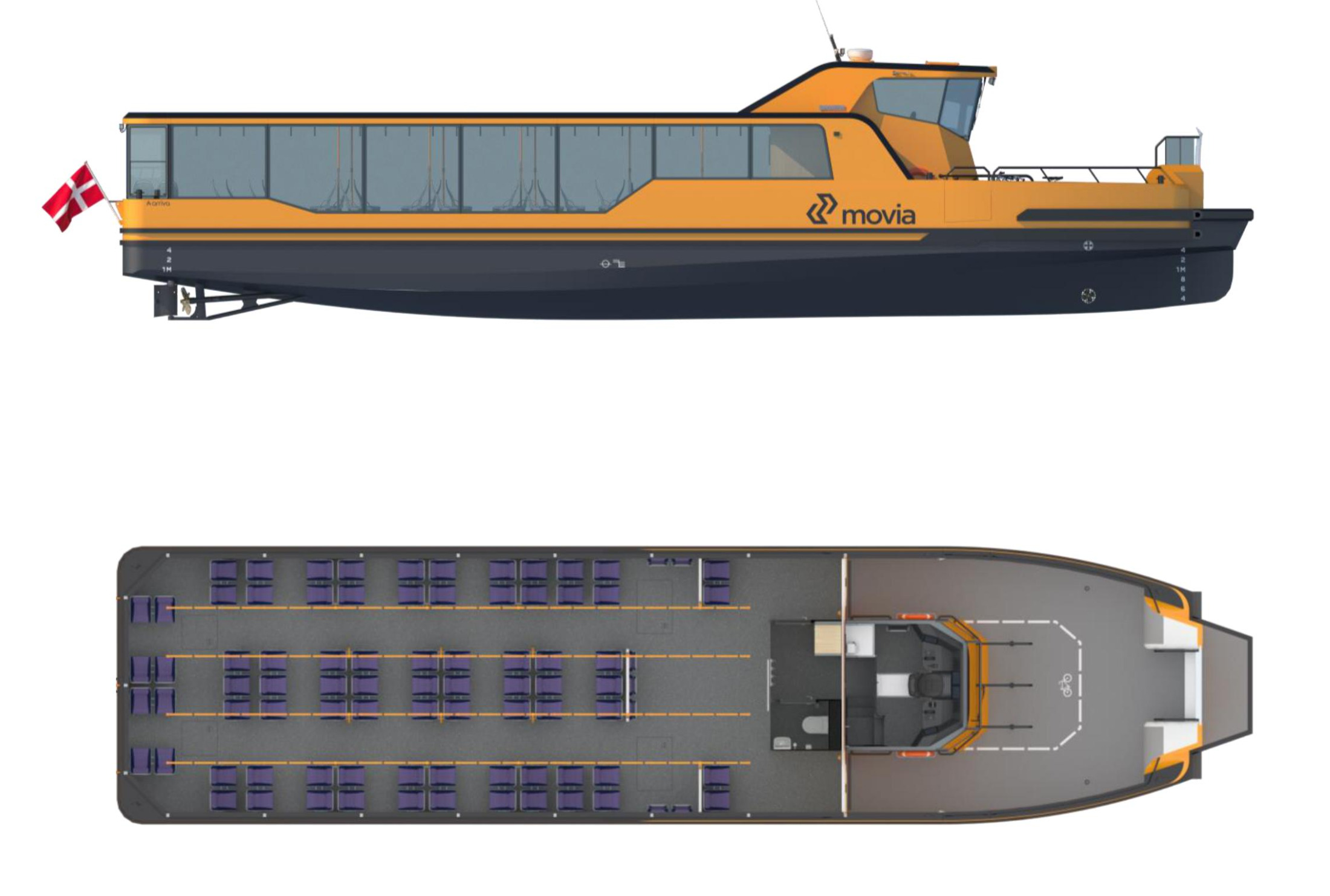