Written by Baird Maritime on January 23, 2018. Posted in Ferries. 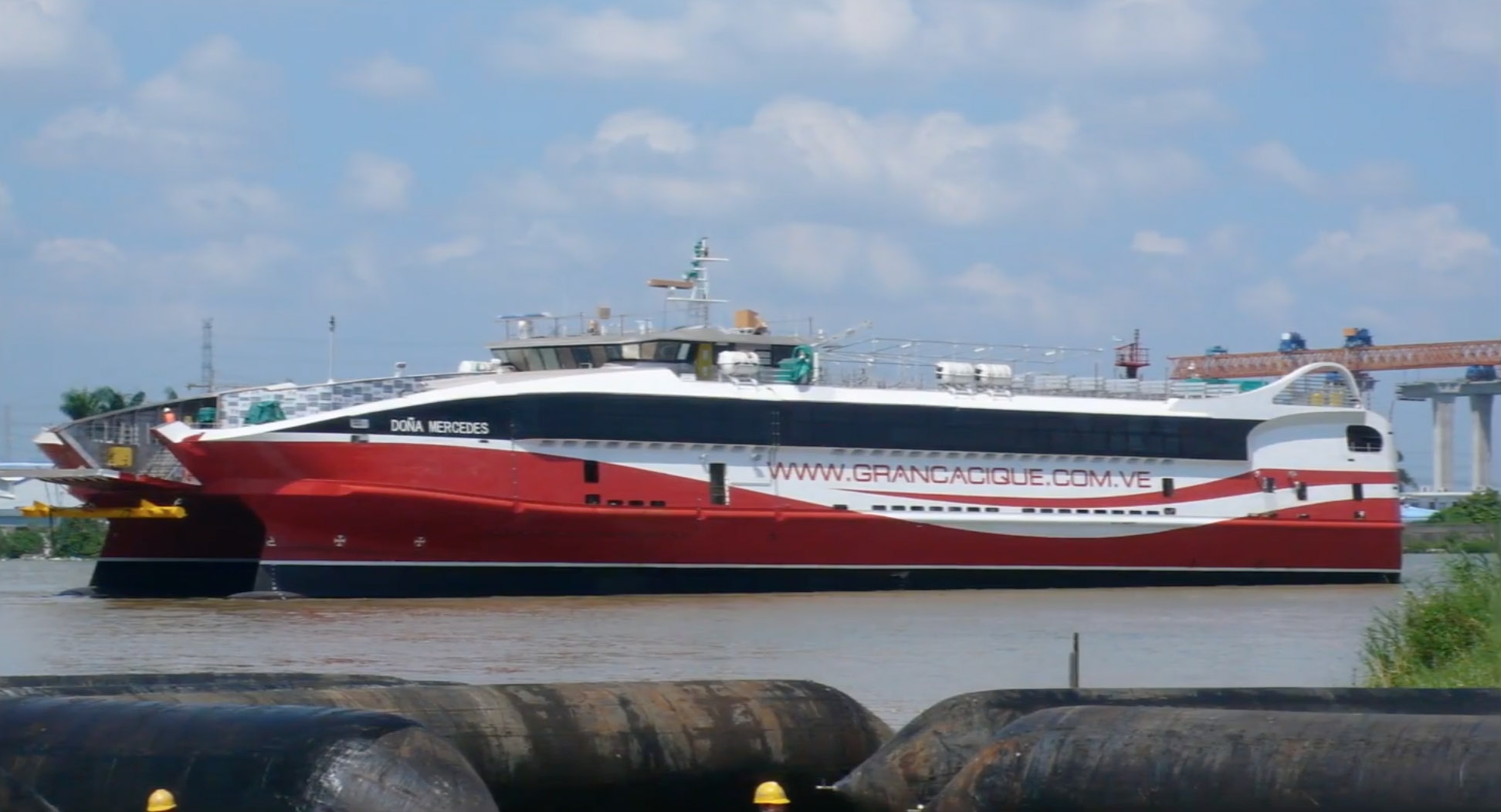 Trinidad and Tobago’s Ministry of Finance has bought a Chinese-built catamaran ferry to service the Toco to Tobago seabridge route.

The newbuild US$17.4 million catamaran, to be named Galleons Passage, is expected to arrive by the middle of April.

Featuring an aluminium superstructure and steel design, the 74-metre catamaran has a 2.75-metre draught that can berth anywhere in the port without dredging. It can accommodate 700 passengers and 100 vehicles.

The ferry was bought from Sea Transport, which constructed the ferry, originally called Dona Mercedes, for a Venezuelan operator which could not complete the boat’s purchase.

Before confirming the purchase, three inspection reports by compiled by Lloyd’s Register of Hong Kong, Australia’s Schulte Marine and University T&T, while Dun and Bradstreet conducted a financial and forensic check on the shipyard, the owner and builder.

Finance Minister Colm Imbert said the cost of the vessel, which will complement T&T Spirit and T&T Express, would be recovered within two years.

T&T Spirit was taken out of service for major repairs in June and T&T Express was scheduled to undergo a maintenance check in December.

The Port Authority of Trinidad and Tobago had failed on seven occasions over a three-year period to buy a vessel.

Mr Imbert said the vessel would cost an additional US$800,000 to sail the vessel from China.