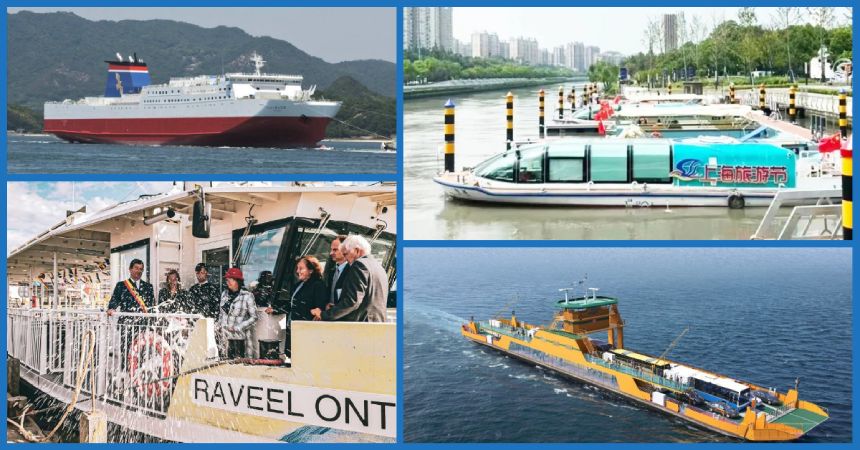 Raveel Ontmoet Ensor was built by Estonia-based Baltic Workboats. It has a length of 22 metres, a beam of six metres, and space for 40 bicycles and 100 passengers including five wheelchair-bound individuals.

The electric propulsion will deliver a speed of 8.6 knots.

The first 12 boats to enter service are each fitted with twin outboards powered by lithium iron phosphate batteries. Their area of operations encompasses the 21-kilometre-long Suzhou Creek that passes through Shanghai.

Design work on the vessels was done in compliance to China Classification Society rules.

Ferry Rokko is a sister vessel to Ferry Takachiho, which was delivered earlier this year.

The newbuild measures 194 by 28 metres and has capacity for 576 passengers and up to 1,972 lane metres of freight. Two JFE-SEMT Pielstick 12PC2-6B diesel engines propel the vessel to a maximum speed of 23 knots.

The Swedish Transport Administration has awarded the Holland Shipyards Group a contract for the construction of two autonomous electric Ro-Pax ferries in a series plus options for two additional sister vessels.

Each ferry will measure 86 by 14.24 metres and will be capable of carrying up to 60 vehicles as well as passengers.

The ferries will be operated remotely from a control centre in Stockholm. However, crews will remain on board to immediately assume control if needed.