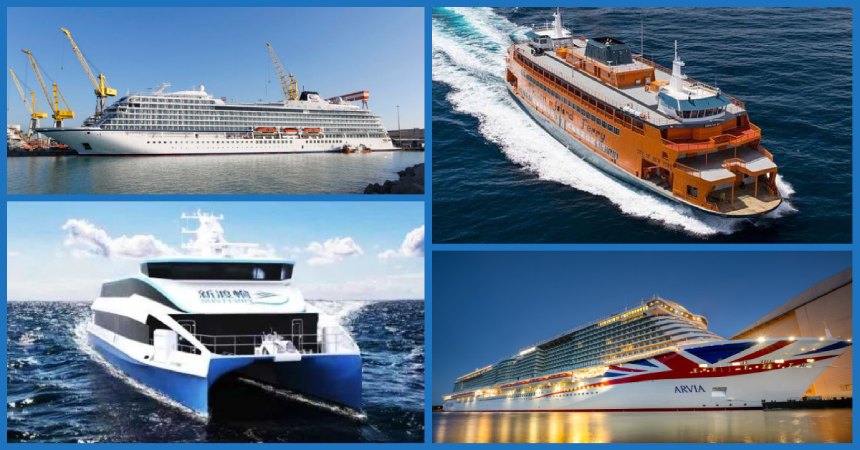 Dorothy Day is the third vessel in the Ollis-class ferries, which were designed by Seattle-based the Elliott Bay Design Group and built by the Eastern Shipbuilding Group of Panama City, Florida. All three ferries will provide commuter services between Staten Island and Lower Manhattan, serving both commuters and tourists.

Like earlier sisters SSG Michael H. Ollis and Sandy Ground, the newbuild measures 319 by 69 feet (97 by 21 metres) and can transport up to 4,500 passengers.

Viking Neptune is the ninth in a series that also includes the recently delivered Viking Mars.

Among the guest cabin options are an owner’s suite with its own dining area, conference room and private sauna, 46 other spacious suites in two classes, and 418 all-veranda staterooms. Other facilities include an infinity pool at the stern, numerous al fresco restaurants, a spa, a sauna, a lounge, and a library.

The ship is undergoing final technical and sea trials in Germany before it sails on its delivery voyage to the UK.

Arvia has capacity for 5,200 guests in 2,614 cabins as well as an LNG propulsion system.

Two of the ferries will be hybrid-powered vessels with capacity for 500 passengers while the third ferry will be powered by conventional engines and will have space for 400 passengers. All three will be built in compliance to China Classification Society (CCS) rules.

CCS said one of the 500-passenger ferries will be delivered by December 2023. It will sail under the Hong Kong flag and will be operated in Hong Kong waters.