Over 60 rescued from capsized ferry in Cebu, Philippines 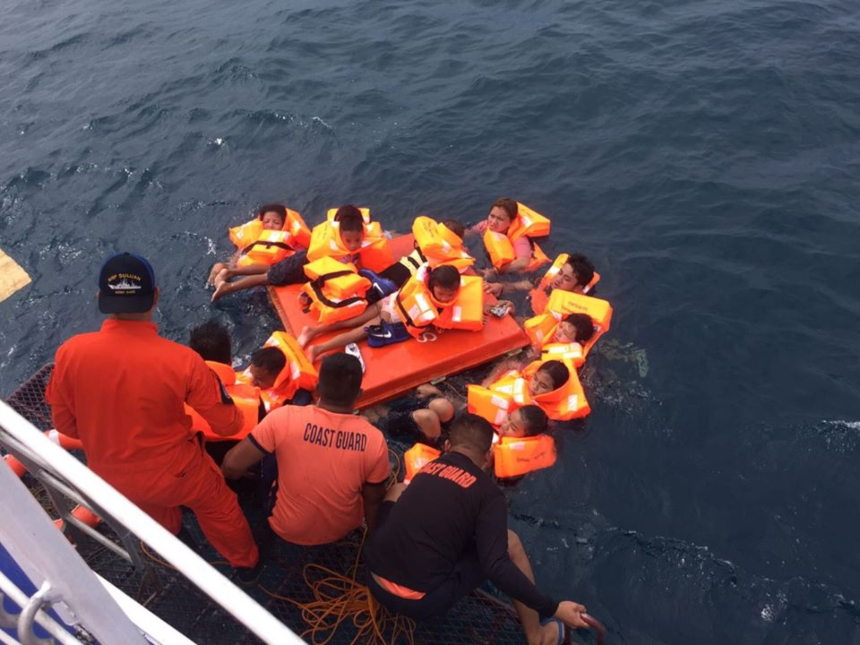 The Philippine Coast Guard has reported the successful rescue of all the passengers and crew of a vessel that capsized in the waters of Cebu province on Thursday, November 7.

The incident occurred shortly before 11:00 local time when Siargao Princess, a banca-type light ferry, began experiencing water ingress after being struck by a 1.5-metre swell in Cebu Strait some five nautical miles south of the town of Sibonga.

Siargao Princess continued to sail for a few more minutes. However, the crew were unable to get the subsequent flooding under control, and the vessel ultimately overturned bow-first approximately 1.6 nautical miles off Carcar Point in Cebu.

Eyewitnesses immediately reported the incident to the Central Visayas District of the Philippine Coast Guard, which then ordered the multi-role response vessel BRP Suluan to proceed to the area to render assistance.

A patrol boat from the Philippine National Police’s Maritime Group and a Ro-Pax vessel owned by local shipping company Lite Ferries also participated in the search and rescue (SAR) operation.

The coast guard picked up 59 survivors out of the water while Siargao Princess‘ remaining three passengers and one crewmember managed to swim safely to shore.

Authorities concluded the SAR operation at 14:30 after all of Siargao Princess‘ passengers and crew were accounted for.

The survivors were later brought to Cebu City to receive medical treatment.