Written by Baird Maritime on October 26, 2017. Posted in Ferries. 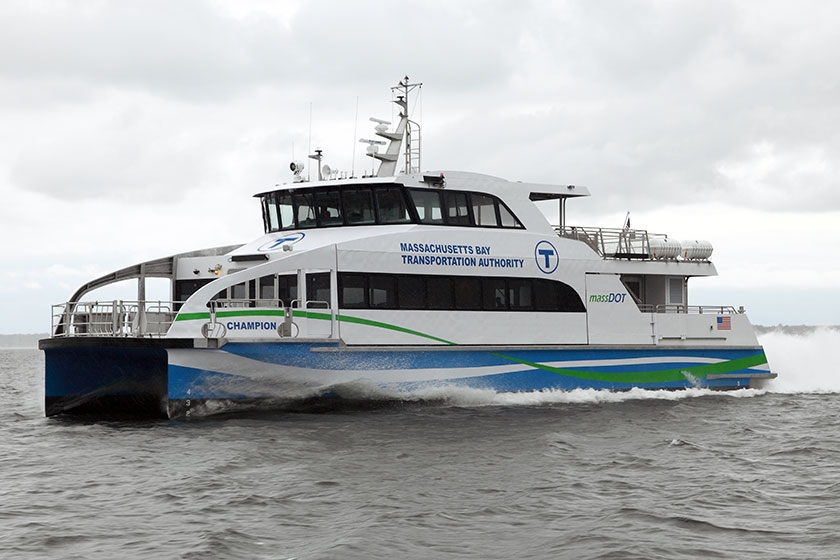 Designed by Incat Crowther, Champion is powered by a pair of Caterpillar C32 Acert engines driving Hamilton HM571 water jets, for a service speed of 26 knots and a top speed of 30 knots.

Fully ADA complaint, Champion seats up to 150 passengers including four wheelchair spaces and accessible bathroom. Champion also has a concession area, luggage rack, bicycle storage for 10 and a ticket counter.

The design is optimised for bow loading, with double-width gates and doors, while the wheelhouse meets strict visibility requirements by allowing the captain to clearly see the foredeck.