Written by Baird Maritime on September 11, 2018. Posted in Ferries. 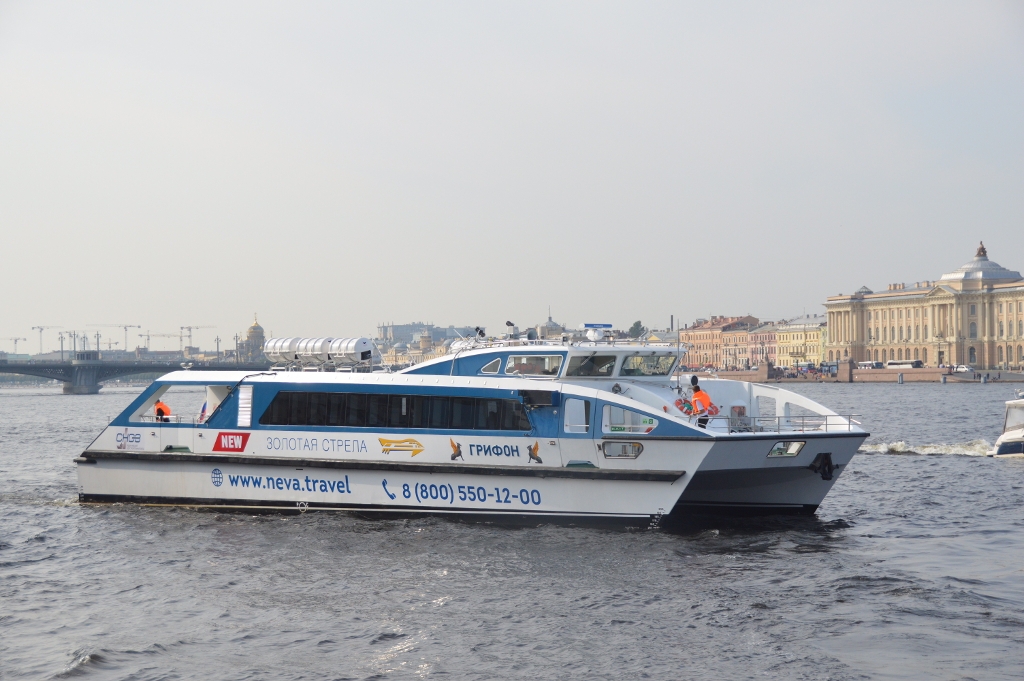 Sredne-Nevsky Shipbuilding has delivered the Project 23290 passenger ferry Gryphon to the Neva Travel Company, which runs ferry services along the rivers and canals of St Petersburg.

On September 8, the catamaran made its first tourist trip with 150 passengers on board. The time of transfer from St Petersburg from the Senate Pier to Peterhof was 40 minutes.

The composite vessel is 25.7 metres long, with a beam of 9.03 metres and draught of 1.5 metres. The range of the vessel is 540 nautical miles with a maximum speed is 29.5 knots. She can be operated at a wave height of two metres.

The small draught makes it possible to operate the catamaran in shallow water areas, and its dimensions allow it to pass freely under most bridges. The ship has good manoeuvring characteristics, able to make a turn around its axis practically on the spot, which is a big plus in the constrained conditions in which it operates.

In contrast to the “Meteors”, river passenger ships with hydrofoils, Gryphon does not need specially equipped berths and can be moored at almost any quay. Landing and disembarkation of passengers can be made both from the bow of the vessel and from the stern, all with a crew of just two people.