Written by Baird Maritime on February 19, 2019. Posted in Ferries. 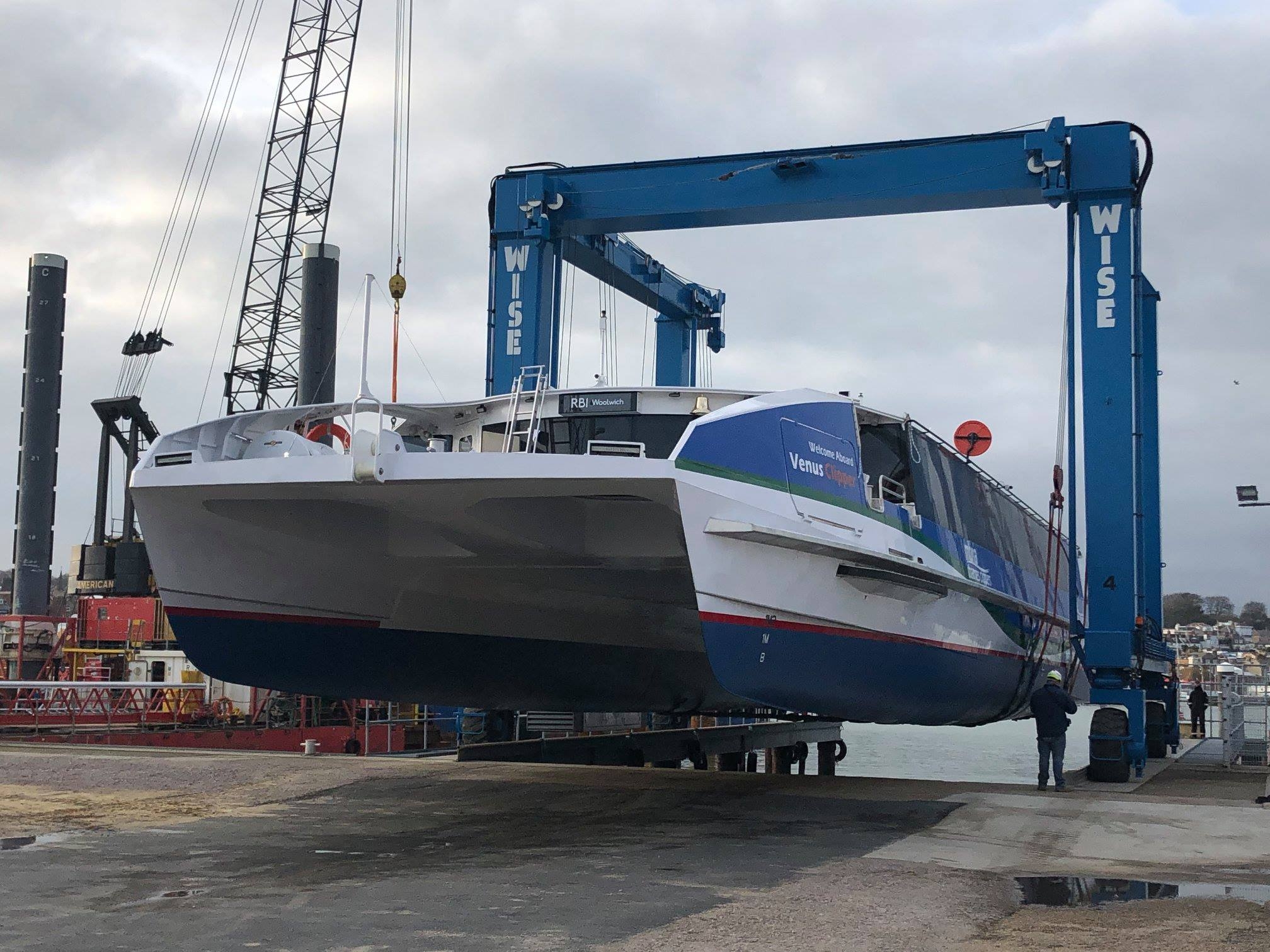 Venus Clipper, a new catamaran ferry being built for London-based MBNA Thames Clippers, was lowered into the water for the first time on Thursday, February 14.

The vessel is presently undergoing a series of builder’s tests and sea trials at Wight Shipyard before its delivery, which is scheduled in the coming weeks.

Venus Clipper will be the 19th vessel to join the MBNA Thames Clippers fleet.