Written by Baird Maritime on March 1, 2018. Posted in Ferries. 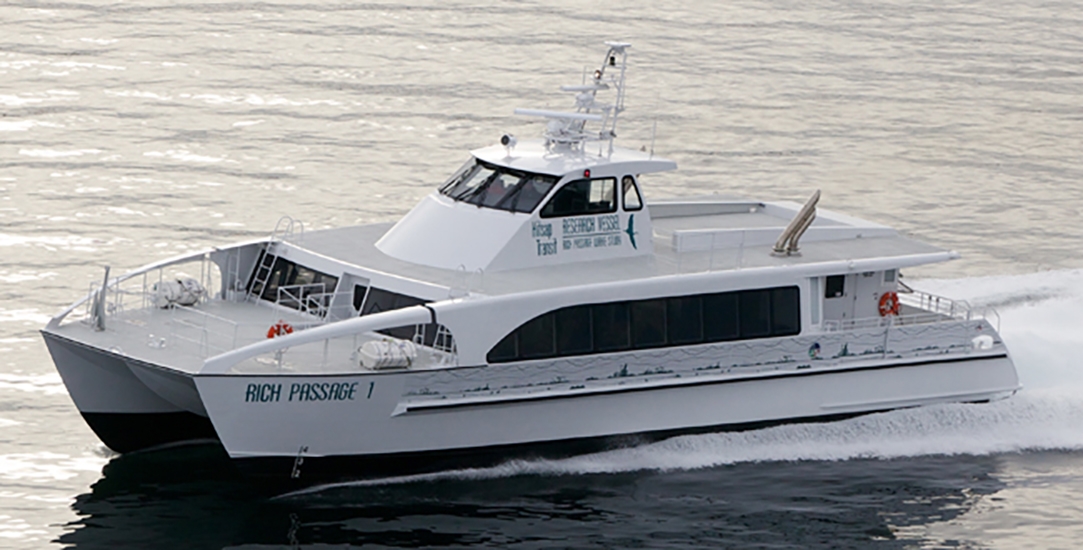 Washington-based All American Marine has been awarded a US$15 million contract to build two 23.4-metre passenger ferries for Kitsap Transit.

Designed to carry 118 passengers at low-wake speeds of 37 knots, the ferries will operate on the cross-sound route between Bremerton and downtown Seattle.

The new RP-class vessels are dubbed RP-2 and RP-3 after their 2011-built sistership that established the class.

When complete, one will be used for an additional service and the other as a back-up option.

Kitsap Transit Executive Director John Clausen said the design was a collaborative effort led by Auckland-based Teknicraft Design and including the University of Iowa’s IIHR-Hydroscience and Engineering Research Centre, naval architects from INSEAN in Rome, Italy, and a leading America’s Cup design consultant.

Carrying a crew of four, the vessels will be powered by four Caterpillar engines producing 642kW at 2,200rpm each.