Written by Baird Maritime on April 7, 2020. Posted in Ferries. 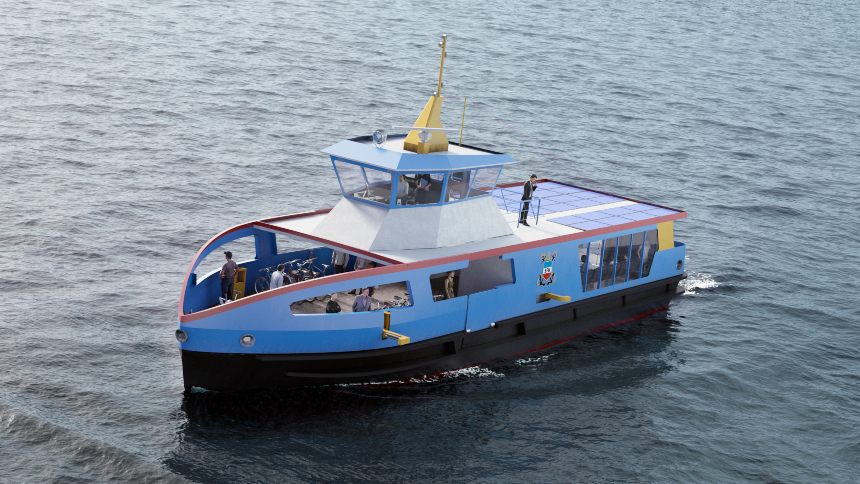 Holland Shipyards Group has laid the keel for the future Düsternbrook, the second of two fully electric ferries in a series ordered by German operator Schlepp- und Fährgesellschaft Kiel (SFK).

The vessel will have a length of 24.7 metres, a beam of 6.5 metres, capacity for 140 passengers and 60 bicycles, an automated mooring system, and a battery pack to power the engine. It will also have 20 solar panels on the roof to provide power for the onboard electrical network.

The vessel will operate within the area of Kiel, between Reventlou and Wellingdorf. It is expected to enter service at the end of 2020.