Written by Baird Maritime on January 30, 2018. Posted in Ferries. 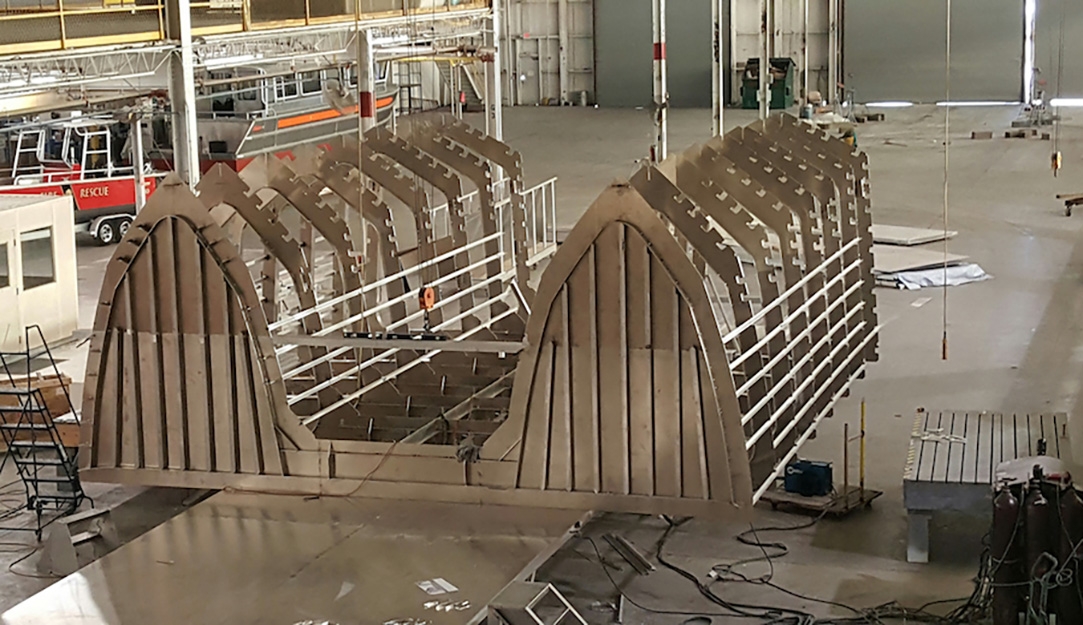 North Carolina Department of Transportation has pencilled in a June delivery for its new passenger-only ferry.

Under construction at US Workboats’ Swansboro shipyard, the 28.0-metre by 7.9-metre by 2.1-metre aluminium ferry will be used on the existing Hatteras-Ocracoke car ferry route.

Powered by four Caterpillar diesel engines, producing 600kW at 2,300rpm, the ferry will have an operating speed of 28 knots.

The US$9 million passenger ferry project is being funded by a grant from the US Federal Lands Access Program and an appropriation from the General Assembly.