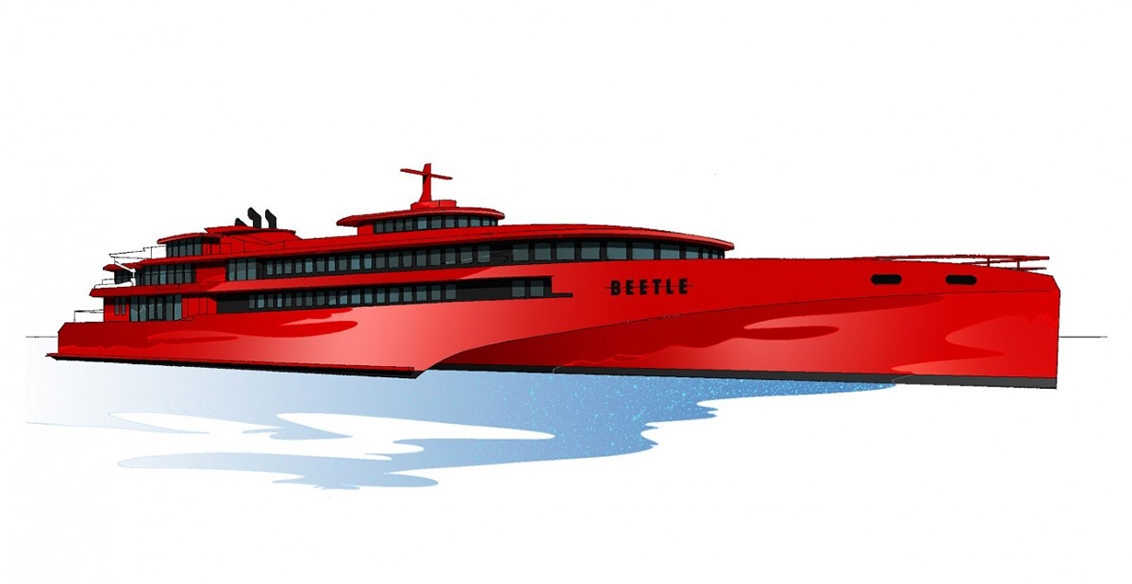 The 83-metre trimaran, with a capacity for 502 passengers and an operational speed of 37 knots, will service the key strategic route between Fukuoka, Japan and Busan, South Korea.

The vessel will feature a customised interior developed by Eiji Mitooka of Don Design Associates, who is best known for the interiors of JR Kyushu’s high-end passenger trains.

Construction will begin in late 2018, with services scheduled to begin before the Summer Olympic Games at Tokyo in 2020.