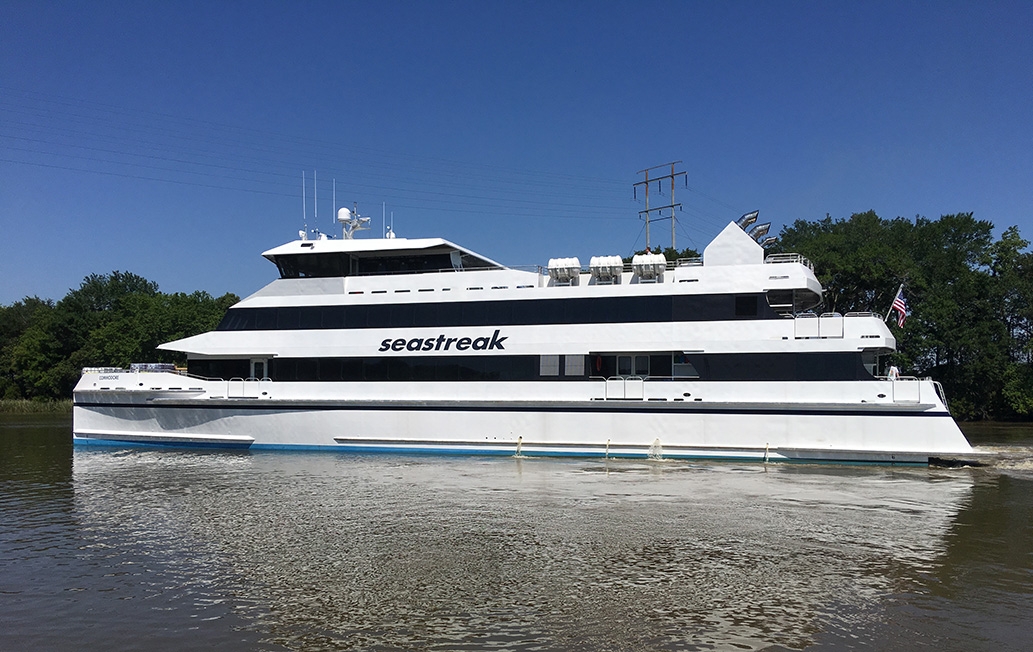 Seastreak Commodore has four main-deck bathrooms and three bathrooms on the second deck.

Featuring an accredited safety management system certified by the American Bureau of Shipping Class Society, the Commodore-class catamaran will undergo another round of USCG New to Zone inspections before being placed into service between Wall Street and Monmouth County, New Jersey.