Written by Baird Maritime on April 7, 2021. Posted in Ferries. 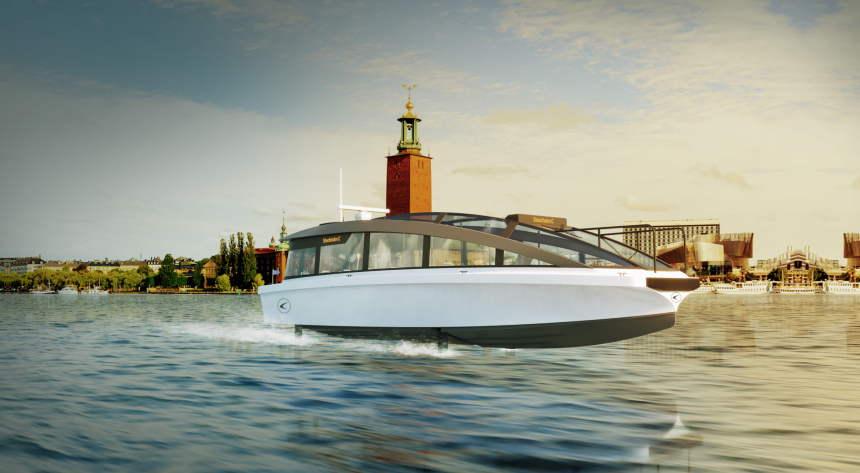 Swedish builder Candela Speed Boat has been selected to supply a new high-speed, electric hydrofoil shuttle ferry for operation in the city of Stockholm.

The development of the vessel will be a joint pilot project between Candela and the Stockholm Regional Council, which also manages public transport in and around the Swedish capital city.

The vessel will be capable of transporting 30 passengers at speeds of up to 32 knots without emissions, wakes, or noise pollution. It will be equipped with computer-controlled hydrofoils that will lift the hull above the water and allow cruising on battery power alone for up to 60 nautical miles at 20 knots.

Candela said the vessel, which is scheduled to enter service in 2022, will have a 50 per cent lower operating cost and an 80 per cent lower fuel consumption compared to a traditional diesel-powered ferry.